An Axios reporter who covered President Joe Biden’s campaign has been dating a White House deputy press secretary for months.

Axios has been aware of 27-year-old Alexi McCammond’s and 32-year-old TJ Ducklo’s relationship since at least November, Politico Playbook reported Tuesday, but allowed McCammond to continue writing about Biden though she was shifted towards covering progressives.

In a statement shared with the Daily Caller News Foundation, an Axios spokesman said that “Alexi disclosed her relationship with TJ to her editors in November and asked to be taken off of the Biden beat.”

“We reassigned her to cover progressives in Congress, the progressive movement, and Vice President Kamala Harris. Alexi is a valued member of the Axios team, and we stand behind her and her coverage,” the spokesman said.

McCammond, who is also an NBC/MSNBC contributor, discussed Biden positively in an Axios podcast after Biden’s inauguration, Politico reported.

“What we’ve seen from Biden is compassion and empathy and a focus on unity in a way we certainly haven’t seen from President Trump,” McCammond said. (RELATED: Ocasio-Cortez Accuses Nancy Mace, Who Said She Was Raped At 16, Of Minimizing Survivors’ Trauma) 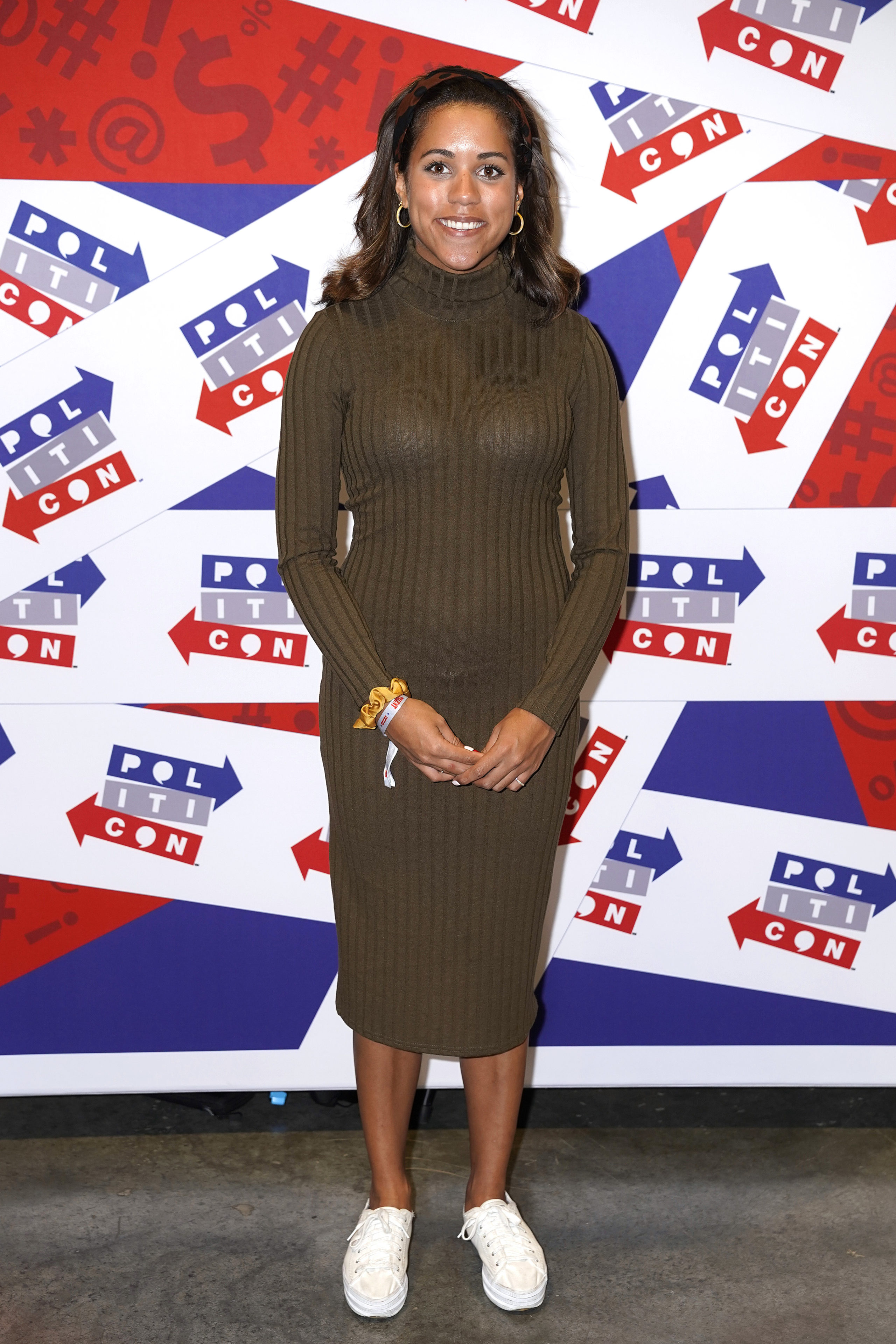 The Axios reporter previously posted about her relationship with Ducklo on Instagram, sparking speculation among media, according to Politico. (RELATED: Psaki Says Biden Has ‘Long’ Held Pro-Abortion Positions. He Changed His Mind On Taxpayer-Funded Abortions In 2019)

Politico reached out to the White House with questions about the relationship in late January, and informed Biden’s press team Monday evening that it would publish information about Ducklo and McCammond in the morning.

It would be nice if there was some discussion about @TDucklo & the WH threatening reporters who called for comment on a story about Ducklo sleeping with a reporter who covers the admin.

“We both realized we both felt the same way,” Ducklo told PEOPLE. “We’re both really happy, and we wanted to do it the right way”

McCammond also told PEOPLE, “When my personal life had the potential to interfere with my work, I didn’t think twice about sharing my happiness in November with Axios that I’d found someone in TJ who shows up for me in a way I’d only hoped for.”

“Switching beats was an easy decision thanks to my Axios [family], who had my back in November and know just how lovely it is to find someone who cares deeply about you,” McCammond added.

Jim Vandehei, who co-founded both Axios and Politico, told Playbook last month that he was “pretty removed from who [McCammond] dates,” but did know “a little bit about it.”

“She’s not covering him,” Vandehei told Playbook. “Well, maybe she talks about him on TV.”

The White House did not immediately respond to a request for comment from the DCNF. McCammond and Ducklo did not return requests for comment.