The media’s hysteria has disappeared as President Joe Biden requests mass resignations from Trump-appointed U.S. attorneys, marking a shift from when former President Donald Trump did the same.

Biden will reportedly ask almost all Trump-appointed U.S. attorneys to resign as soon as Tuesday, CNN reported. The move is expected to affect 56 Senate-confirmed attorneys, the network added. This turnover is common as new presidents transition into office, but the media’s reaction has differed, with some seeming to take more issue when Trump made resignation requests in 2017.

With Biden’s mass resignation request, CNN opted for a straightforward headline, writing, “DOJ [Department of Justice] to ask Trump-appointed US attorneys to resign.”

In 2017, the network opted to highlight the “anger” over the Trump administration’s “handling of US attorney firings.”

CNN also did not use the word “firing” once in its article about Biden’s incoming resignations requests. The network noted that with Trump, former Attorney General Jeff Sessions “asked for the resignations of 46 US attorneys” – later on, CNN referred to this move as “firings.”

The New York Times, meanwhile, repeatedly used the phrase “abrupt” to describe Trump’s attorney firings in 2017. The newspaper wrote that “the firings were a surprise” and described various alleged drama surrounding the situation, including suggesting that Fox News’ Sean Hannity played a role in pushing the administration towards the decision. 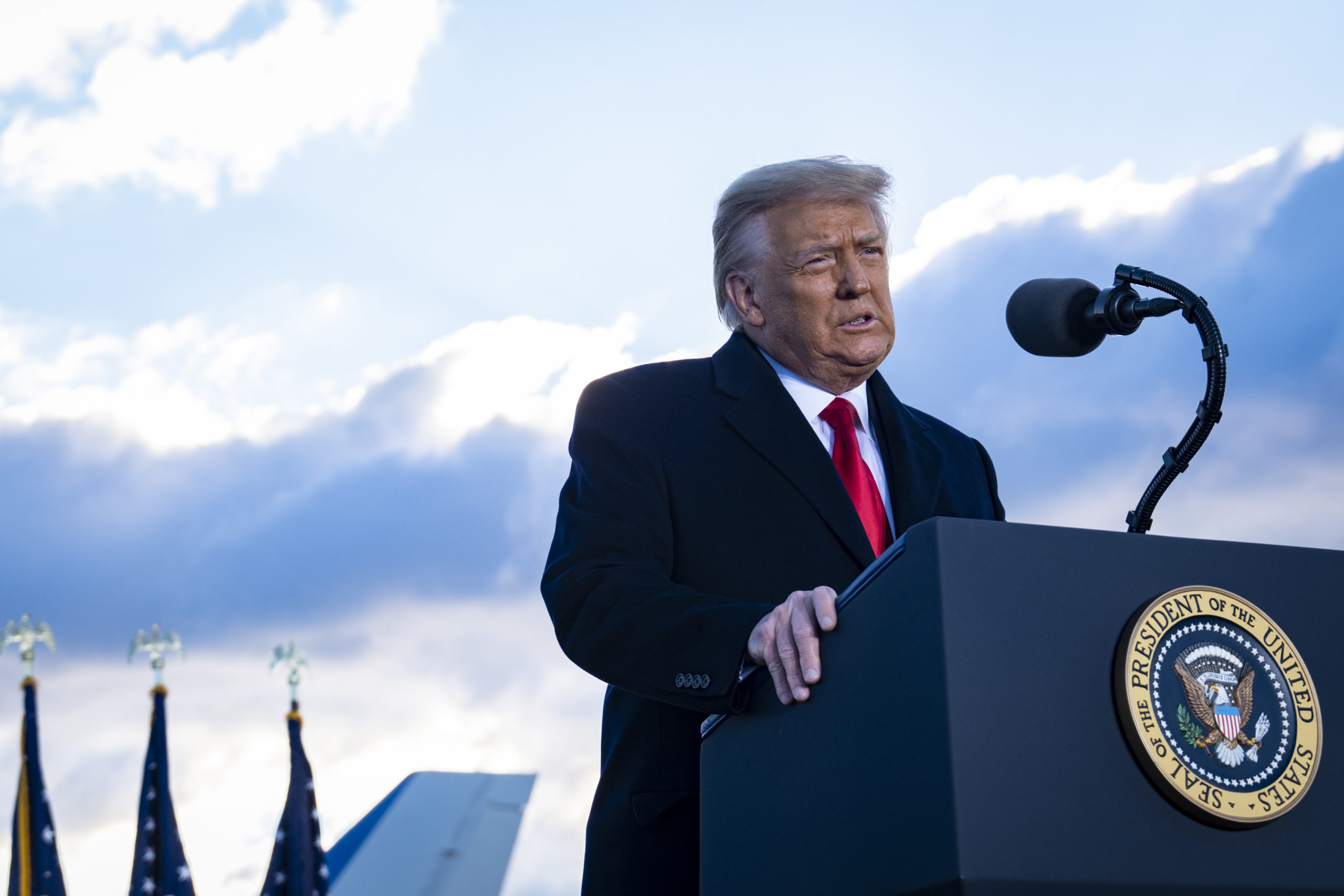 JOINT BASE ANDREWS, MARYLAND – JANUARY 20: President Donald Trump speaks to supporters at Joint Base Andrews before boarding Air Force One for his last time as President on January 20, 2021 in Joint Base Andrews, Maryland. Trump, the first president in more than 150 years to refuse to attend his successor’s inauguration, is expected to spend the final minutes of his presidency at his Mar-a-Lago estate in Florida. (Photo by Pete Marovich – Pool/Getty Images)

With Biden, the NYT opted to keep the focus on John H. Durham remaining as special counsel “even as the Biden administration requests a mass resignation of U.S. attorneys.”

The publication didn’t headline the story as a mass demand for resignations from the Biden administration, as it did with Trump.

“It is common for new presidents to replace U.S. attorneys en masse, and the request for resignations has long been expected,” the NYT admitted in the Biden article. (RELATED: White House Tells Political Staff To Resign By Inauguration Day)

Bloomberg News reported on Biden’s upcoming plans as well and noted that the move “is a standard process of a new administration that seeks to put its own stamp on U.S. attorneys’ offices across the country.”

The article briefly mentioned similar resignation requests occurring at the start of the Trump administration, writing that “most had to leave their jobs immediately although some were given time to finish their work.”

In 2017, NBC News published an article pushing the then-common theme describing alleged drama as a result of Trump’s demands. The network, along with other publications, described how the Trump administration’s decision came as a “surprise” for many and detailed fallouts as a result of the requests.

“We saw it on Twitter,” an anonymous source said according to NBC News at the time.

After the recent dismissal, the network repeated the common line that the Biden administration’s move “is not uncommon” in an article published Monday. Much of this article detailed “political controversy” behind ordering U.S. attorneys to resign. Notably, NBC News pointed out that both Trump and former Republican President George W. Bush’s resignation requests at the start of their tenures sparked backlash.

Resignation demands from the Trump administration even garnered its own Wikipedia page, which described media outlets as calling the move “abrupt and unexpected but not unprecedented.”

The drama sparked among some in the media back in 2017 even prompted a few publications, like Vox, to push back on assertions that the move was abnormal. Vox published an article noting that it was “normal” for Trump to ask 46 U.S. attorneys to resign and ABC-affiliated WJLA spoke to “experts” who echoed Vox’s assertion.