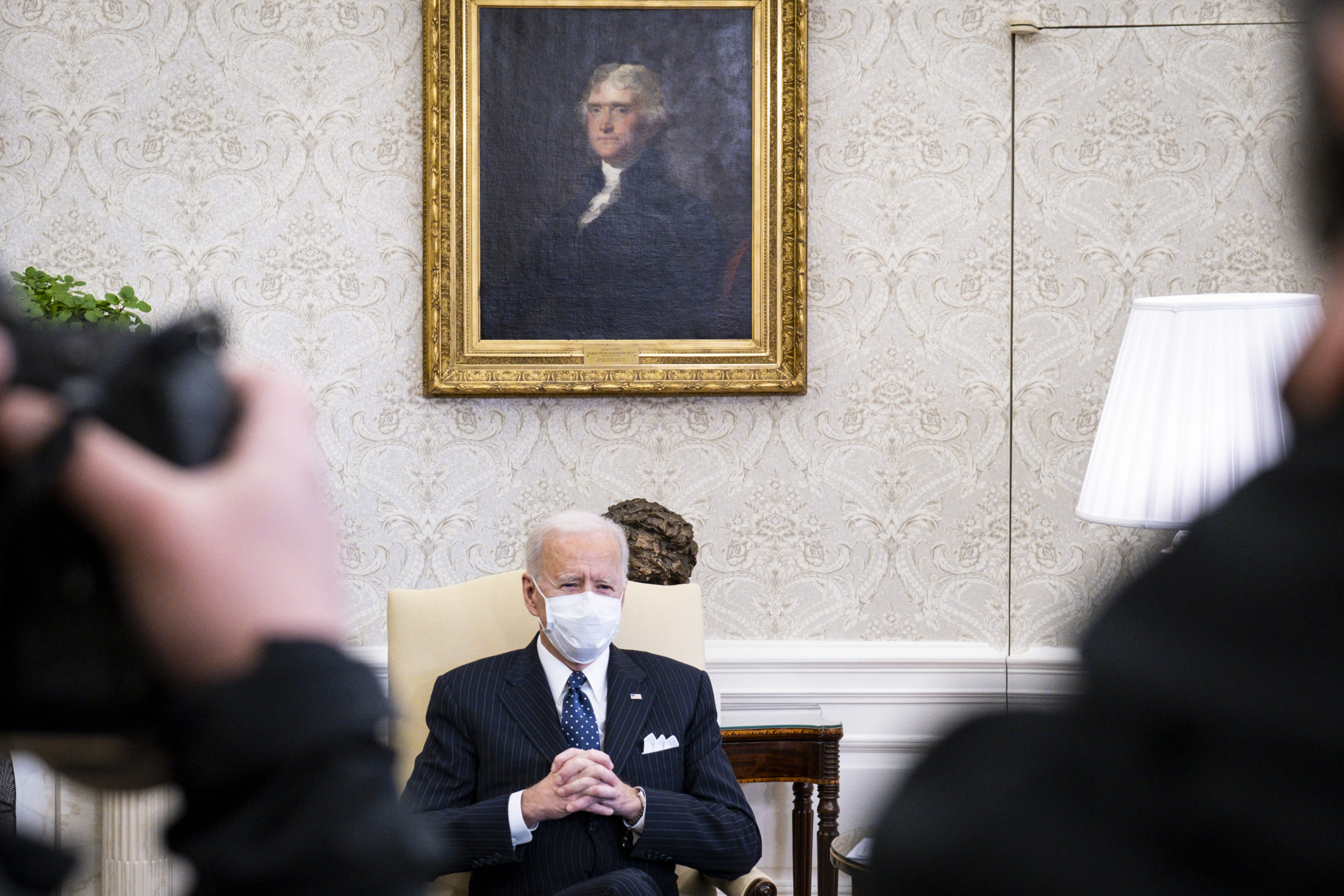 WASHINGTON, DC – FEBRUARY 09: US President Joe Biden speaks as Vice President Kamala Harris and Secretary of the Treasury, Janet Yellen meet with business leaders about the critical need for the American Rescue Plan in the Oval Office at the White House in Washington, D.C., on Tuesday, Feb. 9, 2021. Attending the meeting are Jamie Dimon, Chairman and CEO of JPMorgan Chase, Tom Donohue, CEO at the U.S. Chamber of Commerce, Doug McMillon, President and CEO of Walmart, Sonia Syngal, President and CEO of Gap, Inc. and Marvin Ellison, President and CEO of Lowe’s Companies, Inc. (Photo by Pete Marovich-Pool/Getty Images)

White House press secretary Jen Psaki tweeted Tuesday afternoon that Biden and Newsom share a “commitment” to battle both the coronavirus pandemic and the climate crisis, and that the president “clearly opposes any effort to recall” the governor.

In addition to sharing a commitment to a range of issues with @GavinNewsom from addressing the climate crisis to getting the pandemic under control, @POTUS clearly opposes any effort to recall @GavinNewsom

A reporter at Psaki’s press briefing Thursday asked her about Biden’s feelings on the recall effort. She said she had not spoken to the president on the topic but would circle back with the press corps after she had. (RELATED: Gavin Newsom Less Than 100k Signatures Away From Facing Recall Election)

Newsom’s approval rating fell to 46 percent over his handling of the pandemic, and some Californians launched an effort in June 2020 to recall the governor.

Organizers can trigger a recall election by gathering 1.5 million signatures by March 17, 2021, and they claimed to have eclipsed the 1.4 million mark earlier in February.