Missouri Sen. Josh Hawley pressed Neera Tanden, President Joe Biden’s nominee to lead the Office of Management and Budget, over her corporate ties during her confirmation hearing on Tuesday.

Tanden, who heads the left-leaning think tank Center for American Progress, solicited millions from Wall Street and Silicon Valley during her tenure and was widely criticized by Republicans and some Democrats following her nomination. While questioning Tanden, Hawley focused on those donations and her stance on technology companies and their growing power.

After Tanden agreed with Hawley, saying that she did believe that Wall Street and Big Tech had too much influence, Hawley focused on reports highlighting her ties to corporations.

“Can you just give us a sense of how, if you’re confirmed as OMB director, you will advocate for working people given this history of soliciting tens of millions of dollars from the biggest and most powerful corporations on the planet?” Hawley asked.

Tanden said that she was “100%” committed to serving the public’s interests, not those of large corporations or powerful individuals.

“No policy or position that I have taken has been determined by the financial interests of any single person,” she said. (RELATED: Tanden Says She Regrets Insulting Republicans On Twitter) 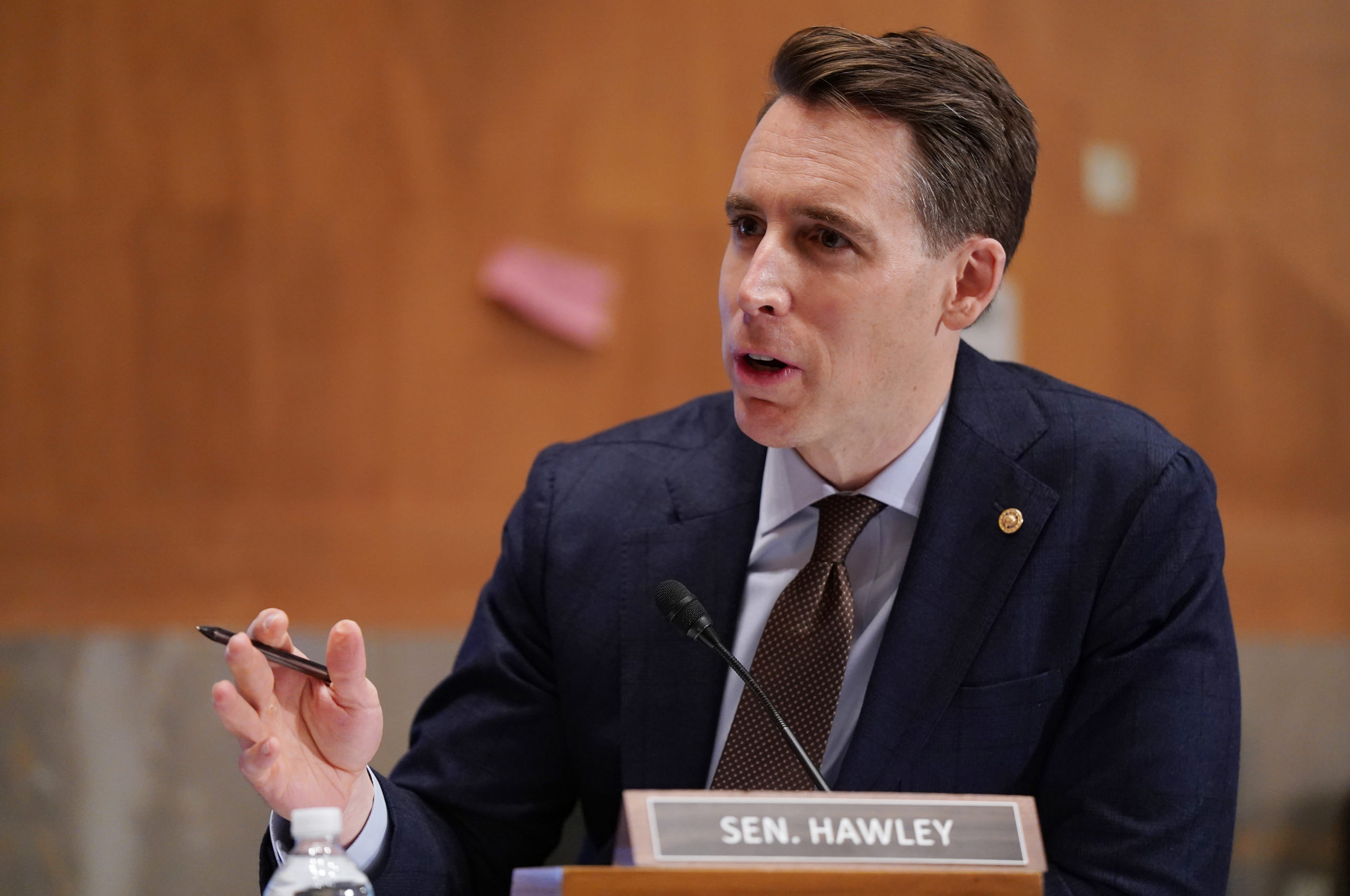 Sen. Josh Hawley questions Neera Tanden, nominee for Director of the Office of Management and Budget, at her confirmation hearing before the Senate Homeland Security and Government Affairs committee on February 9, 2021 in Washington, D.C. (Leigh Vogel-Pool/Getty Images)

Hawley then listed CAP’s donations from some organizations and individuals, including Mark Zuckerberg’s foundation, Wall Street financiers, Silicon Valley companies and the United Arab Emirates, and asked how Tanden could assure that she would work to curb their growing influence and be an independent actor given those who donated to her organization.

“I would say that I and CAP aggressively take on the role of Facebook and tech companies. [CAP has] called for higher taxes on companies, regulations on Wall Street, a financial transaction tax,” Tanden said.

“I’m proud of the record of CAP,” she added, noting that the organization has called for legislation to limit the power of Wall Street and technology companies and that she would love the opportunity to work with Hawley towards that goal if confirmed.

“I agree with you that corporate and special interests have too much power in our discourse,” Tanden said.