Both Democrats and Republicans are aiming for the the trial to conclude within a week, though the tentative timetable may be tweaked before senators vote on it ahead of the trial’s beginning on Tuesday afternoon.

Under the agreement, the trial will begin at 1 p.m. on Tuesday with four hours of debate on whether the trial is constitutional, immediately followed by a vote. A similar vote was forced by Kentucky Sen. Rand Paul on Jan. 26, and though all but 5 Republicans voted to declare it unconstitutional, the measure failed 45-55.

Trump’s legal team has also said that they will make the trial’s constitutionality a key theme of their defense, though it is extremely unlikely to be voted as unconstitutional by the Democratic-led Senate. (RELATED: Trump’s Legal Team Responds To Impeachment Charges)

Trump lawyer David Schoen withdrew his request to pause the trial during the Jewish Sabbath on Monday evening, and his request would have paused the trial from Friday evening until Sunday.

“I will not participate [in the trial] during the Sabbath; but the role I would have played will be fully covered to the satisfaction of the defense team,” Schoen said in a letter to the Senate leaders. 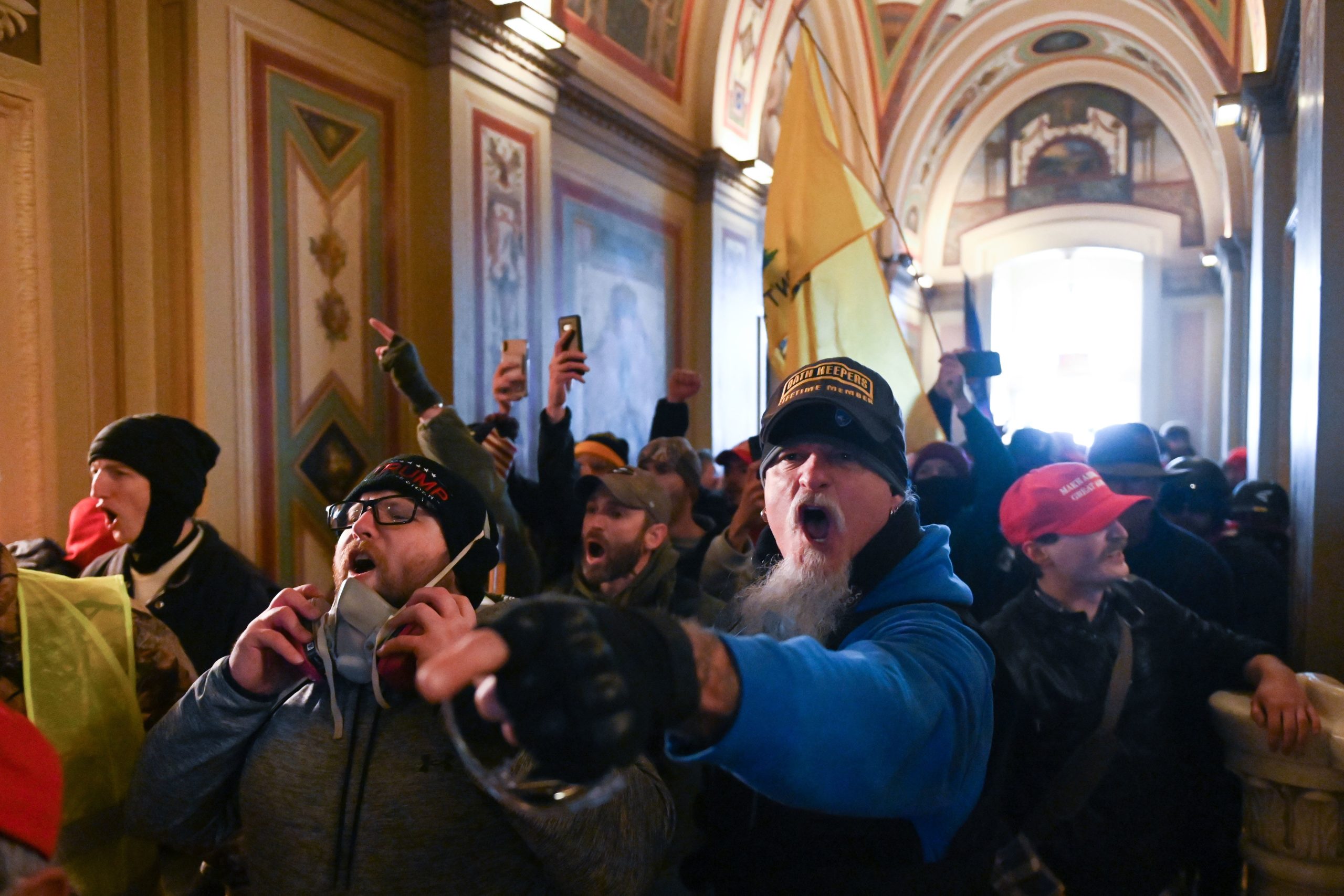 Supporters of US President Donald Trump riot inside the US Capitol on January 6, 2021, in Washington, DC. (ROBERTO SCHMIDT/AFP via Getty Images)

On Wednesday, the prosecutors and Trump’s defense team will each have 16 hours to lay out their respective cases. The 32 hours in total will be spread over two days, and once expended, senators will have four hours to ask questions to either side.

The agreement also allows for the Democratic House managers to ask for a debate and additional votes on whether to call witnesses.

Maryland Rep. Jamie Raskin, the lead impeachment manager, invited Trump to testify last Thursday, but he declined to do so.

Following the vote and possible witness testimony, each side will have two hours to present their closing arguments, according to the agreement.

Despite the division between Senate Republicans and Democrats, both sides are eager to not drag out the trial longer than necessary.

While Republicans have repeatedly said that the trial is unconstitutional and bad for the country, Democrats are eager to finish confirming President Joe Biden’s Cabinet nominees and pass his $1.9 trillion coronavirus relief package before mid-March, when unemployment benefits are set to expire.

Trump was impeached by the House on Jan. 13 on a charge of inciting the deadly Capitol riot a week earlier. All Democrats and 10 Republicans voted for the measure.