President Joe Biden will travel to the Pentagon in Arlington, Virginia, Wednesday for the first time as Commander-in-Chief.

Biden and Vice President Kamala Harris will meet with Defense Secretary Lloyd Austin, senior military personnel and other members of civilian leadership, according to the White House. Additionally, the president and vice president will deliver remarks on the administration’s plans for the military and tour the Pentagon’s African Americans in Service Corridor in celebration of Black History Month.

White House press secretary Jen Psaki noted in a statement that “as the first president in 40 years with a child who served in the military, [Biden] has a personal connection to the important role of the work of the military, the men and women who serve.” (RELATED: DOD Ordering Troops To Help Vaccinate Public) 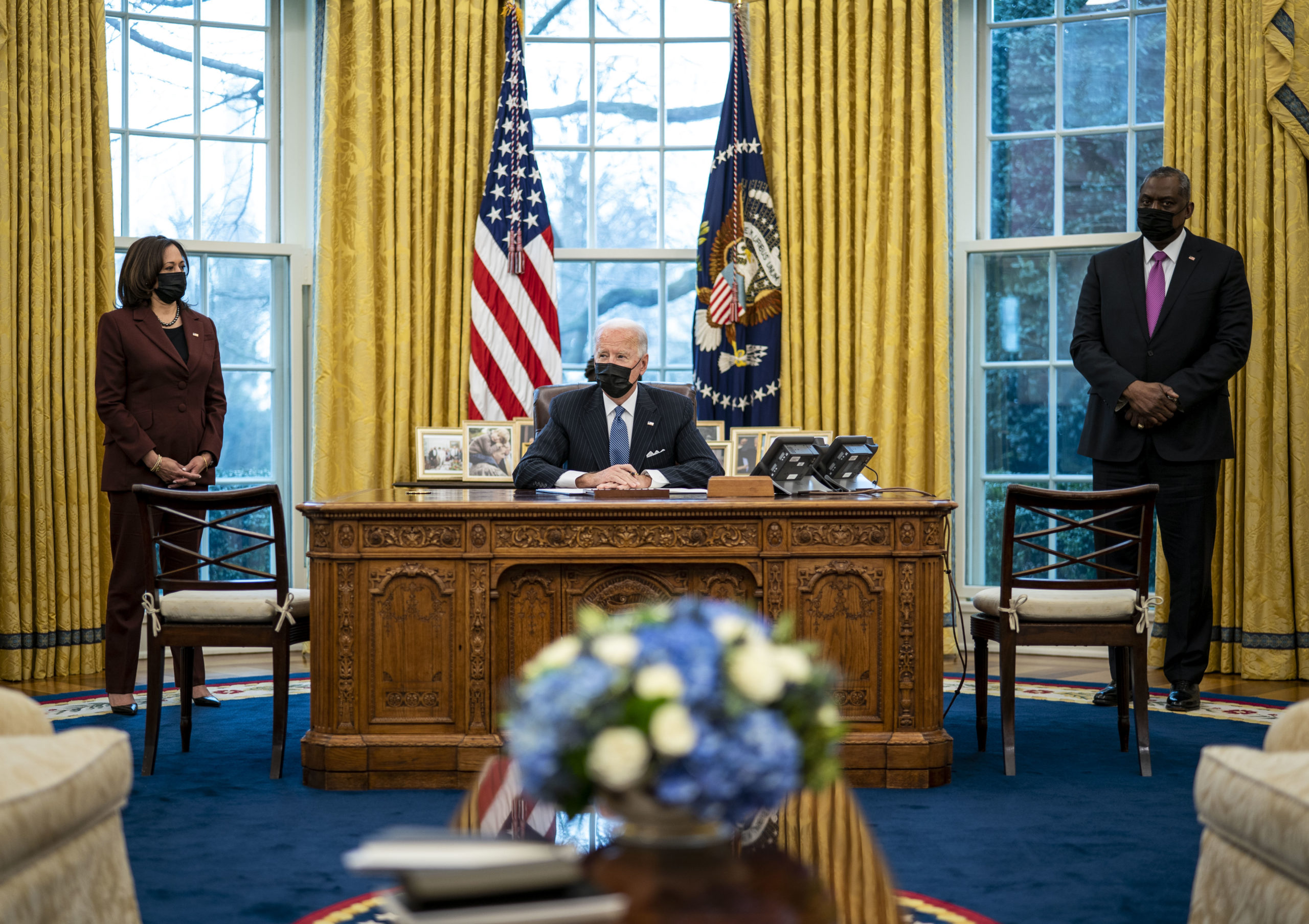 The Biden administration and Austin have vowed in recent days to further mobilize the military to help battle the coronavirus pandemic. White House coronavirus advisor Andy Slavitt announced Friday that Austin had ordered more than 1,000 active-duty troops to California to begin assisting at vaccination centers starting February 15. The White House added that additional pandemic-related missions would be announced in the coming weeks.

Wednesday’s trip follows a similar outing to the State Department, where Biden outlined his plan to lead with “diplomacy” in seeking to counter China and Russia.

“America’s alliances are among our greatest assets. And leading with diplomacy means standing shoulder to shoulder with our allies and key partners once more,” he said at the time. “But leading with diplomacy must also mean engaging our adversaries and our competitors diplomatically where it is in our interest and advances the security of the American people.”