Republican Missouri Sen. Josh Hawley decided to watch part of the impeachment trial from the visitor’s gallery Wednesday instead of on the Senate floor, saying he has a better view and can see impeachment managers as they speak.

Hawley, who was the first Senator to say he will object during Congress’s counting of the Electoral College vote on Jan. 6., told reporters that he feels a little “less claustrophobic” in the gallery, adding that it was also “so we’re not all jammed together” on the Senate floor.

“Not that I don’t like my colleagues,” Hawley continued. “Also, for me it’s a better viewpoint because I can look right at the impeachment managers and see them…When I’m sitting in the chamber, I kind of look at the back of their head, which I did for three weeks last year,” talking about Trump’s first impeachment trial, The Hill reported. 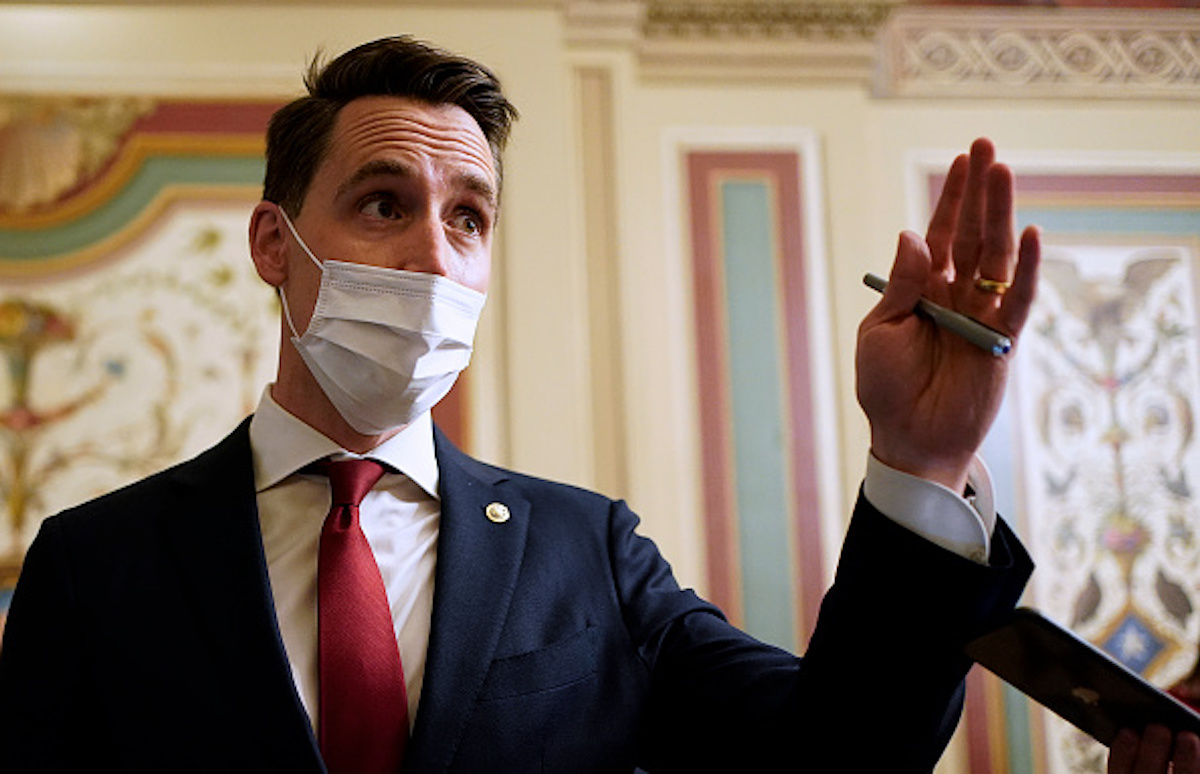 Senator Josh Hawley (R-MO) talks to reporters during a break in opening arguments on the second day of former President Donald Trump’s second impeachment trial at the U.S. Capitol on February 10, 2021 in Washington, DC. (Photo by Joshua Roberts-Pool/Getty Images)

Hawley objected during the Jan. 6 meeting of Congress to count states’ electoral votes and finalize then-President-elect Joe Biden’s victory over then-President Donald Trump, citing big-tech platforms interference in the election in support of Biden and saying election laws were broken in Pennsylvania. (RELATED: Sen. Josh Hawley Says He Will Not Run For President In 2024)

The Missouri Republican rejected reports that he was reading non-related impeachment material on the floor earlier Wednesday, saying: “I’ve got the trial briefs with me and I’ve also got my notes that I’m taking during the —during the proceedings.”(RELATED: Hawley Signs With New Publisher After Simon & Schuster Canceled His Book Deal)

In late January, Hawley said that he will not run for President in 2024, hinting he will focus on his work in the Senate.