White House coronavirus advisor Jeff Zients announced at Wednesday’s COVID-19 briefing that the federal government will build three new mass vaccination sites in Texas and that the Centers for Disease Control had released its new guidance on tight-fitting masks.

The sites will be located at AT&T Stadium in Arlington, Ferris Park in Dallas, and NRG Stadium in Houston. Zients predicted that the sites will be opened to the public starting the week of Feb. 22 and, combined, will be capable of administering 10,000 vaccinations per day. (RELATED: White House Announces Increase In Weekly Vaccine Supply And Launches Another New Direct Shipment Program) 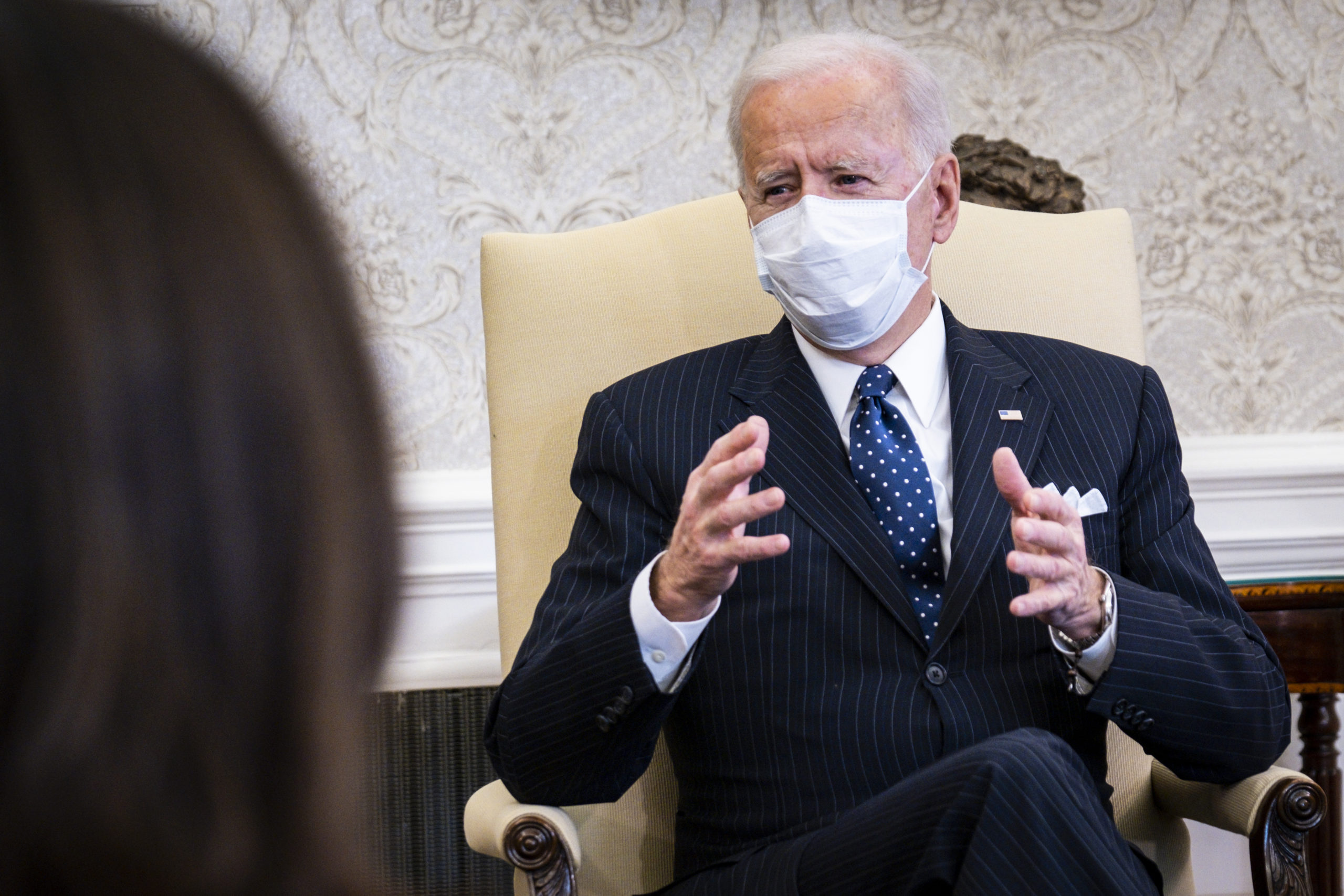 WASHINGTON, DC – FEBRUARY 09: US President Joe Biden speaks as Vice President Kamala Harris and Secretary of the Treasury, Janet Yellen meet with business leaders about the critical need for the American Rescue Plan in the Oval Office at the White House in Washington, D.C.(Photo by Pete Marovich-Pool/Getty Images)

Texas marks the second state to formally partner with the White House to launch mass vaccine sites. The Biden administration announced on Feb. 3 that two sites would be constructed in California, and Zients vowed that this would be “just the beginning” of federal-state partnerships on mass vaccine sites.

On the new mask guidance, CDC Director Rochelle Walensky explained the data that found that tight-fitting masks — which could be achieved by a number of ways including tightening and knotting mask loops behind the ears, the use of a mask “brace,” or double-masking — reduce particle spread by 95 percent compared to single-layer, loose-fitting masks.

The guidance stops short of directly recommending Americans wear two masks wherever masks should be worn.

During the briefing, Zients additionally announced that the administration had named 12 non-government individuals to serve on its Coronavirus Equity Task Force.

A White House press release identified the following 12 members announced during the briefing: