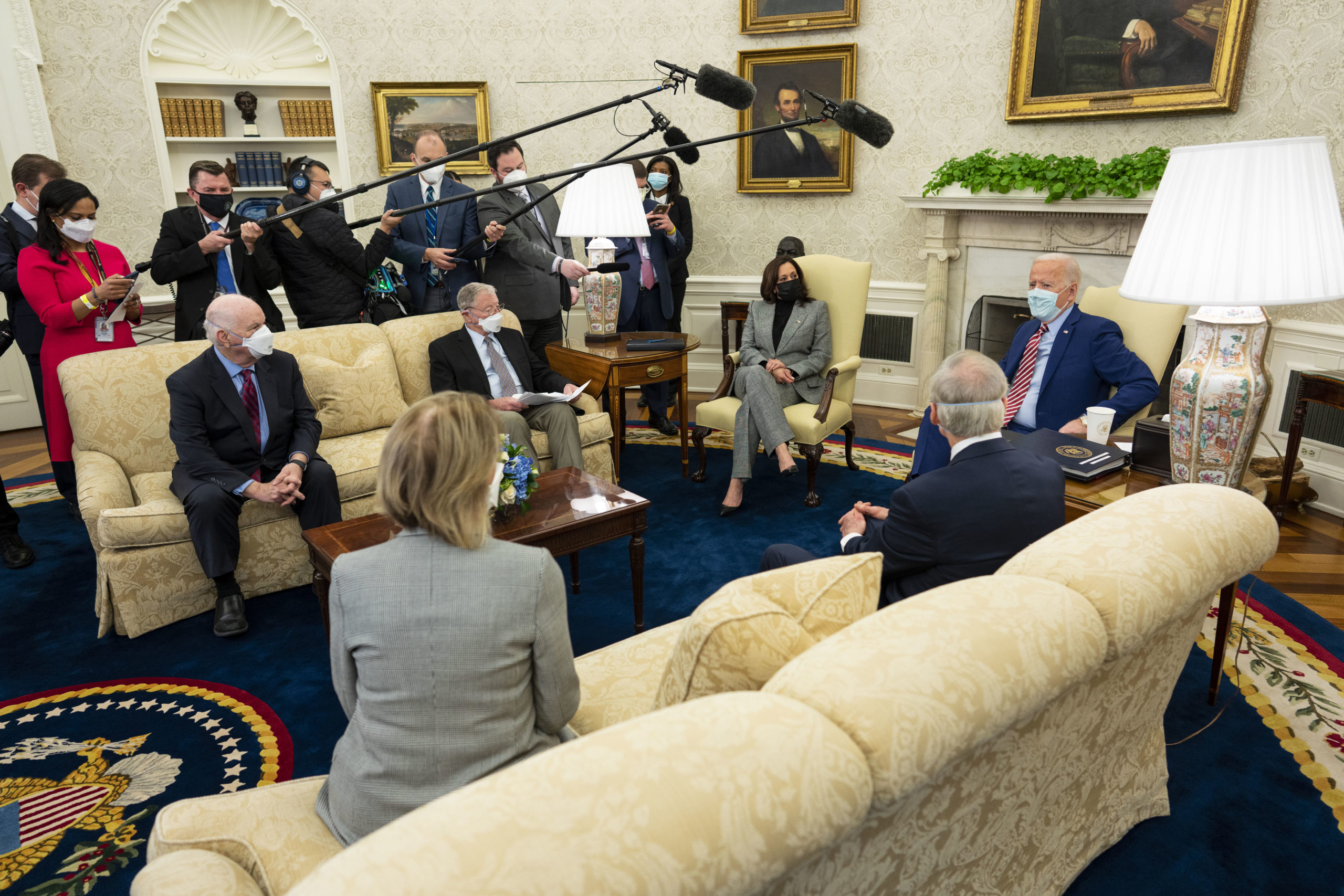 WASHINGTON, DC – FEBRUARY 11: U.S. President Joe Biden and Vice President Kamala Harris meet with Senators from both parties on the critical need to invest in modern and sustainable American infrastructure in the Oval Office of the White House on February 11, 2021 in Washington, DC. (Photo by Doug Mills-Pool/Getty Images)

“The administration is currently identifying potential chokepoints in supply chain and actively working alongside key stakeholders in the industry and with our trading partners to do more now,” Psaki announced before taking questions at Thursday’s briefing. (RELATED: China Owns 96% Of A Crucial Industry. What Will Biden Do About It?)

“At the same time, we are looking down the road, and the longterm supply of semiconductors is one of the central motivations for the executive order the president will sign in the coming weeks to undertake a comprehensive review of supply chains for critical goods” she continued. “The review will be focused on identifying immediate actions we can take, from improving the physical production of those items in the U.S. to working with allies to develop a coordinated response to the weaknesses and bottlenecks that are hurting American workers.”

A number of semiconductor industry executives wrote a letter to the White House urging the president to include “substantial funding for incentives for semiconductor manufacturing, in the form of grants and/or tax credits” in his American Rescue Plan.

“Our technology leadership is at risk in the race for preeminence in the technologies of the future, including artificial intelligence, 5G/6G, and quantum computing,” the letter continued, noting that America’s share of global semiconductor production had fallen from 37 percent in 1990 to just 12 percent currently.

You can watch Thursday’s entire White House briefing below.