Indigenous communities in remote regions of Brazil are rejecting COVID-19 shots from health care workers, even though Brazil has the second highest death rate in the world from the virus, according to the Associated Press.

Health care workers believe fear of the vaccine is being generated by Brazil’s president, Jair Bolsonaro, who became infected with the coronavirus last year and says he doesn’t plan to get vaccinated, according to an Associated Press report. He says others shouldn’t unless they prefer to receive the shot. 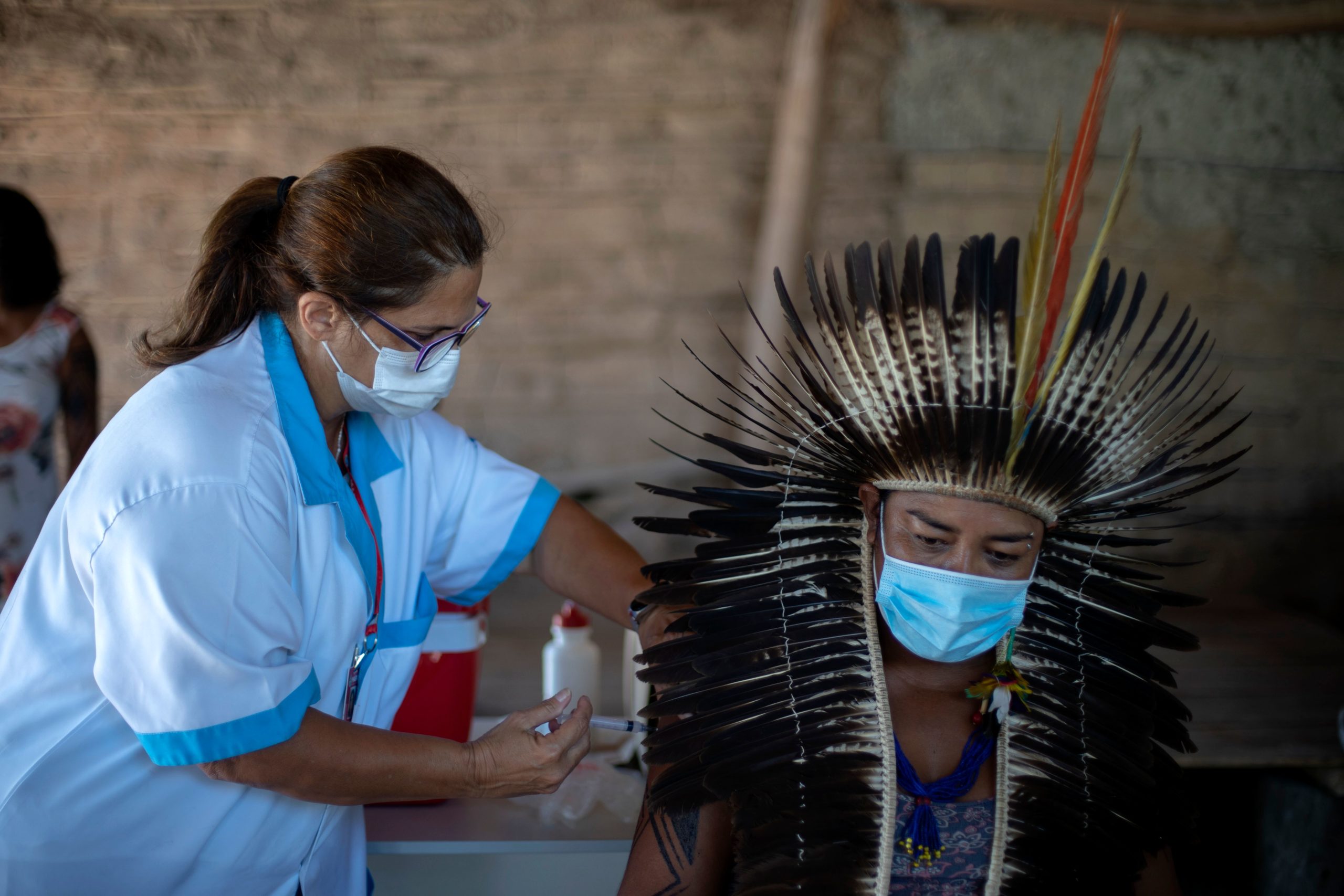 Although there is great fear of the COVID-19 vaccine among indigenous people in Brazil, health care works say most are still getting the shot (Photo by MAURO PIMENTEL/AFP via Getty Images)

When Bolsonaro refused to purchase the Sinovac vaccine from China, he commented on Facebook saying that Brazilians would never be anyone’s “guinea pig.” He also rejected Pfizer vaccine, noting that the pharmaceutical company is not taking liability for the medicine. He made light of the situation saying there would be no recourse if women grew beards, men’s voices became high-pitched, or people were transformed into alligators, the AP reported.

The president’s anti-science message has made its way to the remote communities, but anthropologist Aparecida Maria Neiva Vilaca, who works with Indigenous people in Rondonia, said there are other influences as well.

“This anti-vaccine movement does not come from them,” said Neiva Vilaça, in the AP story. “It’s being brought by certain missionaries, social media, fake news.” (RELATED: REPORT: People Suffocating To Death As Brazil’s Amazonas State Runs Out Of Oxygen Due To COVID-19)

Brazil’s death rate from the virus, 235,000, is only second to the United States, according to a tally by Johns Hopkins University. Even with such a high death rate, some feared the vaccine would let the devil into their bodies and they were being used as test subjects, according to the AP.