Conservative media site Project Veritas was permanently banned from Twitter on Feb. 11. not long after being reinstated from a previous ban.

Project Veritas was suspended early in the morning of Feb. 11, a spokesperson told the Daily Caller. The organization was briefly allowed to return to the site after it deleted three tweets that Twitter said violated its policy against sharing private information.

One of the accounts controlled by Project Veritas and James O’Keefe has been permanently suspended by Twitter. pic.twitter.com/Fwpur9yU0j 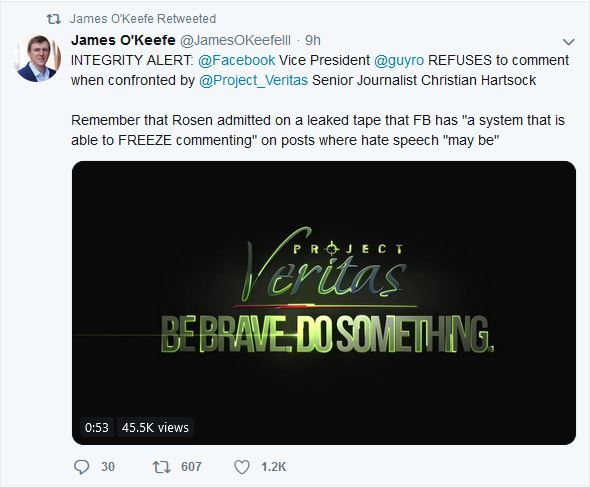 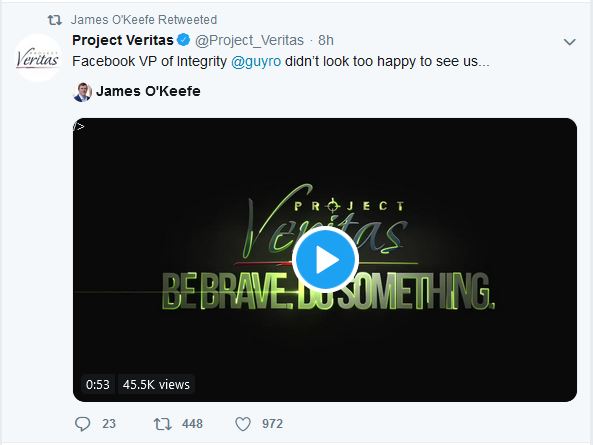 Twitter later ruled that the media outlet also could not use its account to disseminate an article discussing Pinterest’s ban of the pro-life group Live Action.

Project Veritas Media Relations Manager Mario Balaban previously told the Daily Caller that the initial, temporary, ban “shows that Twitter and Facebook are teaming up to censor content that Americans deserve to see.”