Federal prosecutors alleged in a court filing that a leader of a local affiliate of the Oath Keepers militia believed that she received a signal from then-President Donald Trump that “activated units” like hers.

Jessica Watkins, who served in the Army, according to Buzzfeed, was the leader of a group of between 30 and 40 members of the Ohio State Regular Militia, according to documents filed by prosecutors at the Washington DC United States District Court. The prosecutors requested that Watkins be detained without bail pending a trial. She was charged with disorderly conduct, obstructing an official proceeding, conspiring to injure officers and destroying federal property.

Watkins had previously told her fellow Oath Keepers that she was worried that the Capitol Riot would not happen. “I am concerned this is an elaborate trap. Unless the POTUS himself activates us, it’s not legit,” she texted on Nov. 9, 2020. After spending more than a month “awaiting direction from President Trump,” Watkins texted a co-defendant on Dec. 29 that “Trump wants all able bodied Patriots to come.” (RELATED: Trump Floats Potential Appearance At MAGA Marches In DC On Saturday)

Screenshots from security cameras and a YouTube video offered by prosecutors in the filing as supporting evidence shows Watkins and other Oath Keepers clad in combat helmets and bulletproof vests entering the Capitol. 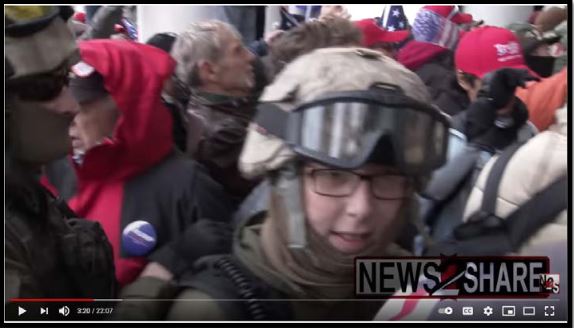 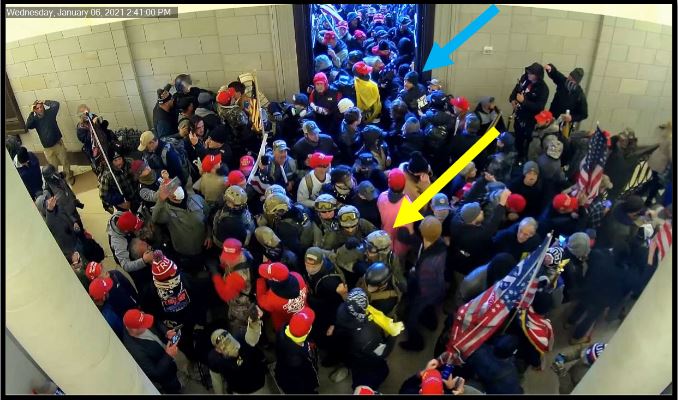 The Oath Keepers are a paramilitary organization whose local affiliates are often made up of military veterans. Some election officials worried that they would engage in voter intimidation at polling stations during the 2020 election. At least five people charged with crimes related to the Capitol Riot are associated with the Oath Keepers, according to a New York Times analysis of charging documents.