President Joe Biden campaigned on his strong union ties, but some of the policies his administration has adopted — ones he promised he’d adopt during the election — have outraged those that supported him.

Biden pledged throughout his campaign that he would scrap the Keystone XL pipeline if elected, and his doing so angered trade, labor and pipefitter unions, some of whom have already lost jobs as a result. But while Biden has called for nearly all schools to reopen within the first 100 days of his presidency, his administration has sided with teachers unions across the country, some of which have refused to revert to in-person learning despite recent studies that show it is safe if proper precautions are followed.

Biden scrapped the Keystone pipeline, which would have transported crude oil from Canada’s oil sands to refineries in the Midwest and Gulf Coast, via executive order on his first day in office. While environmentalists and most on the left hailed his decision, unions that had endorsed Biden and whose workers were responsible for building and maintaining the pipeline felt betrayed.

Additionally, though affiliated PACs for environmental organizations and unions involved in the pipeline’s construction and operation both donated overwhelmingly to Democratic candidates and liberal groups, environmental groups contributed far more to Biden’s campaign. Environmental groups donated almost $1.8 million, but the laborers union PAC donated nothing at all, though it did donate $245,000 to the Biden Victory Fund, according to Open Secrets.

Individual members affiliated with plumber and pipefitter unions also donated almost $24,000 in total to Biden’s campaign, though the union itself did not donate anything through its PAC. Building and trade unions donated another $182,955.

“The Biden Administration’s decision to cancel the Keystone XL Pipeline permit on day one of his presidency is both insulting and disappointing to the thousands of hard-working … members who will lose good-paying, middle class family-supporting jobs,” said Terry O’Sullivan, the general president of the Laborers International Union of North America.

“By blocking this 100 percent union project, and pandering to environmental extremists, a thousand union jobs will immediately vanish and 10,000 additional jobs will be foregone,” he added. 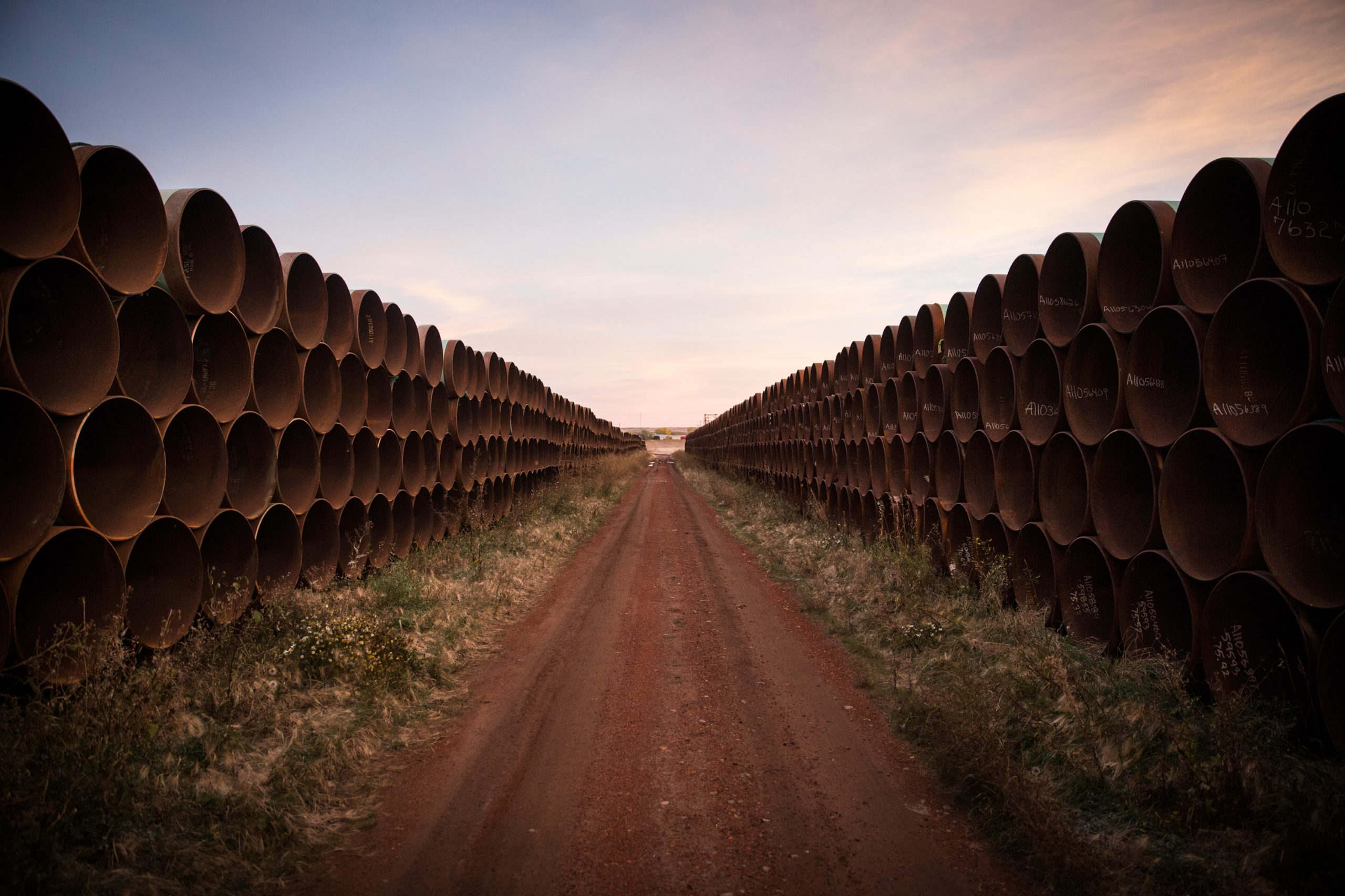 O’Sullivan was echoed by AFL-CIO President Richard Trumka, who told Axios that he was upset Biden canceled the project. He said that replacing fossil fuel-related jobs with environmentally sound ones was easier said than done. (RELATED: Trade Unions That Endorsed Biden Are Mad That He Kept His Word On The Keystone Pipeline)

“The Laborers’ International was right,” Trumka said, adding that he hoped Biden would take time to consider the possible harm his decisions could inflict on union workers when making future policy decisions.

“If you destroy 100 jobs in Greene County, Pennsylvania, where I grew up, and you create 100 jobs in California, it doesn’t do those families much good,” Trumka said. “If you’re looking at a pipeline and you’re saying we’re going to put it down, now what are you going to do create the same good-paying jobs in that area?”

While individuals affiliated with the AFL-CIO donated over $37,000 to Biden’s campaign, the organization itself and its PAC did not donate anything, according to Open Secrets.

But unlike Biden swiftly acting with regards to the Keystone pipeline, his administration has taken a more tepid approach regarding the reopening of schools, even as more and more studies show that it can be safe to do so.

A Centers for Disease Control and Prevention study released Jan. 27 showed that coronavirus transmission was lower in the Wisconsin schools studied than the surrounding community. An accompanying report said there was “little evidence” that in-person learning contributed to community transmission.

Following the study, CDC Director Rochelle Walensky said she believed schools could reopen safely, noting that “safe reopening does not suggest that teachers need to be vaccinated in order to reopen safely.”

“Vaccination of teachers is not a prerequisite of safe reopening of schools,” she added.

But many teachers unions, however, have insisted that all teachers be fully vaccinated before returning to in-person learning.

“Testing and vaccination, as well as masking and distancing, are crucial, as are accommodations for educators at risk,” Andrew Crook, a spokesman for the American Federation of Teachers, told the Daily Caller News Foundation. 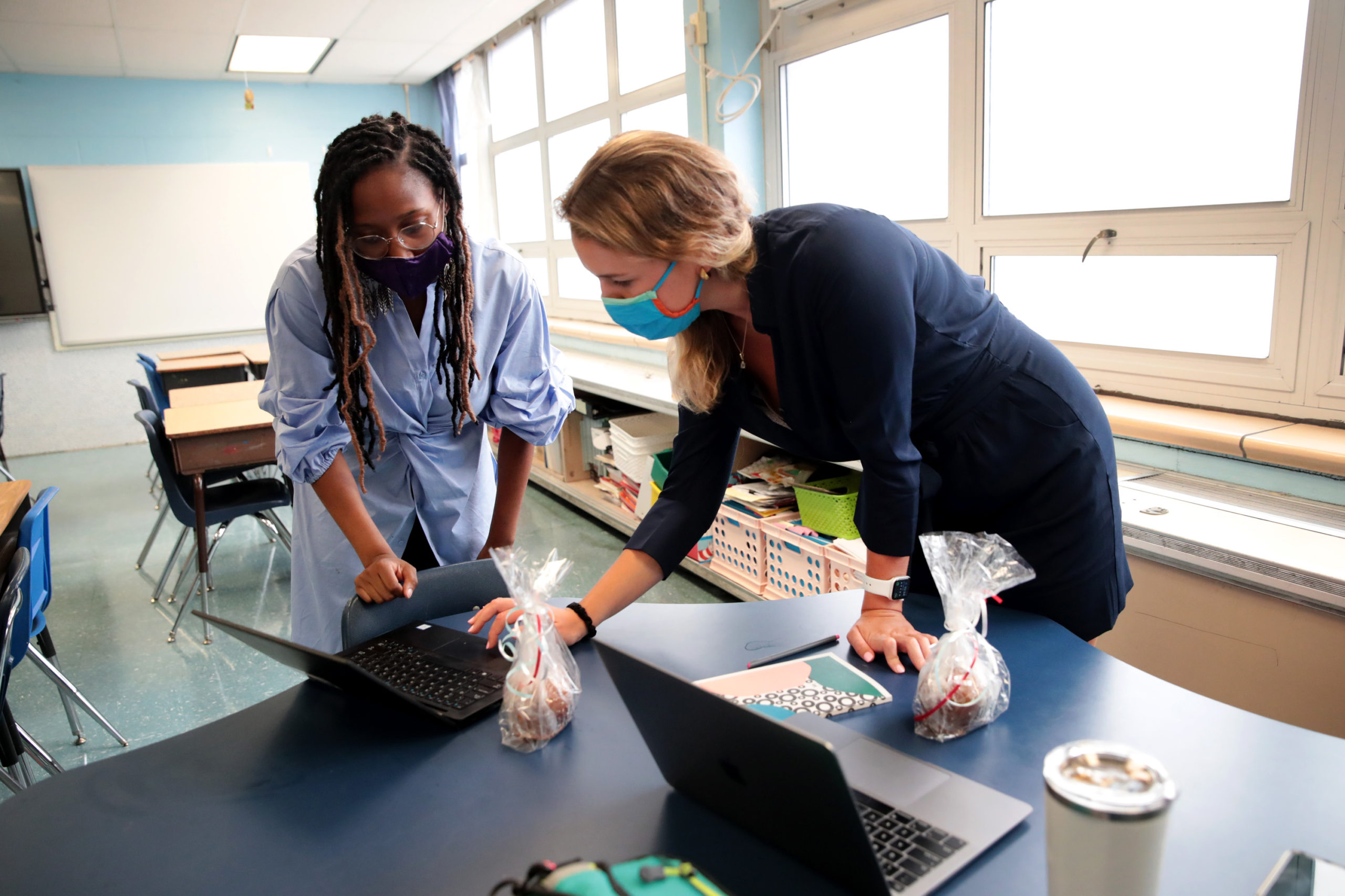 Jasmine Gilliam and Lucy Baldwin, teachers at King Elementary School, prepare to teach their students remotely in empty classrooms during the first day of classes on September 08, 2020 in Chicago, Illinois. (Scott Olson/Getty Images)

In addition to donating over $232,000 to the president’s campaign, according to Open Secrets, teachers unions also donated over $40 million to Democratic candidates and liberal groups, far more than the unions involved with the Keystone Pipeline.

And the Biden administration has appeared to side with teachers unions. Following Walensky’s comment, White House Press Secretary Jen Psaki walked back her remarks, saying that the CDC “has not released their official guidance yet,” and that Walensky was speaking “in her personal capacity.”

“I’ll give you a word: money,” said Biden Chief of Staff Ron Klain when asked why schools remained close despite the increasing evidence that they can reopen safely. “President Biden sent a plan to Congress to make sure the majority of schools can be open within 100 days.”

But when CNN anchor Erin Burnett pushed back, saying that studies are showing that “the transmission is just not happening” and that teachers unions had reversed course last minute, Klain again placed the blame on schools, not the unions themselves. (RELATED: Teachers Unions Move The Goalposts On Reopening Schools)

“I think what you’re seeing is schools that haven’t made the investments to keep students safe … We need to do things to open safely,” Klain said.