Archaeologists in Egypt have discovered a massive 5,000-year-old beer factory that could produce thousands of gallons of the beverage, Egyptian officials announced.

A joint Egyptian-American team unearthed the site in Abydos, located in Egypt’s Sohag Governorate. The site is an ancient burial ground in the desert, and the beer factory likely dates back to the reign of King Narmer in 3100 BC, Egypt’s tourism and antiquities ministry said in a Facebook post.

The archaeologists discovered multiple units containing roughly 40 vats that were used to heat grain and water to make beer. The factory is believed to be the “oldest high-production brewery in the world,” with a production capacity of 5,000 gallons at a time, the ministry said in the statement.

LOOK: American and Egyptian archaeologists unearthed remains of what could be the world’s oldest high-production beer brewery in Egypt.

The site is believed to be more than 5,000 years old and dates back to the era of King Narmer.
????: AFP/Egyptian Ministry of Antiquities pic.twitter.com/g6UFMSgwnq

The factory included eight areas that were 65 feet long each. The factory may have been used for “royal rituals that were taking place inside the funeral facilities of the kings of Egypt,” the tourism ministry quoted co-leader of the mission, Matthew Adams from New York University, as saying.

“Evidence for the use of beer in sacrificial rites was found during excavations in these facilities,” the statement said.

Although the coronavirus pandemic torpedoed Egypt’s number of visitors from 13.1 million in 2019 to 3.5 million in 2020, archaeologists have carried out numerous excavations throughout the year, partially in an attempt to attract more visitors, according to Reuters. 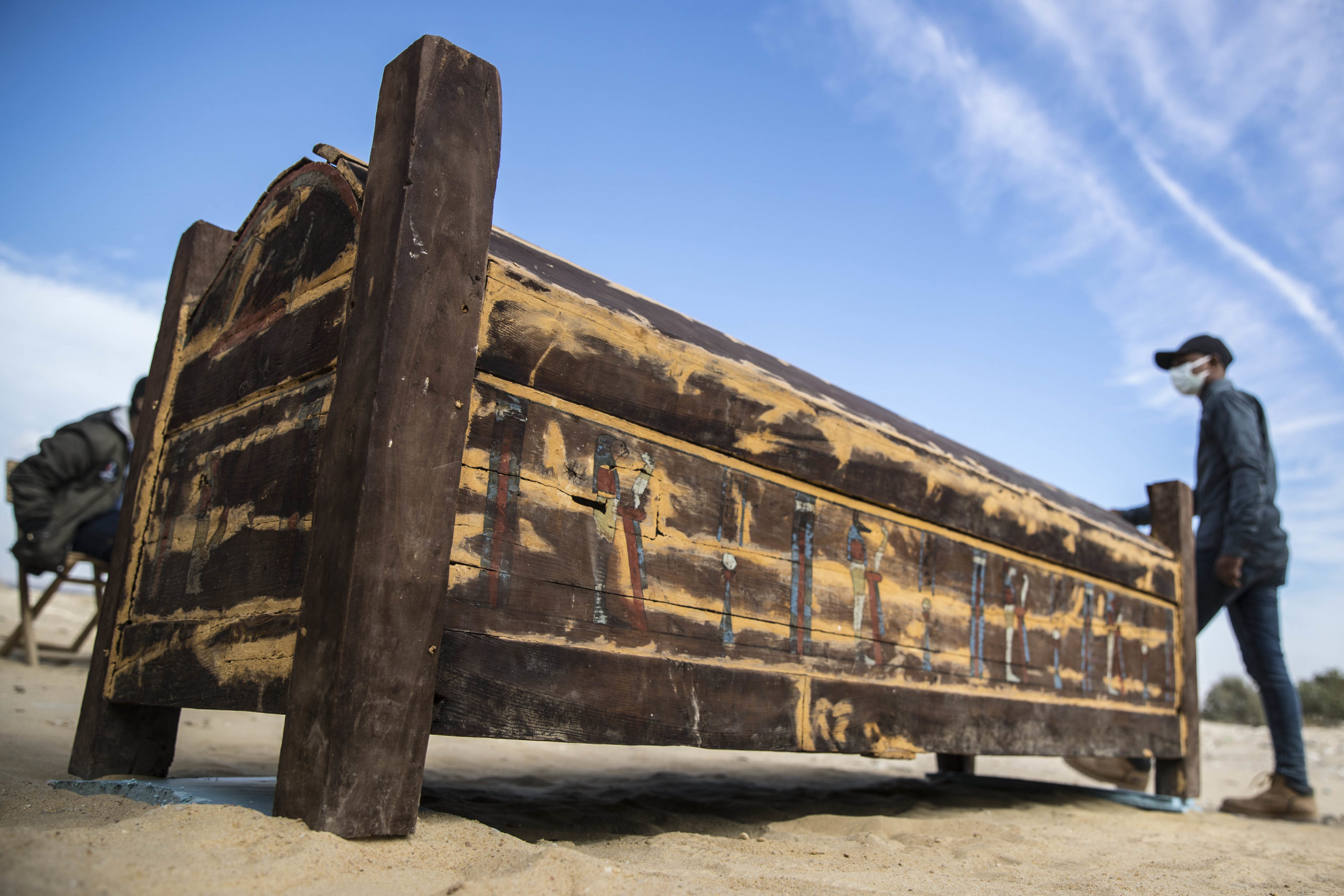 An adorned wooden sarcophagus is displayed during the official announcement of the discovery by an Egyptian archaeological mission of a new trove of treasures at Egypt’s Saqqara necropolis south of Cairo, on January 17, 2021. – (Photo by KHALED DESOUKI/AFP via Getty Images)

A few months prior, archeologists discovered 27 ancient coffins that were believed to have remained unopened since they were buried around 2,500 years ago.