A Democratic lawmaker who harassed and called for the doxxing of pro-life teens has announced his bid for Pennsylvania lieutenant governor.

Sims, who became the first openly LGBTQ member of the Pennsylvania legislature when he was elected in 2012 and is a longtime civil rights advocate, announced his candidacy Monday, NBC Philadelphia reported. (RELATED: Mom Says Daughters Left Shaken After Democratic Rep Accosted, Filmed Them Outside Planned Parenthood)

The lawmaker gained national attention in spring 2019 when he filmed himself in front of a southeastern Pennsylvania Planned Parenthood offering a reward to anyone who would doxx three teenage girls who had been praying outside the clinic.

“We need adults in the room, and I want to bring bold visionary leadership based on lived experience and shared values to the Commonwealth,” Sims said in a campaign video posted Monday. He did not immediately respond to a request for comment from the Daily Caller News Foundation.

“What we’ve got here is a bunch of…pseudo-Christian protesters who’ve been out here shaming young girls for being here,” Sims said in the video. “So, here’s the deal, I’ve got $100 to anybody who will identify these three, and I will donate to Planned Parenthood.”

The mother of two of the girls Sims filmed, Ashley Garecht, previously told the DCNF that she had brought her 13 and 15-year-old daughters and their friend to pray in front of the abortion clinic. Garecht said Sims approached her and her children twice, “yelling pretty aggressively” and focusing mainly on the teenage girls.  (RELATED: Pennsylvania Rep Offers Reward To Anyone Who Will Dox Pro-Life Teens In His Video)

In this video, State Rep @BrianSimsPA says he’ll pay his followers $100 if they are able to dox three teen girls he films who are quietly praying outside a Planned Parenthood abortion clinic. How is this guy still allowed to be on Twitter? pic.twitter.com/yfNCHhRSqY

Sims posted the video to Facebook where it remained until May 7, 2019, when a user reported it for “promoting graphic violence.” Facebook then removed the video. (RELATED: It Took Facebook Nearly A Month To Remove The Video Of Brian Sims Trying To Doxx Teenage Girls)

The Democratic lawmaker later promised to “do better” in a statement where he accused pro-lifers of harassing people entering the Planned Parenthood clinic.

“When I was there on Thursday afternoon, I was not a volunteer escort; I was a neighbor, a concerned citizen and an unwavering supporter of women’s rights and yes, I was aggressive,” he said. “I know that two wrongs don’t make a right, especially when I’m on the front lines of this civil rights battle. I can do better, and I will do better, for the women of Pennsylvania.”

Almost six months after the incident, Garecht told the DCNF that Sims sent her a card in which he apologized for the harm he caused. Garecht noted that though the card said Sims wanted to “reiterate” his apology, he had never apologized to her before personally. 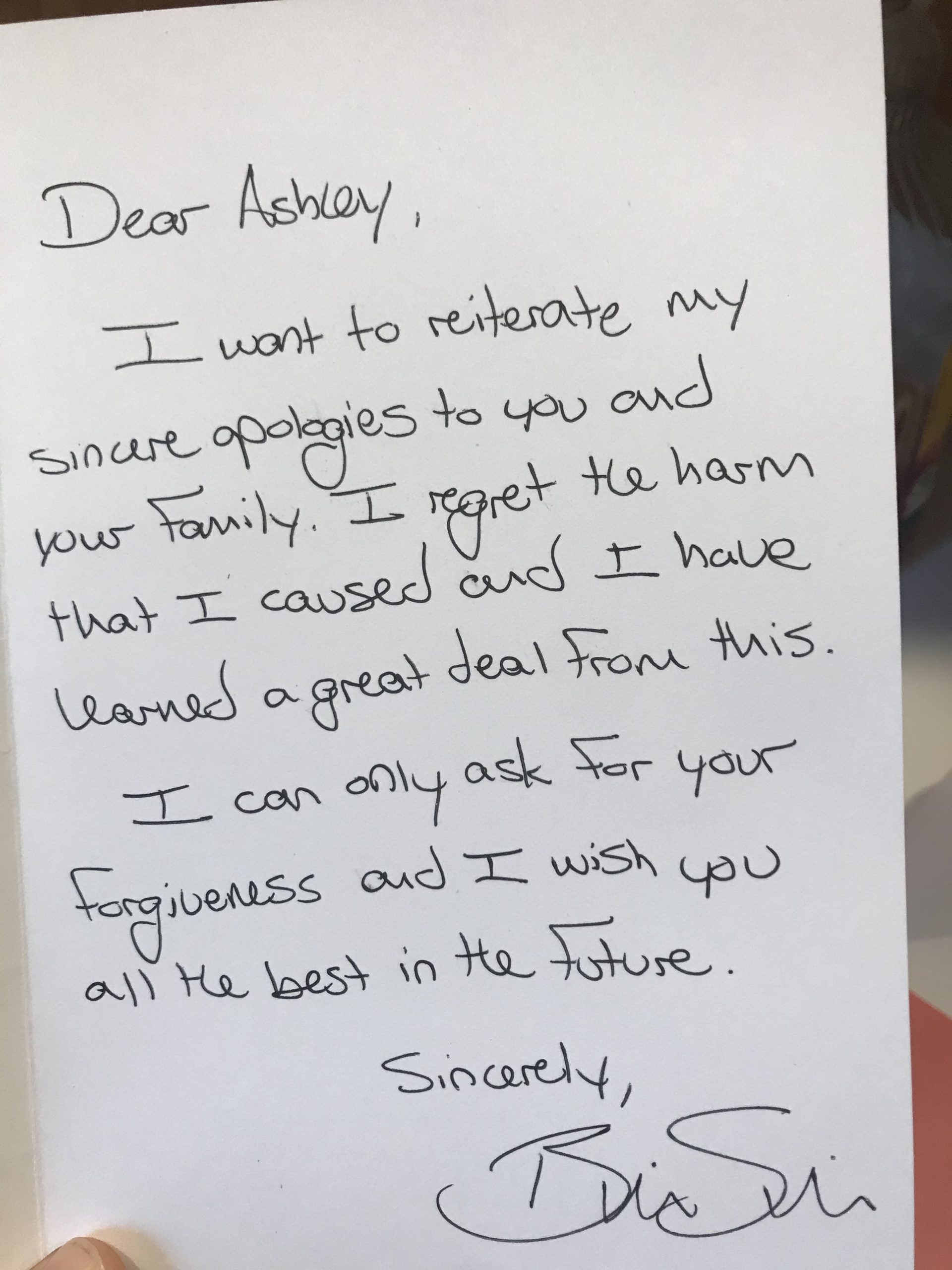 On Monday, Garecht told the DCNF that Sims “broke his oath of office as a sitting State Representative by explicitly violating their First Amendment rights” through his actions towards her daughters when they were at the abortion clinic.

“And when he made a public statement about the event, he apologized specifically to Planned Parenthood for causing them embarrassment,” she added. “He never apologized to my girls, he never accepted any kind of responsibility for his malicious actions, he never even acknowledged that what he did was wrong.”

“Pennsylvania does deserve to have ‘adults in the room,’ as Mr. Sims asserts,” Garecht said.  “He is not an adult in character or behavior.  The State House is sullied by his cowardly presence, and the state of Pennsylvania deserves better in the office of Lieutenant Governor.”