The Chicago Teachers Union (CTU), which had been in a monthlong fight with the city over in-person classes, acts more like a political party than a union, Democratic Chicago Mayor Lori Lightfoot told The New York Times.

Lightfoot said the city has “labor peace” with all of its unions with the exception of the CTU and the Chicago Fraternal Order of Police.

“When you have unions that have other aspirations beyond being a union, and maybe being something akin to a political party, then there’s always going to be conflict,” she told the NYT.

“I think, ultimately, they’d like to take over not only Chicago Public Schools, but take over running the city government,” Lightfoot continued. “That’ll play itself out over time. I don’t really spend time, and certainly not in the middle of a pandemic, worrying about the politics. But politics intrudes, always.”

Lightfoot added that the CTU’s financial spending gives a “clear indication” of their priorities, according to the NYT. (RELATED: Chicago Teachers Union Suddenly Agrees To Immediate In-Person Classes After Threatening To Strike) 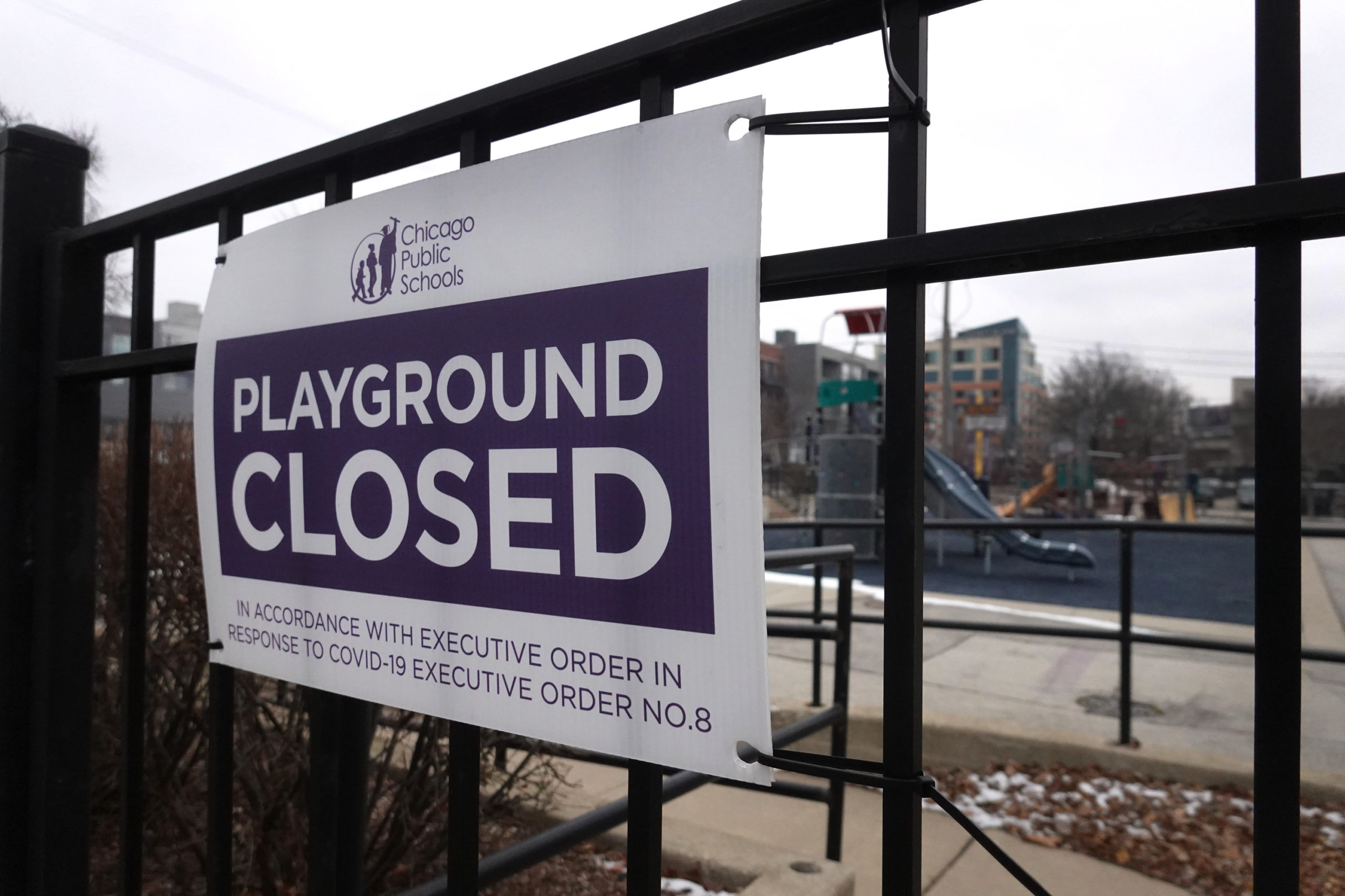 A sign hangs on a fence outside of Burr Elementary School on Jan. 25 in Chicago, Illinois. (Scott Olson/Getty Images)

The teachers union spent $1.5 million of its dues-funded budget on lobbying and other political activity over a recent 15-month period, according to a 2020 Chicago Sun Times analysis. CTU spent an additional $1.2 million on campaign contributions to pro-union politicians. CTU endorsed Lightfoot’s main opponent in the 2019 mayoral race.

On Wednesday, Lightfoot and Chicago Public Schools (CPS) CEO Janice Jackson announced that the city had finally reached an agreement with the union on a return to in-person classes.

“The vast majority of CPS families have been separated from their schools for nearly a year, and the ratification of our agreement ensures families have options to choose in-person learning and make a plan that is best for them,” they said in a statement.

The pair had previously threatened teachers with discipline including termination and said last that teachers who don’t show up to classes as ordered will lose access to the city’s online teaching portal, according to The Associated Press. In January, after defying CPS’ plan for in-person classes to resume, the CTU threatened to strike and refused to return unless teachers were vaccinated.

While the CTU signed off on the agreement last week, they signaled their displeasure with the city.

“Let me be clear. This plan is not what any of us deserve. Not us. Not our students. Not their families,” CTU President Jesse Sharkey said in a statement.