A man in Ukraine allegedly called the authorities admitting to a fake murder in an attempt to get the police to plow his road as they made their way to him.

The Ukrainian man, from the village of Grybova Rudnya, allegedly called the authorities on Monday and confessed to murdering his mother’s partner by stabbing them in the chest, according to The Guardian. When the self-professed murderer called the authorities, he reportedly advised the officials to clear the snow-covered road on their way to arrest him.

Police spokesperson, Yuliya Kovtun, stated Monday that “at the same time he immediately warned the police that they should come with a snowplough, because there is no other way to get to him,” according to the Guardian. 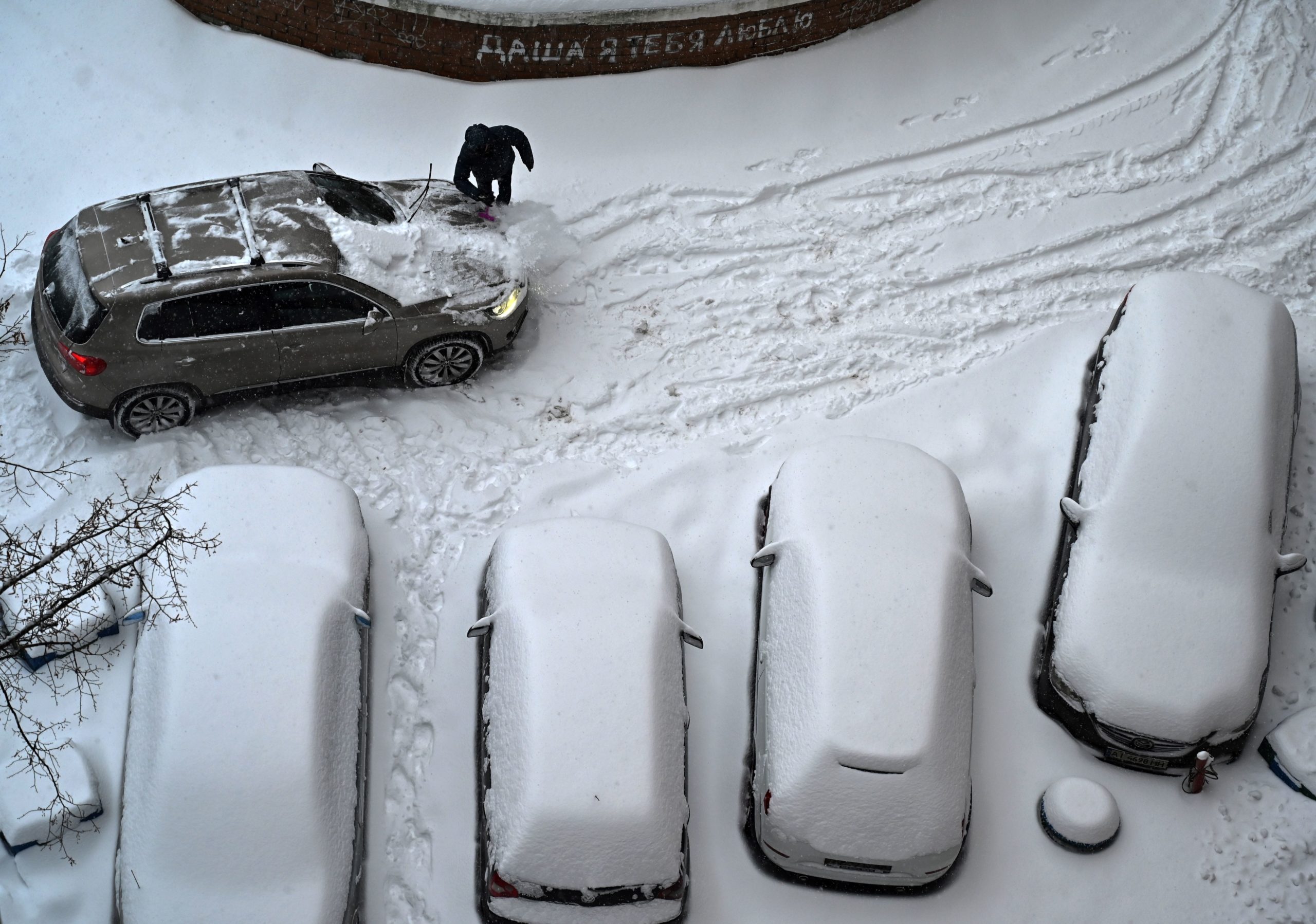 A man cleans his car from snow after a heavy night snowfall in the Ukrainian capital of Kiev on February 9, 2021. (Photo by Sergei SUPINSKY / AFP) (Photo by SERGEI SUPINSKY/AFP via Getty Images)

Kovtun said that the police did not follow his request and were able to make the trip in an SUV, according to the Guardian.

“Immediately after arriving, they discovered that the relative was indeed at the house, but in one piece and unharmed. No one had attacked him,” Kovtun continued. The man reportedly confessed to lying about the murder upon the arrival of the police.

For calling in a false report, the Ukrainian man now faces a fine of 119 hryvnias, or approximately $4.27, according to the Guardian. (RELATED: Winter Storm Causes Frozen Turbines, Massive Blackouts In Texas)