After the presidential election in 2012, a longtime adviser to Joe Biden urged the then-vice president’s sons, Hunter and Beau, to cultivate relationships with a group of wealthy political donors in order to “pull them in a little closer to Team Biden,” according to an email obtained by the Daily Caller News Foundation.

Federal prosecutors have accused Zuberi of using millions of dollars in political contributions — many of them illegal — to cozy up to both Democratic and Republican politicians to help his personal business interests and to strengthen his ties to multiple foreign governments.

Whether Hunter Biden developed a relationship with Zuberi is unclear from the emails obtained by the DCNF. But the jet-setting businessman did have subsequent meetings with Joe Biden, including one in Beverly Hills in 2014 in which the pair discussed Saudi Arabia’s concerns with U.S. negotiations over the Iran nuclear deal.

Zuberi reported details of the conversation back to Saudi Arabia’s ambassador, according to communications released as part of Zuberi’s criminal case last year.

Zuberi and two of his business associates also met with Joe Biden in Morocco in November 2014, according to Obama White House emails released last week in Zuberi’s case.

“Here are your business partner’s photos with The Vice President of the United States of America,” reads the email, which included a photo of Biden with Zuberi and his two business partners. (RELATED: Hunter Biden Called His Father And Chinese Business Partners ‘Office Mates’ In 2017 Email)

Prosecutors published the photo but blacked out the two Zuberi associates. They are also not identified in other court documents.

According to Obama White House records, Biden met with Morocco’s King Mohammed VI and spoke at the Global Entrepreneurship Summit in Marrakesh during the trip.

Email cited in court documents in the case of Imaad Zuberi

The email is part of a trove of records released last week as part of Zuberi’s criminal case that shows he rubbed shoulders with prominent Democrats and Republicans while he worked on business deals in Libya, Sri Lanka, Ukraine, Bahrain and Pakistan.

Prosecutors released other photos of Zuberi posing with Hillary and Bill Clinton, as well as with former Reps. Eliot Engel and Ed Royce, a Democrat and Republican, respectively.

Zuberi, who lives in Arcadia, California, also worked his way into Joe Biden’s inner circle through Fran Person, who served as a close personal aide to Biden until 2014.

Politico reported Friday that Zuberi sent messages on an encrypted phone app to an associate discussing an initiative involving Person to help Libyan government officials access more than $30 billion that had been frozen after the 2011 ouster of Libyan dictator Muammar Gaddafi. 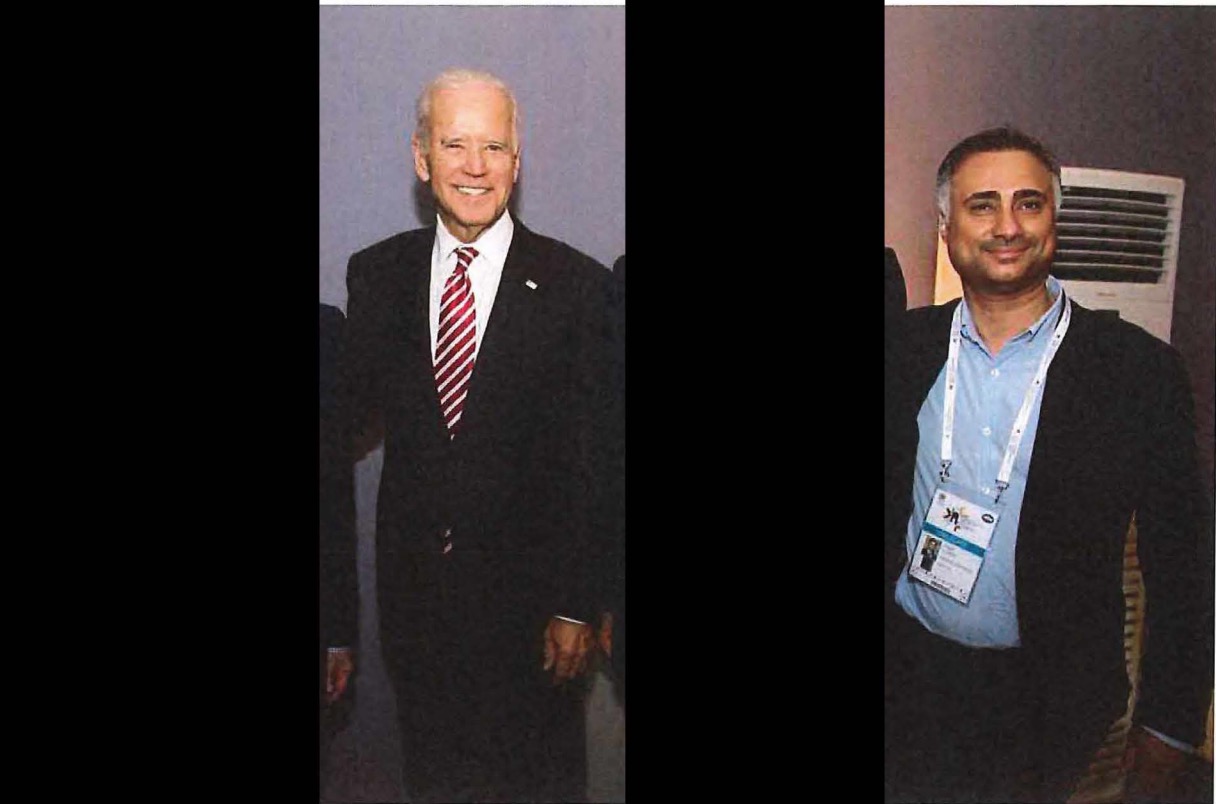 Politico noted that unfreezing the assets would have required U.S. government approval.

Zuberi pleaded guilty on Oct. 22, 2019, to funneling more than $1 million in political donations from foreigners to U.S. candidates, to tax evasion and to illegally lobbying for the Sri Lankan government.

He was indicted on Jan. 7, 2020, for obstructing an investigation into $900,000 in contributions he made to the Trump inaugural committee in December 2016 on behalf of business associates.

Prosecutors are seeking a 13-year prison sentence for Zuberi.

There is no indication of wrongdoing in the Bidens’ relationship with Zuberi, but the new details come as federal investigators are probing Hunter Biden’s taxes and foreign business activities.

The younger Biden revealed on Dec. 9 that he is under investigation by the U.S. attorney’s office in Delaware over his “tax affairs.” Prosecutors are reportedly looking into Biden’s work with companies in Ukraine, China and other countries as part of the probe.

Biden was hired to the board of Ukrainian energy firm Burisma Holdings in 2014 after his father took over as the Obama administration’s chief liaison to Ukraine. (RELATED: Hunter Biden Sought To Avoid Registering As a Foreign Agent In Chinese Business Venture) 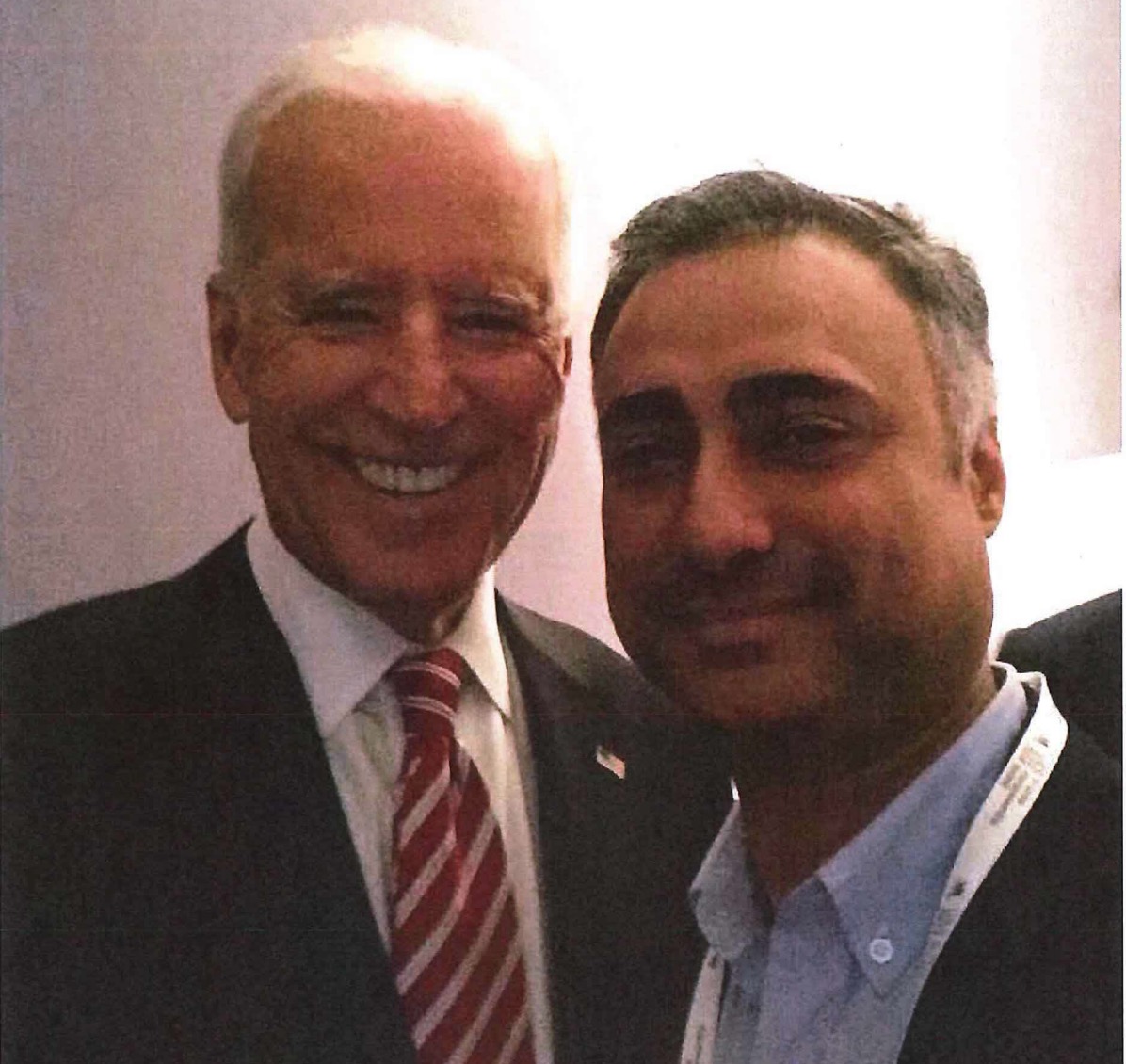 Biden and his sons met Zuberi at least twice during the 2012 presidential campaign, according to an email that public relations executive Robert Hoopes sent to Hunter and Beau on Nov. 27, 2012.

Hoopes, who was a staffer for Biden when he served in the Senate, sent Hunter and Beau Biden a list of prominent donors who they had met at Obama-Biden fundraising events.

Hoopes said the Bidens co-hosted two events with Zuberi that were “primarily targeted to the Asian-American community,” the second of which was in August 2012 in Bel-Air, California.

“They all had a great time, got to spend solid time with your Dad and the team and should still be glowing from the experience. With a few modest efforts we can keep that glow going,” Hoopes wrote.

“While the care and feeding of these folks resides with the DNC Finance folks there is an opportunity for our organization to pull them in a little closer to Team Biden,” he added.

Hoopes suggested that the Bidens contact the donors in the form of a note, staff outreach or an invitation to attend a function at the inauguration “beyond what the DNC Finance folks might offer.”

Hoopes does not say in the email why Team Biden wanted to maintain close ties to major party donors. At the time, after President Barack Obama had won his second term, it was widely speculated that Biden would run for president in 2016. He decided not to run in that contest, citing Beau Biden’s death in 2015 from brain cancer.

Emails released in Zuberi’s case show that he reported details of those conversations back to foreign dignitaries, including the ambassadors of Pakistan and Saudi Arabia.

In emails released last week, Zuberi claimed that he met with Obama and prominent lawmakers and discussed drones used in Pakistan.

“Thursday, I had interesting dinner with the President where he brought up the drones,” Zuberi wrote in an April 25, 2015, email to then-Pakistani ambassador Jalil Abbas Jilani.

“You know we are big advocates of drones especially Predators because of our relationship to owners of General Atomics (maker of Predators).”

The Associated Press reported on Nov. 30 that Zuberi disclosed purported details of a meeting he had with Biden in 2014 to Adel al-Jubeir, who at the time served as Saudi Arabia’s ambassador to the U.S.

Zuberi said he asked Biden about his position on Saudi Arabia’s objection to the U.S. government negotiations with Iran over its nuclear program, according to the AP report.

Zuberi told al-Jubeir that Biden claimed “the Saudis are whining because they know North America will be energy independent and their usefulness will be greatly diminished for United States.”

“It doesn’t seem like he is a fan of Saudi Arabia. We can discuss when we meet,” Zuberi wrote, according to the AP.

Zuberi also wrote in emails before meetings with Biden that he planned to discuss U.S.-China relations, a development in Bahrain, and Biden’s possible trip to Pakistan, according to the AP.

The White House did not respond to a request for comment, but the Biden transition team distanced the 78-year-old Democrat from Zuberi in a statement to the AP.

“Mr. Zuberi’s emails heavily misrepresent and embellish the interactions described, which were all in group settings — mostly donor roundtables,” Andrew Bates, a spokesman for Biden’s transition team, told the wire service. “Mr. Zuberi was vetted at the time and passed because he obviously concealed the activities in question, which neither then-Vice President nor the others to whom he donated had any way of knowing about.”