Speaker of the House Nancy Pelosi’s office fired back at a group of Republicans who are demanding answers on the security decisions leading up to the Capitol riot Jan. 6.

Pelosi’s office responded to Fox News by putting blame on the Republican lawmakers and saying that safety is not their priority.

“Two of the four House Republican ranking members voted to overturn the results of a fair election, just hours after the Capitol was sacked by an insurrectionist, right-wing mob – a mob incited by Trump,” Pelosi’s deputy chief of staff, Drew Hammill, said. “A full 65% of House Republicans joined them in voting to undermine our democracy. All four ranking members also voted against holding Donald Trump accountable for inciting the mob.” 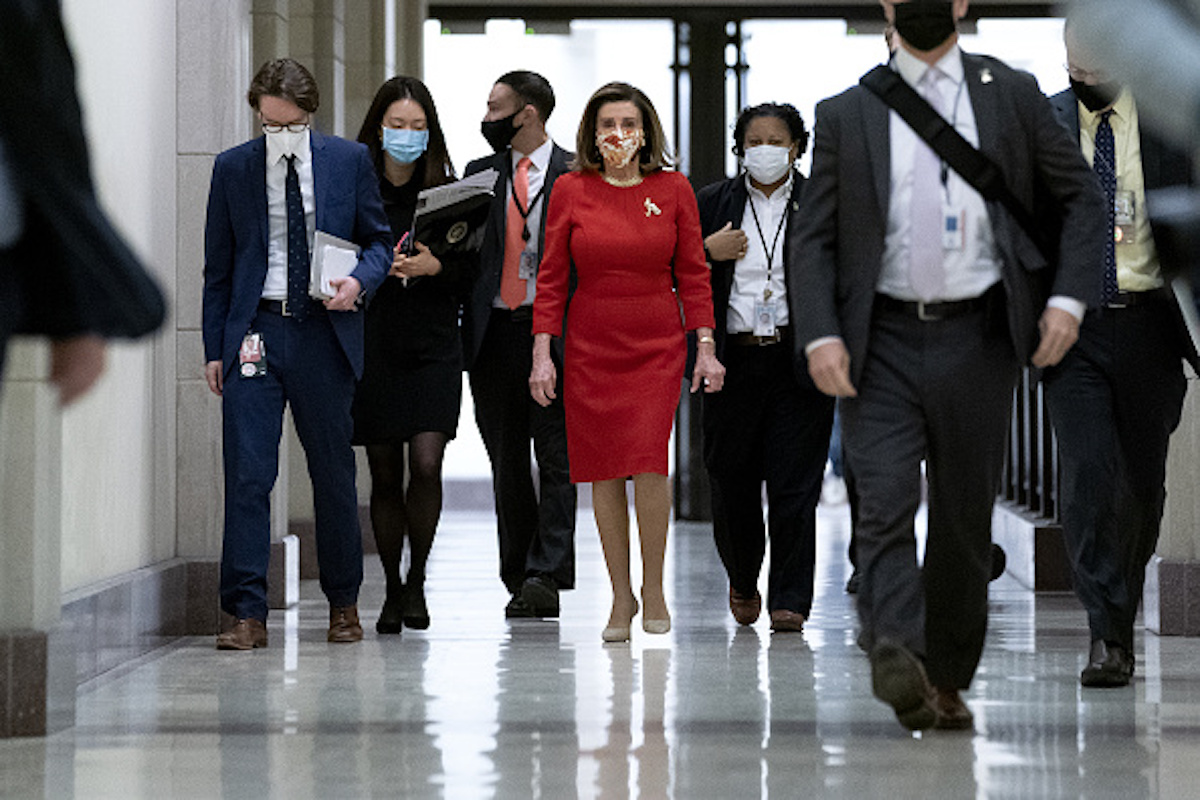 “Clearly, the security of our Capitol and democracy are not the priorities of these ranking members,” he continued. (RELATED: ‘No Insurrectionists Stormed Our Hallway’: Rep. Mace Slams Media Over Coverage Of Ocasio-Cortez’s Capitol Riot Story)

The Republican’s letter placed blame on Pelosi for not properly securing the Capitol, saying, “As you are aware, the speaker of the House is not only the leader of the majority party, but also has enormous institutional responsibilities… The speaker is responsible for all operational decisions made within the House.” (RELATED: Newly Released Video Shows Officer Goodman Saving Mitt Romney From Mob Of Capitol Rioters)

Capitol police have since increased security around the Capitol building and there are still National Guard troops on the ground. Newly installed fencing and razor-wire are still up around the complex after the Capitol riot, where acts of vandalism and violence postponed the Electoral College certification process and forced members of Congress to evacuate the building.