The latest poll from Gallup shows support for a third American political party at its highest point ever recorded.

The poll surveyed 906 adults between January 29 and February 2 and found that 62 percent of survey participants think that the Republican and Democrat “parties do such a poor job representing the American people that a third party is needed.” Gallup began recording third-party support in 2003, and the previous high point for third-party support, 61 percent, came in September 2017. 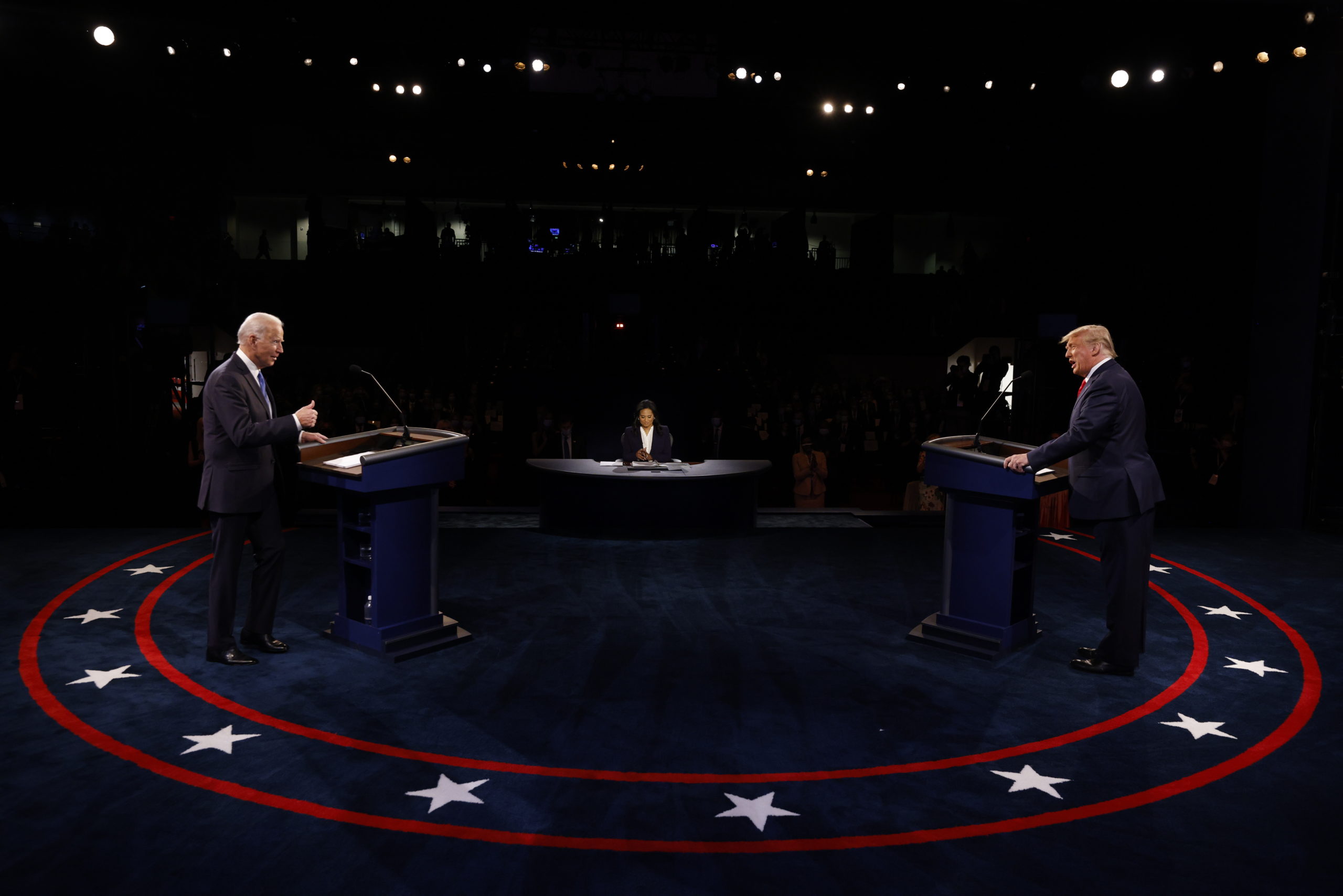 NASHVILLE, TENNESSEE – OCTOBER 22: U.S. President Donald Trump and Democratic presidential nominee Joe Biden participate in the final presidential debate at Belmont University on October 22, 2020 in Nashville, Tennessee. This is the last debate between the two candidates before the November 3 election. (Photo by Jim Bourg-Pool/Getty Images)

Furthermore 50 percent of participants self-identified as Independents, by far the highest mark recorded by Gallup, with Republicans and Democrats evenly splitting the remaining 50 percent. Both parties also received negative approval ratings, with 48 percent approving of the Democrat party and just 37 responding favorably of the Republican party.

Donald J. Trump For President “did not authorize the filing of this Form 1, has not entered into any joint fundraising agreement to fundraise through Patriot Party, and has no knowledge of Patriot Party’s activities whatsoever,” Trump’s office wrote in response to the filing. “To be clear: DJTFP has no affiliation with Patriot Party.”

Trump’s camp releases this photo from his meeting with McCarthy today pic.twitter.com/uJaA2FN5a0

“President Trump’s popularity has never been stronger than it is today, and his endorsement means more than perhaps any endorsement at any time,” Trump’s office said in a statement following the meeting. “President Trump has agreed to work with Leader McCarthy.”