More lawmakers are backing an independent 9/11-style commission into the Capitol riot on Jan. 6 following the Senate’s acquittal of former President Donald Trump on a charge of inciting the deadly insurrection that took place.

Congressional investigations were already scheduled after this week’s recess, but lawmakers from both parties have called for a holistic investigation following Trump’s acquittal on Saturday afternoon. House Speaker Nancy Pelosi also asked retired Army Gen. Russel Honoré in January to oversee a thorough review of the Capitol’s security in order to prevent something similar from occurring in the future.

“There should be a complete investigation about what happened,” said Louisiana Republican Sen. Bill Cassidy on Sunday. “What was known, who knew it and when they knew, all that, because that builds the basis so this never happens again.”

After voting that the trial was unconstitutional in January, Cassidy voted differently once the trial began, and was one of seven Republicans who ultimately voted to convict the former president. He was censured by his state Republican Party following his vote. (RELATED: Trump ‘Wished Lawmakers Be Intimidated,’ Cassidy Says Following Vote To Convict) 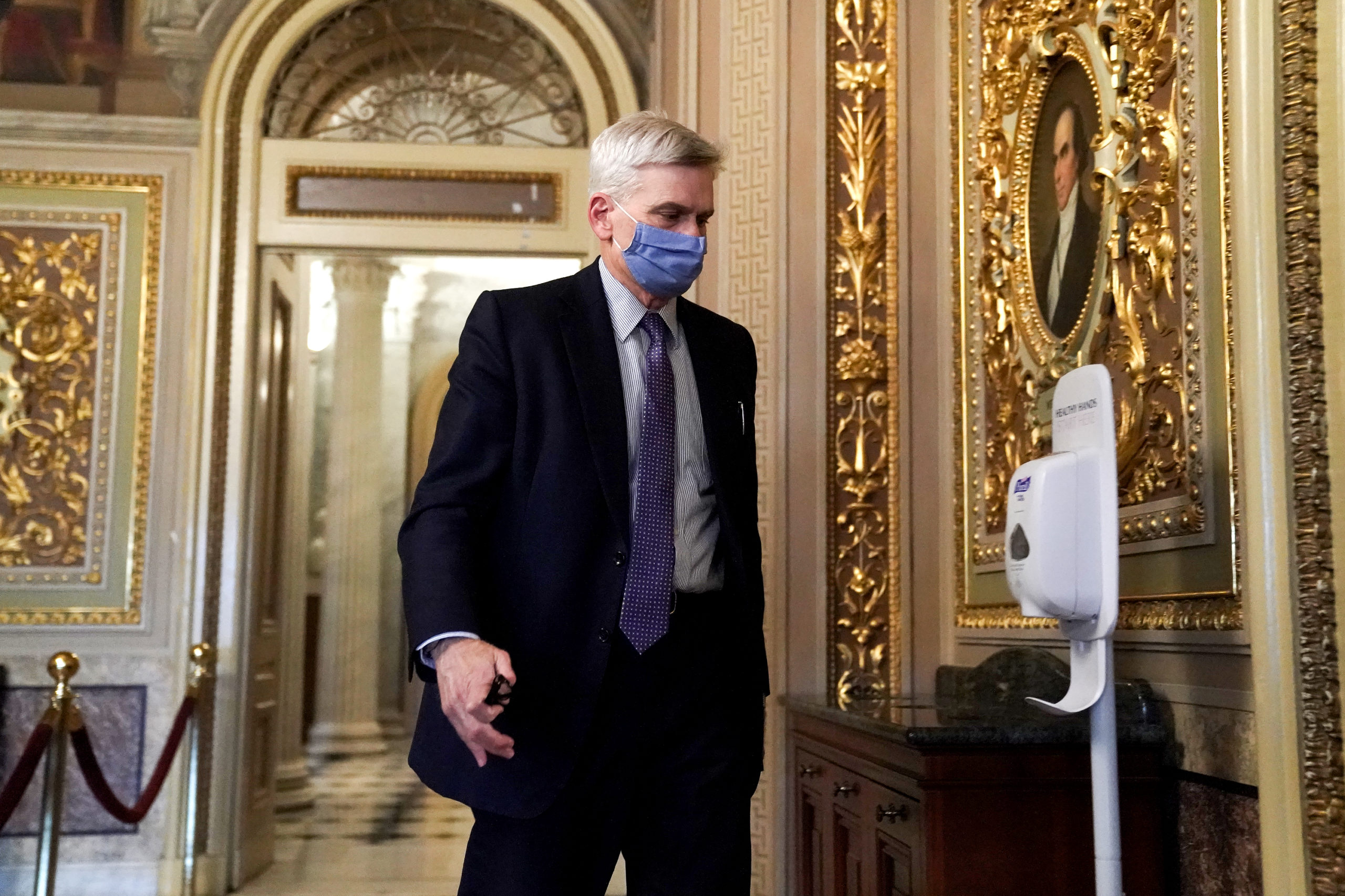 Sen. Bill Cassidy (R-LA.) is seen in the Senate Reception Room during the fifth day of the impeachment trial of former President Donald Trump on Capitol Hill on February 13, 2021 in Washington, DC. (Greg Nash/Getty Images)

“There’s still more evidence that the American people need and deserve to hear and a 9/11 commission is a way to make sure that we secure the Capitol going forward,” said Delaware Democratic Sen. Chris Coons. “And that we lay bare the record of just how responsible and how abjectly violating of his constitutional oath President Trump really was.”

A full commission, however, would likely require legislation to take form. While top leaders including Pelosi have called for its creation, it could lead to another partisan fight that slows President Joe Biden’s agenda.

But even Republicans who voted to acquit Trump have called for a commission into the deadly Jan. 6 riot, including some of his most ardent defenders.

“His behavior after the election was over the top,” said South Carolina Sen. Lindsey Graham. “We need a 9/11 commission to find out what happened and make sure it never happens again.”

Even Senate Minority Leader Mitch McConnell railed against Trump’s conduct on and after Jan. 6, saying that he used his supporters as a “human shield against criticism” during a blistering floor speech Saturday afternoon.

“The president did not act swiftly, he did not do his job, he didn’t take steps so federal law could be faithfully executed and order restored,” McConnell said. “Instead, according to public reports, he watched television happily, happily, as the chaos unfolded.” (RELATED: Trump Lashes Out At His Vice President As His Supporters Storm The Capitol)

Pennsylvania Democratic Rep. Madeleine Dean, who also served as a House impeachment manager, called for a 9/11-style commission as well, saying that an investigation “not guided by politics but filled with people who would stand up to the courage of their conviction” was required to achieve the fullest understanding of what happened.