The percentage of New Yorkers who approve of Gov. Andrew Cuomo’s job performance dipped from 56% in January to 51%, according to the Siena College poll released Tuesday. But, 46% of voters said they were prepared to re-elect Cuomo if he decides to run again in 2022, down two percentage points from Siena’s November poll.

“While Cuomo remains popular and gets strong ratings across the board from Democrats, independents are closely divided on their feelings toward Cuomo,” Greenberg continued. “Republicans, who had shown Cuomo some love early in the pandemic last spring, are now overwhelmingly negative in their views on Cuomo.” (RELATED: EXCLUSIVE: New York Admits Knowingly Undercounting Nursing Home Deaths After Quietly Changing Reporting Rules) 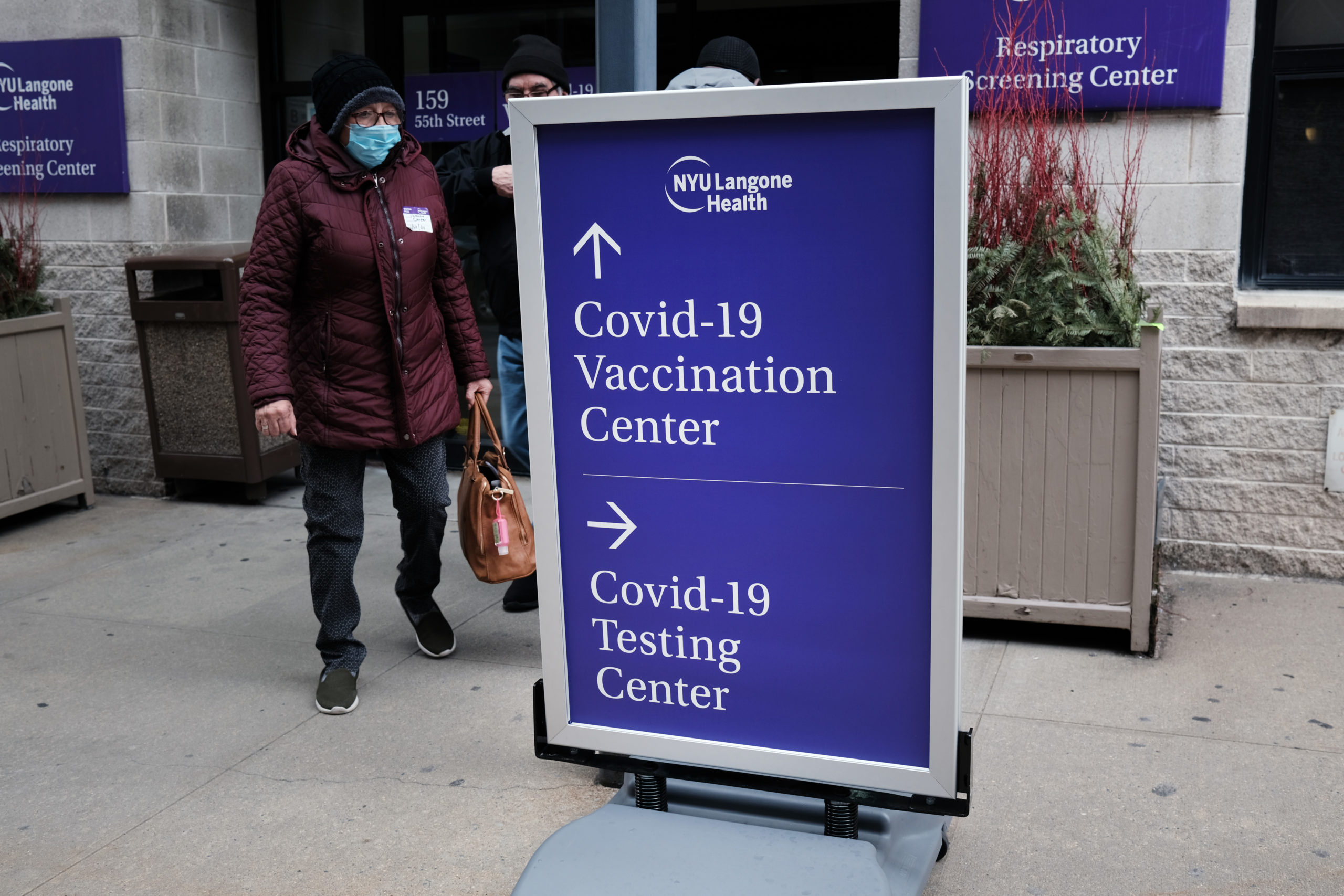 People walk by a sign for both a coronavirus testing clinic and a vaccination location on Jan. 27 in New York City. (Spencer Platt/Getty Images)

The New York State Department of Health had previously told the Daily Caller News Foundation it changed its method of reporting nursing-home fatalities in May. But Cuomo boasted that New York had an effective pandemic response using the manipulated statistics.

Both Democrats and Republicans have condemned Cuomo’s mishandling of state death statistics over the last week. Democratic New York State Sen. Jessica Ramos called for Cuomo and his administration to be subpoenaed over the scandal.

“It has become increasingly clear that the Governor has allowed his ego and his donor base to dictate the response to this pandemic,” Ramos said in a statement.