Perdue filed forms Monday with the Federal Election Commission (FEC) to indicate that he will again run for Senate in Georgia in 2022, explaining in a Tuesday statement that he is still considering the run to help regain a majority in the Senate for Republicans.

“First, Georgia is not a blue state and yet, as I write this today, the people of Georgia are represented by two of the most radically liberal individuals to ever occupy a seat on the hallowed floor of the United States Senate. They do not fairly represent most Georgians,” Perdue said in a statement. “That was demonstrated in my November General election when we beat the Democrat by almost two points and they didn’t even get 48% of the total vote. More than 52% of Georgians rejected my opponent and the liberal Democrat agenda. Five million Georgians, the most ever, voted in that general election and it is the best poll of where Georgia is right now.”
“Second, we need to regain the Republican majority in the US Senate to change the direction of the country. This is the same reason I ran in the first place in 2014 when we had hard evidence of how the Obama administration had failed,” h e continued. “That administration gave us the lowest economic output in US history while doubling the debt of all previous presidents. Today, we can already see the impending damage that America will suffer from the Biden administration. Many believed that Biden would govern as a moderate but in less than a month we can clearly see how he has given into the radical side of the Democratic party.”

Bonnie and I are considering running in 2022. Here’s my note on why: pic.twitter.com/Wnyt0tB3th 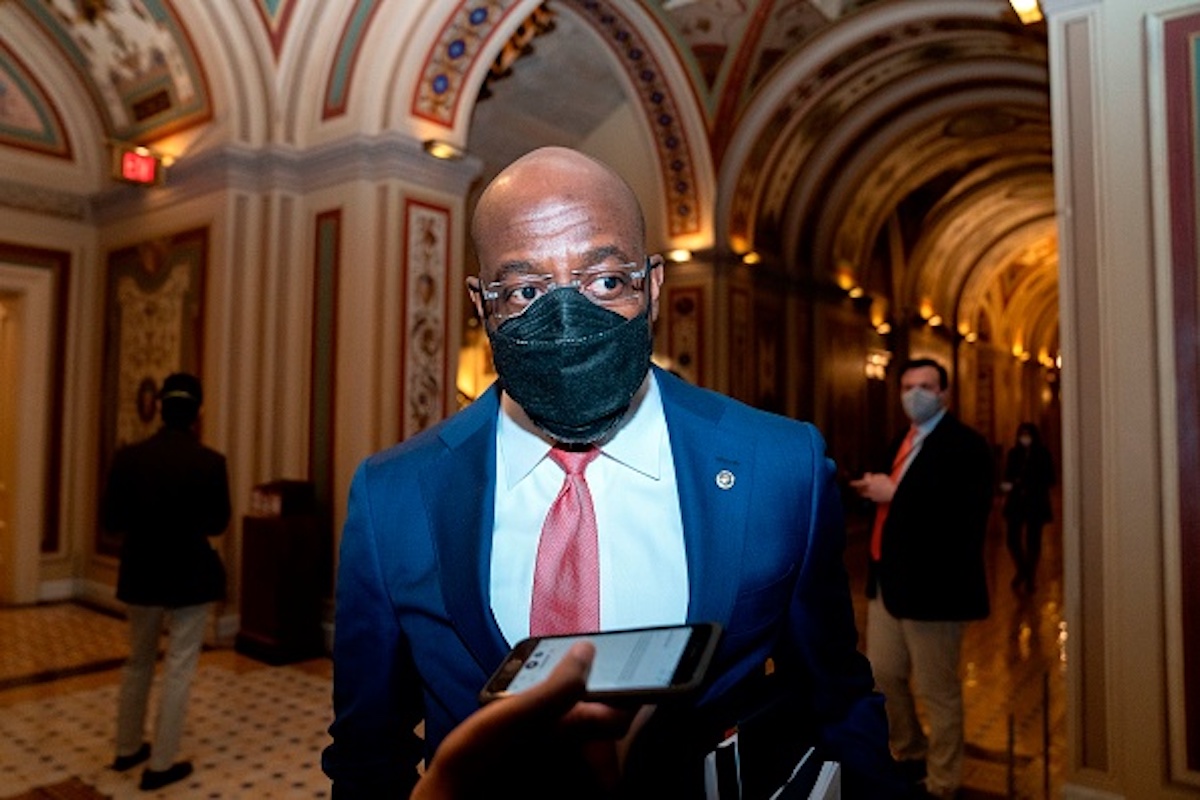 Democratic Senator Raphael Warnock speaks to the press at the US Capitol after the fifth day of the second impeachment trial of former US President Donald Trump, on February 13, 2021, in Washington, DC. (Photo by STEFANI REYNOLDS/POOL/AFP via Getty Images)

Perdue conceded to his Democratic opponent Jon Ossoff in the Senate runoff election in Georgia on Jan. 8. If he will run again in 2022, it would be against Warnock, who defeated former Republican Georgia Sen. Kelly Loeffler in the runoff election. Warnock is serving out the remainder of former Republican Sen. Johnny Isakson’s term. Isakson retired at the end of 2019 due to health concerns. (RELATED: David Perdue Files FEC Paperwork To Run For Senate In 2022)

The Georgia Republican said he will make a decision within the next few weeks.