A portion that said McConnell “had too many chins” was left out of the toned-down final statement, according to a report from Politico released Tuesday evening.

“The Republican Party can never again be respected or strong with political leaders like Senator Mitch McConnell at the helm,” Trump said in the released statement. “His lack of political insight, wisdom, skill, and personality has rapidly driven him from majority leader to minority leader. And it will only get worse.” 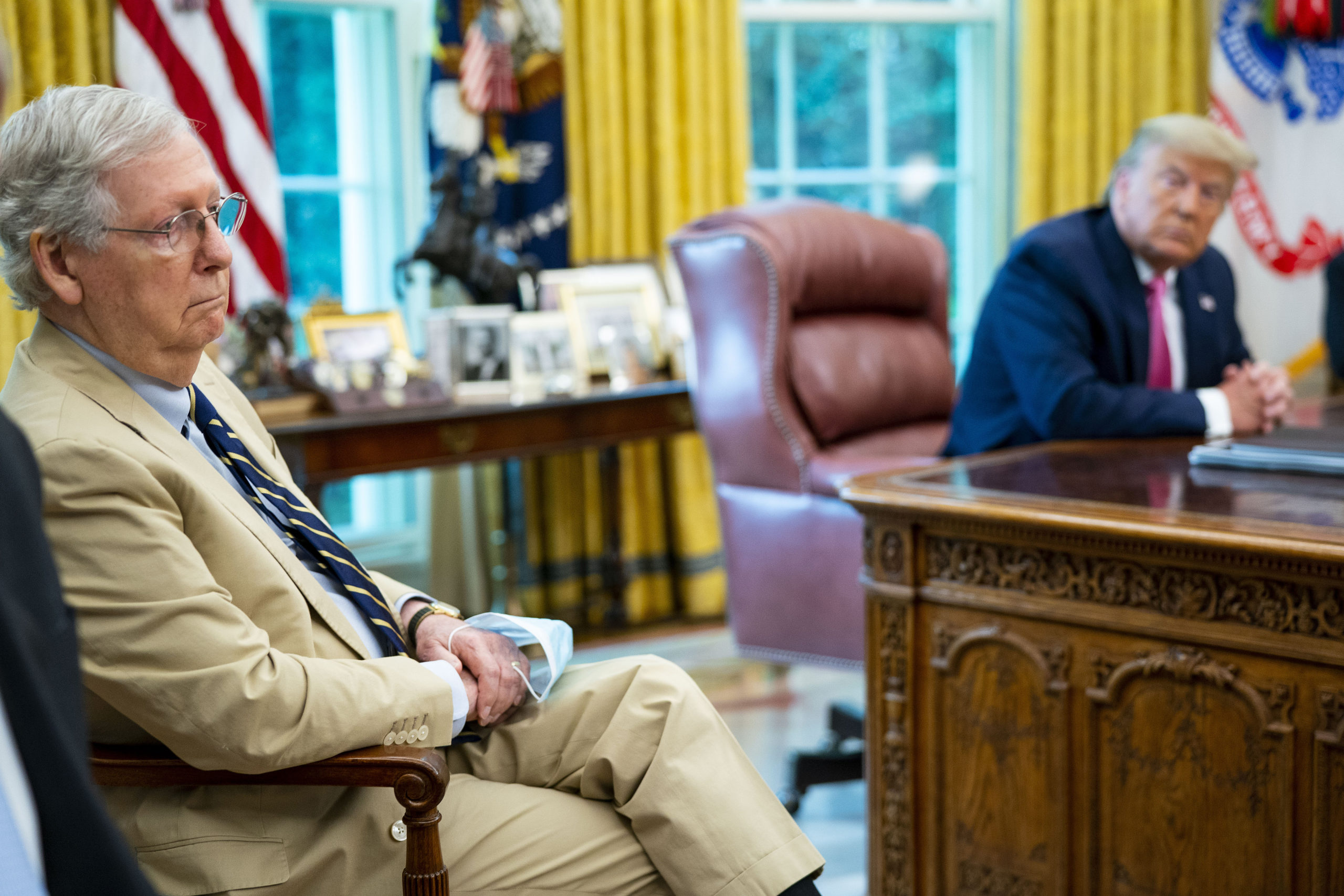 A source told the outlet that Trump was ultimately convinced by his advisers to remove the statement.

“There was also a lot of repetitive stuff and definitely something about him having too many chins but not enough smarts,” the source told Politico. (RELATED: ‘Holy War’: Doug Jones Says Mitch McConnell Was Trying To Distance Trump From GOP)

Though McConnell ultimately voted against convicting Trump on the impeachment charge of incitement to insurrection, he issued a scathing rebuke of the former president on the Senate floor, accusing Trump of evading responsibility and using his voters as “a human shield.”