The bill, called the Creating Hope and Opportunity Through Increased Choice in Education (CHOICE) Act, will authorize “Opportunity Grants” which will provide financial assistance to families in public school districts that are not offering full-time, in-person education. The income-based grants can be used by families to pay tuition at private schools, purchase educational materials, or pay for homeschooling or micro-schools.

“Our public school students have been out of class in many places for a year,” Bishop told the Daily Caller in an interview. “And even now, although the science is clear that students can go back to school safely, that it isn’t even necessary that every teacher be vaccinated first, we still have the Biden Administration bowing to teachers’ unions rather than moving as quickly as possible restoring students to classrooms.” (RELATED: Unions Move The Goalposts On School Reopenings To The Detriment Of Children) 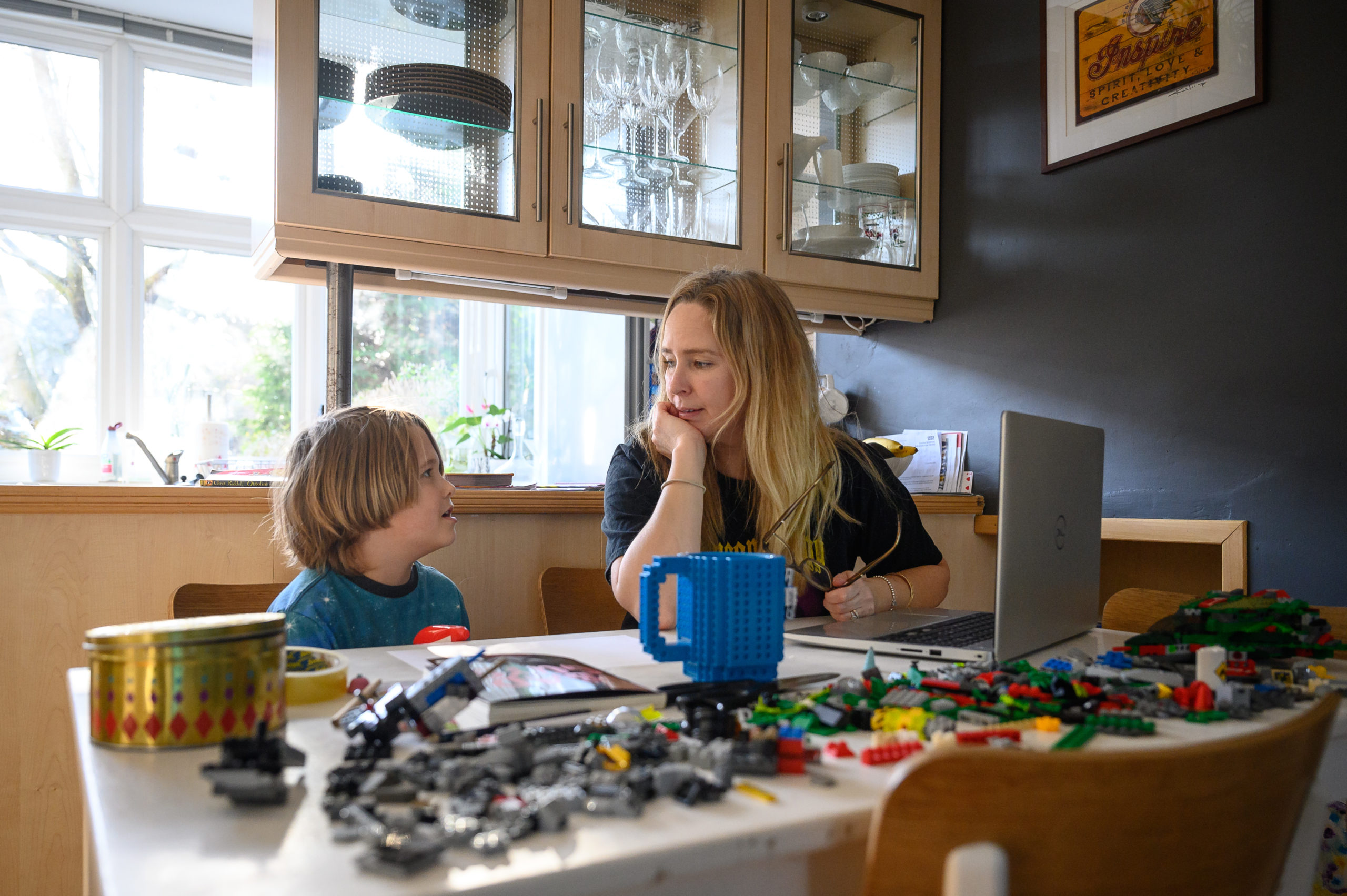 James Laurie, aged 8, is assisted in his online work by his mother Laurette as he continues home schooling, on January 25, 2021 in London, United Kingdom. Under current government policy, schools in England wouldn’t open before the February half-term break at the earliest, but the prime minister has declined to commit to reopening them before Easter. (Photo by Leon Neal/Getty Images)

“The idea is that parents would be able to take control of the situation – if they believe that their students would be well served by being back in class, this would provide them a means to pay for that.”

The legislation will require that 10% of any federal K-12 public school coronavirus relief funds go towards the grant program. It also prohibits the federal government from having any say over the practices of private, religious, or home education – meaning the government cannot force private schools to shut down in-person learning.

Bishop called the provision preventing the government from interfering with private education “an extraordinarily important part of the bill.”

“Lot of times, whenever government money gets involved, people want to put government restraints,” Bishop said. “And the whole idea here is, the public school system, because of the headlock that the unions have on them, are not responding to the needs of students for in-person instruction.”

Teachers’ unions around the country have been fighting to keep schools from returning to in-person learning, arguing that it is not yet safe for teachers to return to classrooms. Bishop said that while one would hope unions would not push back against the CHOICE Act, “there is not a good track record in terms of school choice and public teachers’ unions.”

“They don’t want parents to have choice, apparently, but choice in education, as a general proposition, is the civil rights issue of the 21st century,” Bishop added. “Senator Cruz says that a lot and I totally agree with him.”

The funds would be allocated through a means-tested program based on qualification for reduced-price lunches. If a family has an income that’s between 200 and 250% of the threshold to receive reduced price lunches, for example, then 70% of their eligible expenses would be paid for by the grant money.

“I will say this, wealthy families are not going to get relief from this legislation,” Bishop said. “But for middle-class and low-income families, this would be a lifeline to the parents of students who need to be back in class.”