President Joe Biden stopped short of listing a specific point in time when life will return to normal following the coronavirus pandemic after being asked Tuesday night, but he hoped that by “next Christmas” the country would be in a “very different place.”

“They tell me be careful not to predict things that you don’t know for certain what’s going to happen because then you’ll be held accountable,” Biden answered when asked by host Anderson Cooper when the pandemic “is going to be done?” 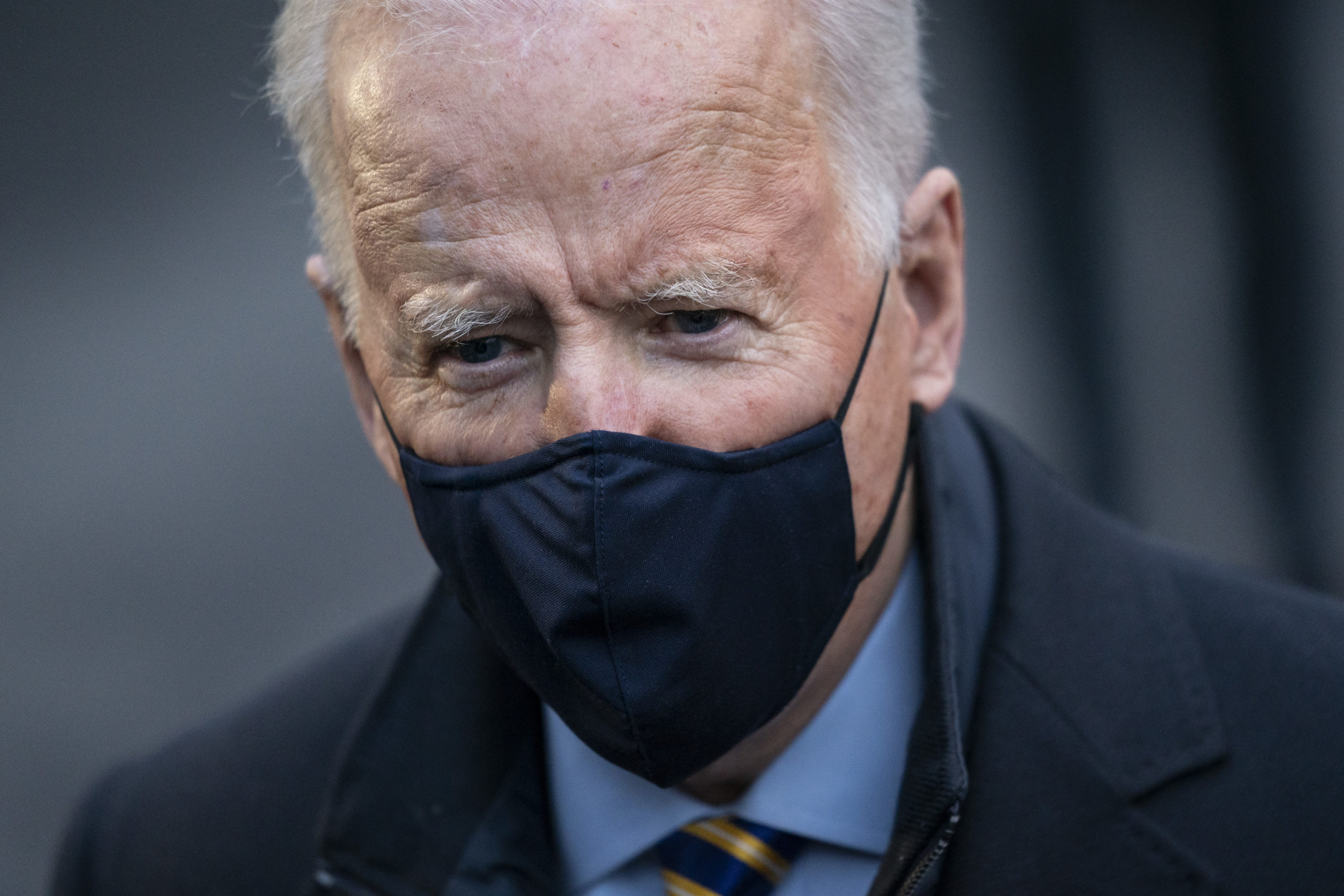 WASHINGTON, DC – FEBRUARY 16: U.S. President Joe Biden speaks briefly to reporters on his way to Marine One on the South Lawn of the White House on February 16, 2021 in Washington, DC. (Photo by Drew Angerer/Getty Images)

“By next Christmas I think we’ll be in a very different circumstance, God willing, than we are today,” he added. (RELATED: White House Announces Largest Increase In Weekly Vaccine Distribution Since Biden Took Office)

“A year from now, I think that there will be significantly fewer people having to be socially distanced, have to wear a mask, but we don’t know,” he continued. “We don’t know for certain, but it is highly unlikely that by the beginning of next year school, traditional school year in September we are not significantly better off than we are today.”

The president added that his coronavirus team estimates that the total number of vaccine doses purchased by the government should be enough to vaccinate 70 percent of the total population and “God willing” achieve herd immunity.

Dr. Anthony Fauci — a member of the White House coronavirus team and POTUS’ chief medical advisor — has recently changed his own assessment for when all Americans would be able to be vaccinated if they so desired.

Fauci said in early February that he believed late-April would be “open season” on vaccinations, regardless of people’s priority groups or specific risk-levels, yet he told CNN on Tuesday that time will more likely occur later in the summer.

The Biden administration has increased its weekly shipments of vaccine doses to all 50 states by nearly 60 percent since the inauguration on January 20, White House press secretary Jen Psaki and coronavirus adviser Jeff Zients announced separately Tuesday.

The White House has also partnered with states and local governments to set up both large-scale vaccination sites in arenas and smaller, community health centers in underserved neighborhoods. Furthermore, the administration began shipping 1 million doses each week directly to pharmacies across the nation and announced plans to double those shipments starting the week of February 22.

Throughout this process, the president has also called on Congress to pass his $1.9 trillion American Rescue Plan, which provides another round of direct stimulus payments to qualifying taxpayers and other economic relief measures, as quickly as possible.