Thousand of people participated in protests against the military coup in Myanmar on Wednesday regardless of a warning from a U.N. official that the military could be planning a violent response to quell demonstrations, the Associated Press reported.

Protesters strategically parked their vehicles in Yangon, Myanmar’s largest city, to keep military forces from getting to demonstrators who held signs demanding the release of ousted leader Aung San Suu Kyi, the AP reported. Large demonstrations were held in opposition to a ban on gatherings of more than five people in Mandalay and Naypyitaw.

“I am terrified that given the confluence of these two developments­ — planned mass protests and troops converging — we could be on the precipice of the military committing even greater crimes against the people of Myanmar,” U.N. Official Tom Andrews said in a statement. 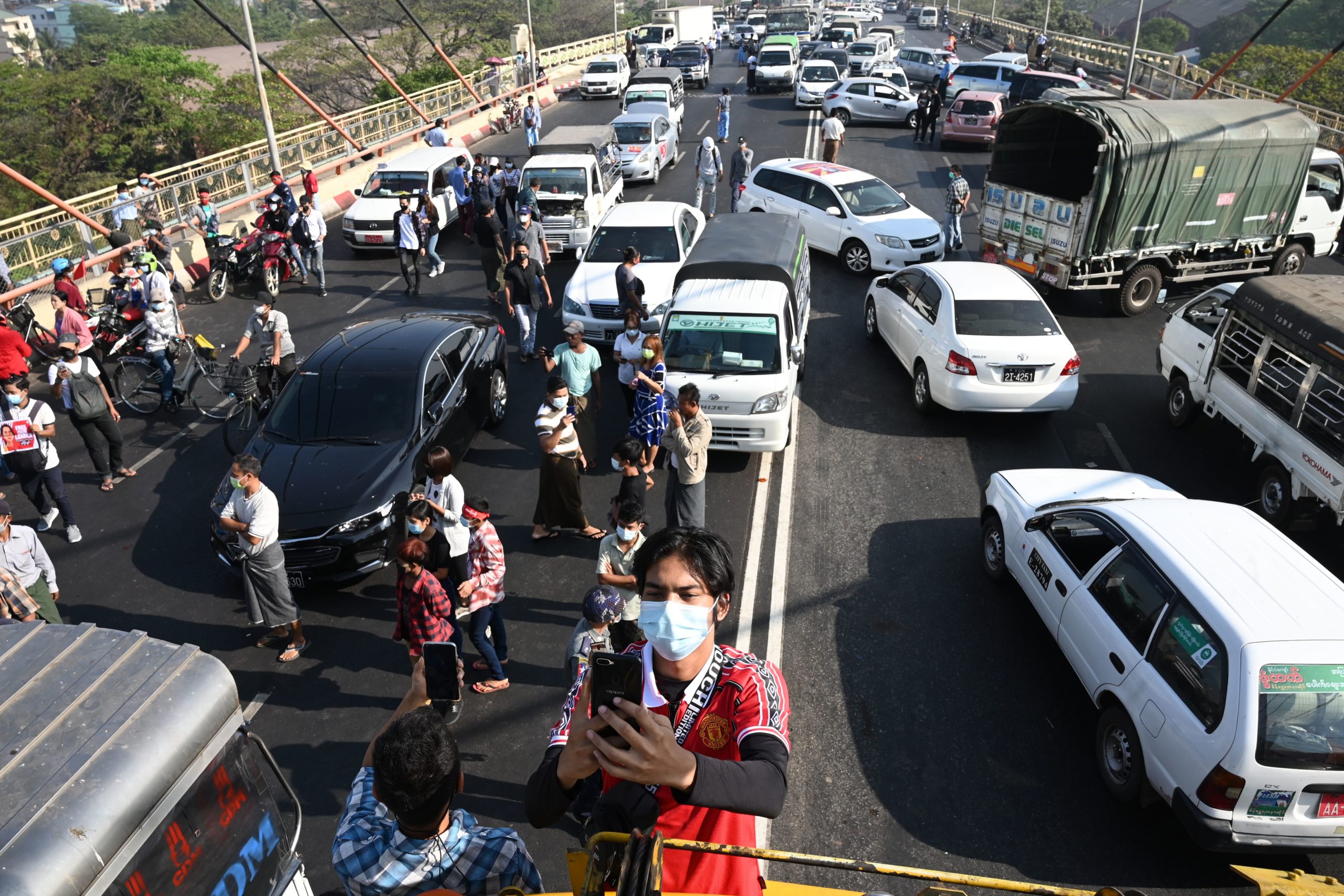 Protesters block a bridge with their cars during a demonstration against the military coup in Yangon on February 17, 2021. (Photo by Sai Aung Main / AFP) (Photo by SAI AUNG MAIN/AFP via Getty Images)

One man said that his car broke down “due to the suffering that our people are undergoing now. We just stopped the cars here on the road to show that we do not want the military regime,” the AP reported. He spoke on the condition of anonymity for fear of being targeted.

Andrews said that the last time troops were reportedly deployed to Yangon people were killed, arrested and disappeared en masse. No major instances of violence were reported in connection with the demonstrations, the AP reported. (RELATED: Military Takes Power In Myanmar Coup, Detains Head Of Government)

“I have received reports of soldiers being transported into at least Yangon from outlying regions. In the past, such troop movements preceded killings, disappearances, and detentions on a mass scale,” Andrews said.

Security forces aimed firearms at protesters and hit them with slingshots and sticks, injuring several people earlier this week, the AP reported. A military-ordered internet blackout was in place for the third day in a row from 1 a.m. to 9 a.m. Tuesday.

Military forces seized power over the country as the newly elected government was to be instated on Feb. 1, the AP reported. The military junta defended the coup saying that the government failed to investigate claims of election fraud.