His wife Kathryn announced the news on his radio show, Fox News reported. Limbaugh’s death follows his announcement in January 2020 that he was diagnosed with Stage IV lung cancer. Throughout his battle, Limbaugh continued hosting his radio show, “The Rush Limbaugh Show.”

Breaking: Rush Limbaugh has passed away from complications to lung cancer, his wife announced on his radio show.

Shortly after his diagnosis, former President Donald Trump awarded Limbaugh the Presidential Medal of Freedom in 2020. The surprise award at the State of the Union address led to the radio host tearing up as then-first lady Melania Trump placed the medal around his neck. (RELATED: Watch Rush Limbaugh React When Melania Trump Presents Him With Medal Of Freedom In SOTU Surprise)

The Presidential Medal of Freedom is the highest award given for a civilian.

Limbaugh launched “The Rush Limbaugh Show” in 1988 and it became the most listened-to radio show in America, according to Fox News. He would go on to become one of the most well-known figures in conservative politics and media.

Limbaugh’s producer Bo Snerdly updated fans earlier in February after Limbaugh was absent from the show for one week. Snerdly said the staff was continuing to pray for Limbaugh over what the radio host previously described as a “death sentence.”

Limbaugh is in the National Association of Broadcasters Hall of Fame, as well as the Radio Hall of Fame. He was a best-selling author and appeared on TIME’s 100 Most Influential People in the World list in 2009.

Prior to his cancer diagnosis, Limbaugh learned he had an autoimmune disease that affected his hearing beginning in 2001. A few years later in 2003, Limbaugh went into a treatment facility for an addition to pain medication, according to Fox News.

Limbaugh also worked on ESPN’s “Sunday NFL Countdown” for a short time in 2003, but resigned after comments he made about an NFL quarterback sparked backlash. (RELATED: Megyn Kelly Criticizes Michael Savage For Response To Rush Limbaugh’s Health Update) 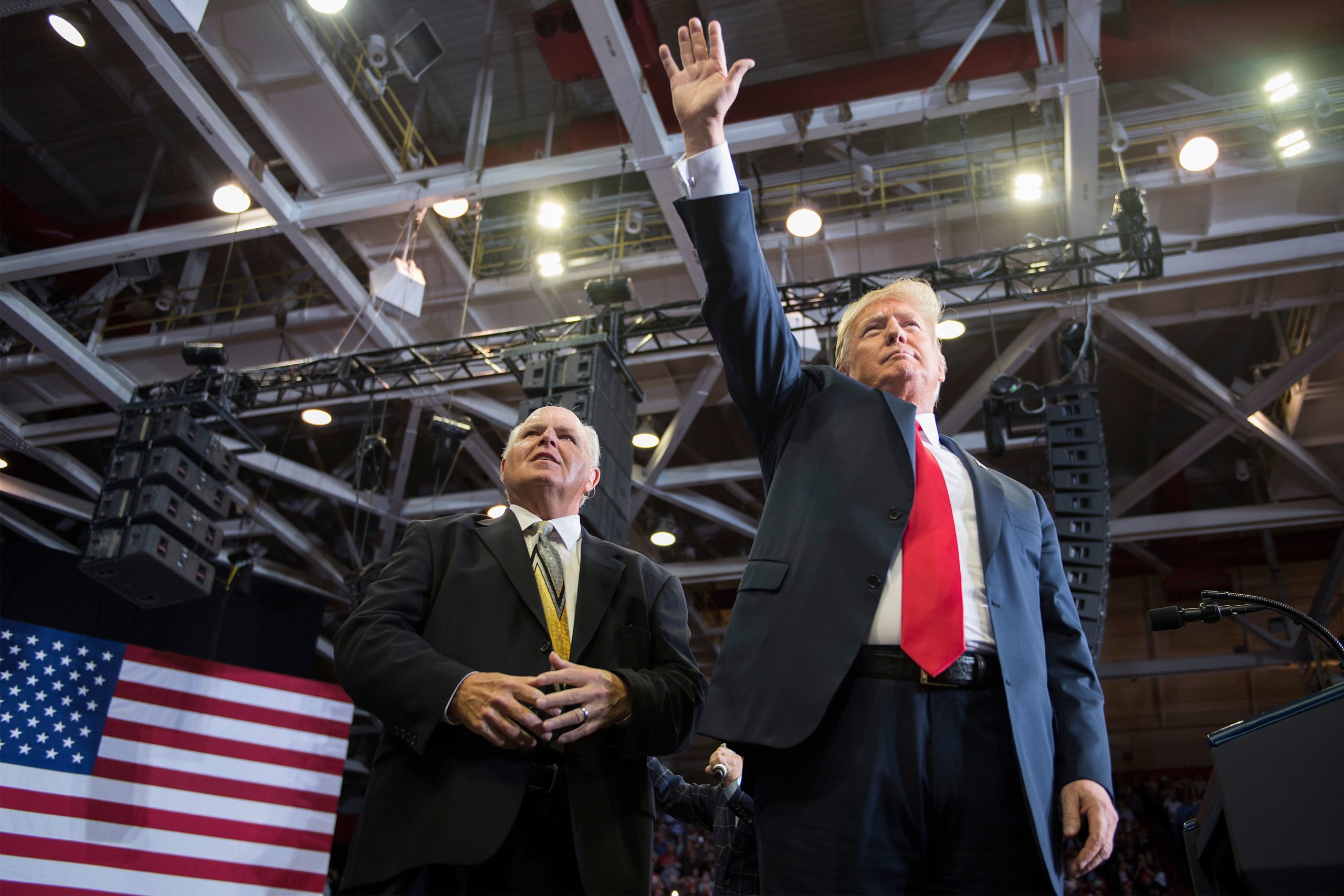 While Limbaugh had many well-known moments throughout his career, Fox News described his 2009 speech at the Conservative Political Action Conference as “one of the most important moments” for his work. During this speech, Limbaugh aimed to detail exactly “who conservatives are,” saying that they “love people” and see “potential” in everything.

“We love people,” Limbaugh told the crowd. “When we look out over the United States of America, when we are anywhere, when we see a group of people, such as this or anywhere, we see Americans. We see human beings. We don’t see groups. We don’t see victims. We don’t see people we want to exploit. What we see — what we see is potential. We do not look out across the country and see the average American, the person that makes this country work. We do not see that person with contempt. We don’t think that person doesn’t have what it takes.”