The U.S. government has spent nearly a billion dollars on “gender equality” projects in Afghanistan since 2002, and although there were some improvements for womens’ conditions in the country, there were significant barriers, including “harmful sociocultural norms,” a report shows.

The Special Inspector General for Afghanistan Reconstruction released its report Wednesday detailing how the U.S. has spent more than $787.4 million promoting gender equality in the beleaguered country by promoting access to health care, education and justice for women and girls. 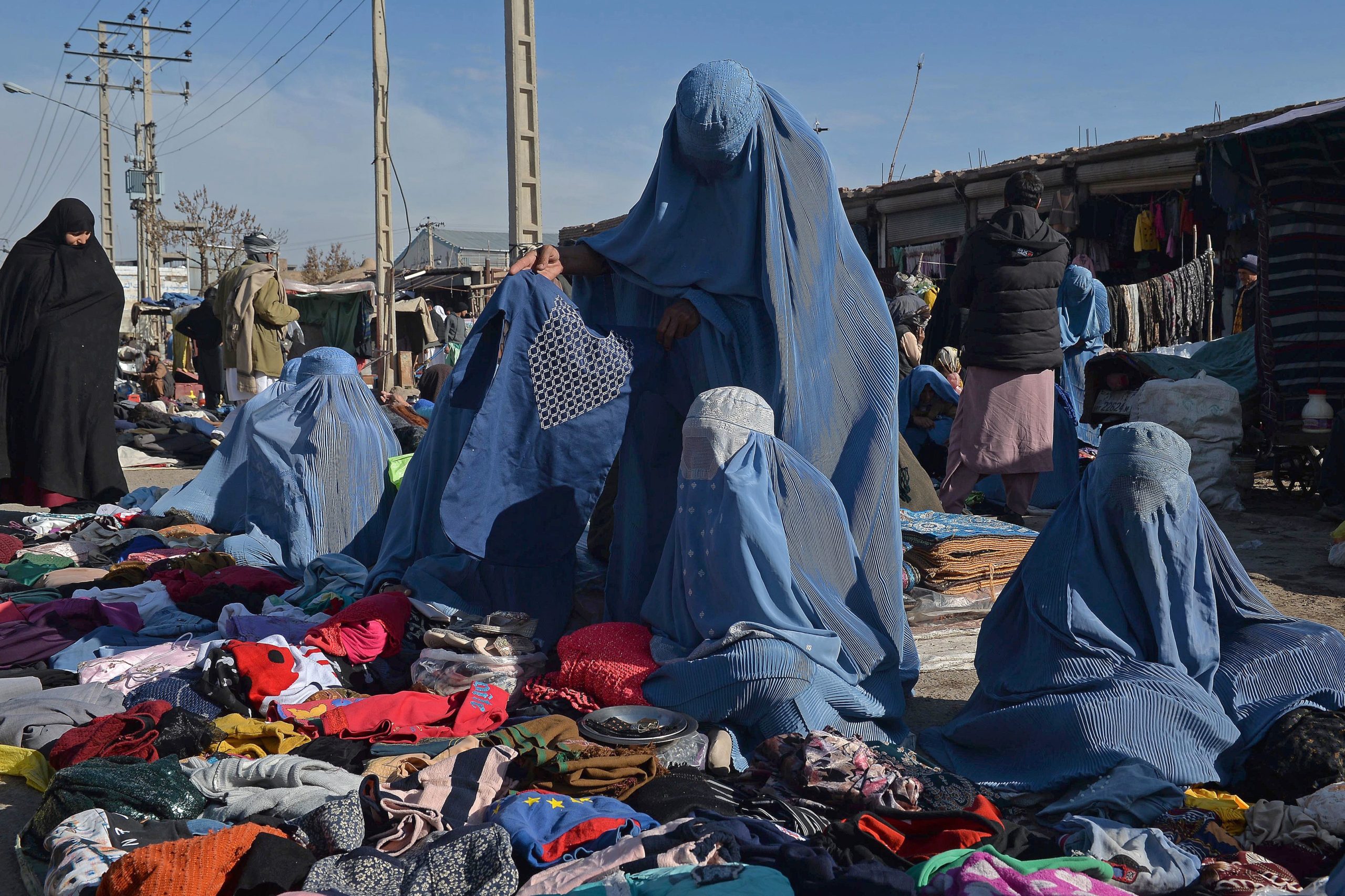 Burqa-clad women sell clothes along on a roadside in Herat on February 1, 2021. (Photo by HOSHANG HASHIMI/AFP via Getty Images)

However, Afghanistan remains one of the most difficult places in the world to be a woman because of violence associated with the war and cultural norms that are major “barriers to Afghan women’s advancement.”

Among the improvements listed in the report include a decline in the maternal mortality ratio, or the number of women who die due to birth- or pregnancy-related complications. The percentage of pregnant women recieving prenatal care by skilled professionals rose from 16% to 61% between 2002 and 2015. More women are also working in healthcare, with the number of health facilities with at least one woman healthcare worker growing from 25% to 95%, according to the report.

There was an improvement in the number of girls enrolled in school and the number of women in teaching jobs, and the literacy rate among girls grew from 20% in 2005 to 39% in 2017. The report also says that an unprecedented number of women now hold public office and civil service jobs in Afghanistan, in roles including ministers, ambassadors, and police officers.

The report also recognizes a number of obstacles preventing women from achieving gender equality in Afghanistan. Among them are social and cultural norms, which the report notes international aid programs have often failed to take into account when delivering aid. 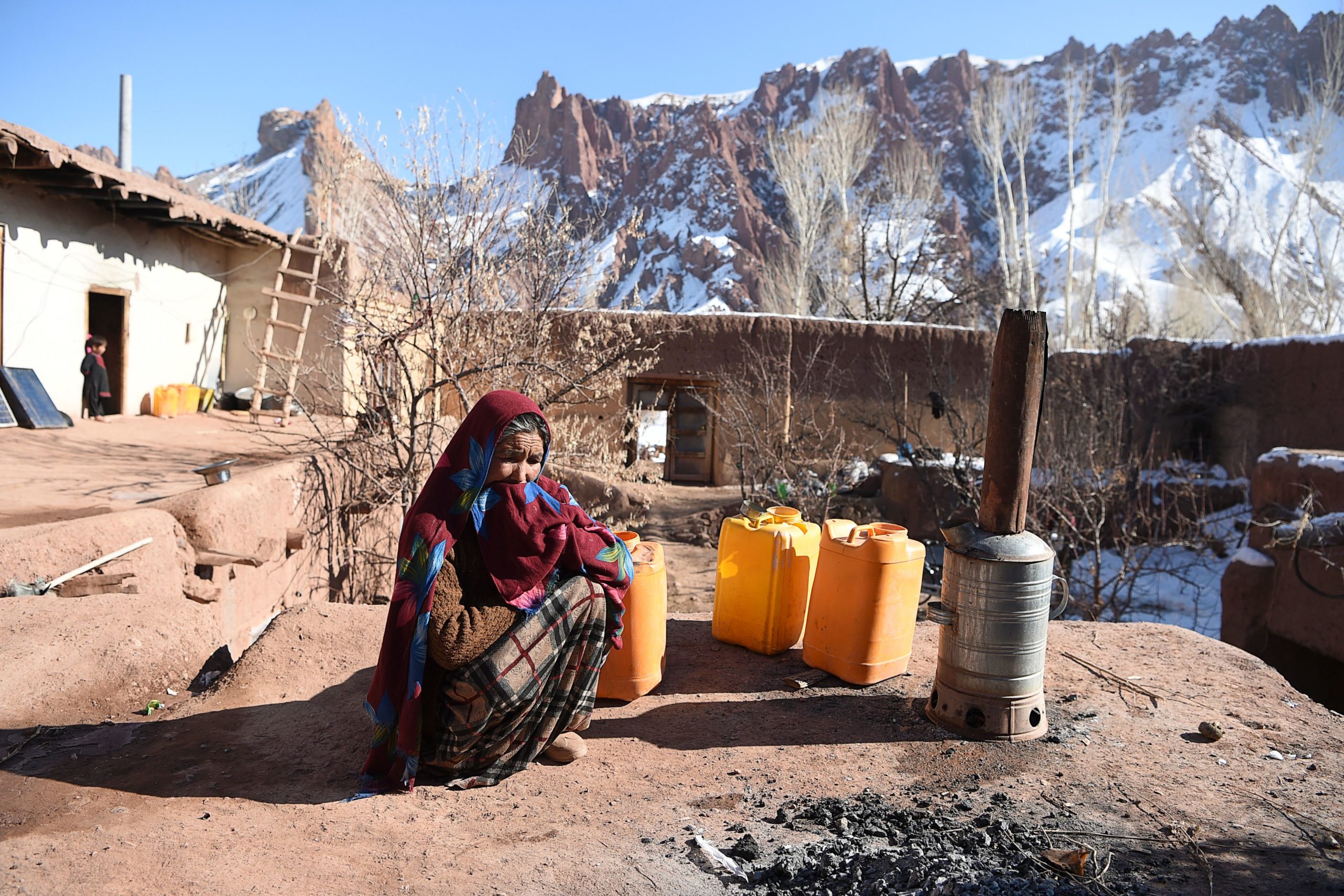 In this photo taken on January 6, 2021, a Hazara woman Jawahir Sedaqat, who lost two sons in an explosions on November 24 last year in the city of Bamiyan, sits in the courtyard of her house in the Somarah village on the outskirts of Bamiyan province. -(Photo by WAKIL KOHSAR/AFP via Getty Images)

“Men in our community think the role of women is to sit at home and cook,” a woman from Nangarhar Province said, as part of a series of SIGAR-commissioned interviews. “If their mothers tell them to behave well with their wives, so they do, and if their mothers order them to beat their wives and misbehave, so they also do.”

Security was also cited as a challenge women face, placing a limit on where women can safely travel and work without fears of being targeted by militants or sexually harassed. Women voiced objections over the Taliban’s control of women, and their fear of retaliation from the Taliban and anti-government elements if they ventured into male-dominated areas like the security forces or politics.

While some interviewees saw the Taliban as a source of insecurity, some also blamed the U.S. for stoking violence in the country.

“When the Americans arrived here, there [were] security incidents on a daily basis on the highways,” a male community development member from Kunar Province said in an interview. “We could not travel to Jalalabad at that time without fear, but now one can travel to Jalalabad even at 1 a.m. without feeling any security concerns, because the Americans are not here anymore.”

One woman recalled rockets and bomb attacks from the U.S. invasion. Another woman said she believed that if the U.S. left Afghanistan, the situation for women would improve. 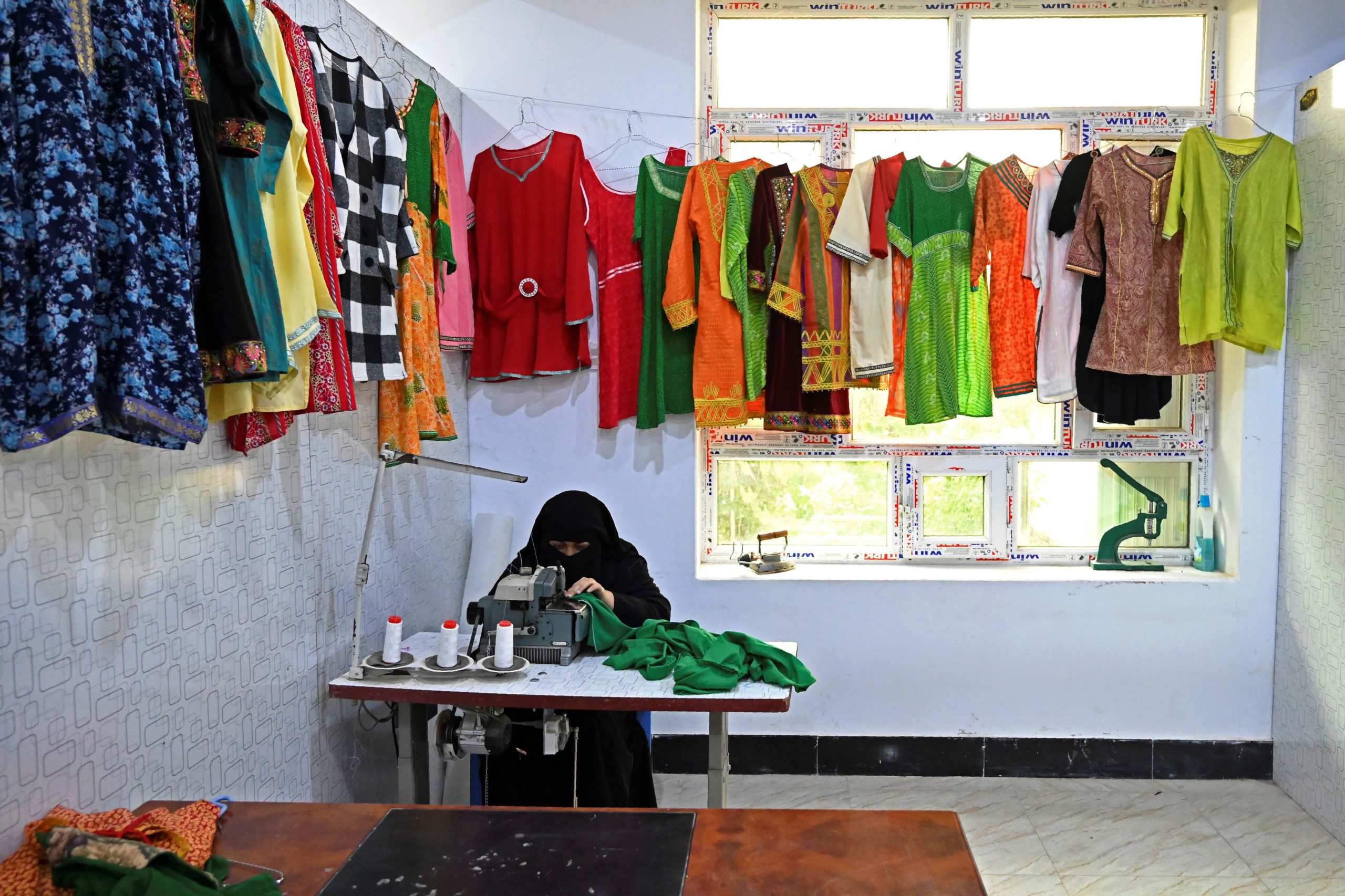 In this photo taken on September 29, 2020, a woman works in a tailor workshop at the Khadija Kubra Women’s Association for Culture in Kandahar. (Photo by WAKIL KOHSAR/AFP via Getty Images)

“I think most of the terrors that happen are due to them or by them. And I believe the lives of women will also become better, because they [the United States] are the biggest reason our security here is so bad,” she said.

The U.S. has 2,500 American soldiers in Afghanistan as part of a phased troop withdrawal that stems from an agreement made in 2020 between the Trump administration and the Taliban aimed at peace negotiations. There were roughly 13,000 soldiers in late February 2020, according to VOA.

Following numerous high-profile assassinations, the Biden administration indicated that it would keep U.S. troops in Afghanistan past a May withdrawal deadline that was agreed upon in the deal signed by President Donald Trump. (RELATED: Biden Should Stick With Trump’s Agreement To Withdraw From Afghanistan, Veteran And Foreign Policy Expert Says)