In an interview with Guy Benson on Fox News radio, Scott was asked if he would still support McConnell as their leader moving forward, to which he responded by saying “definitely yes.” Trump slammed McConnell in a statement Tuesday night, saying the Republican party will never be “strong” with McConnell in the Senate. 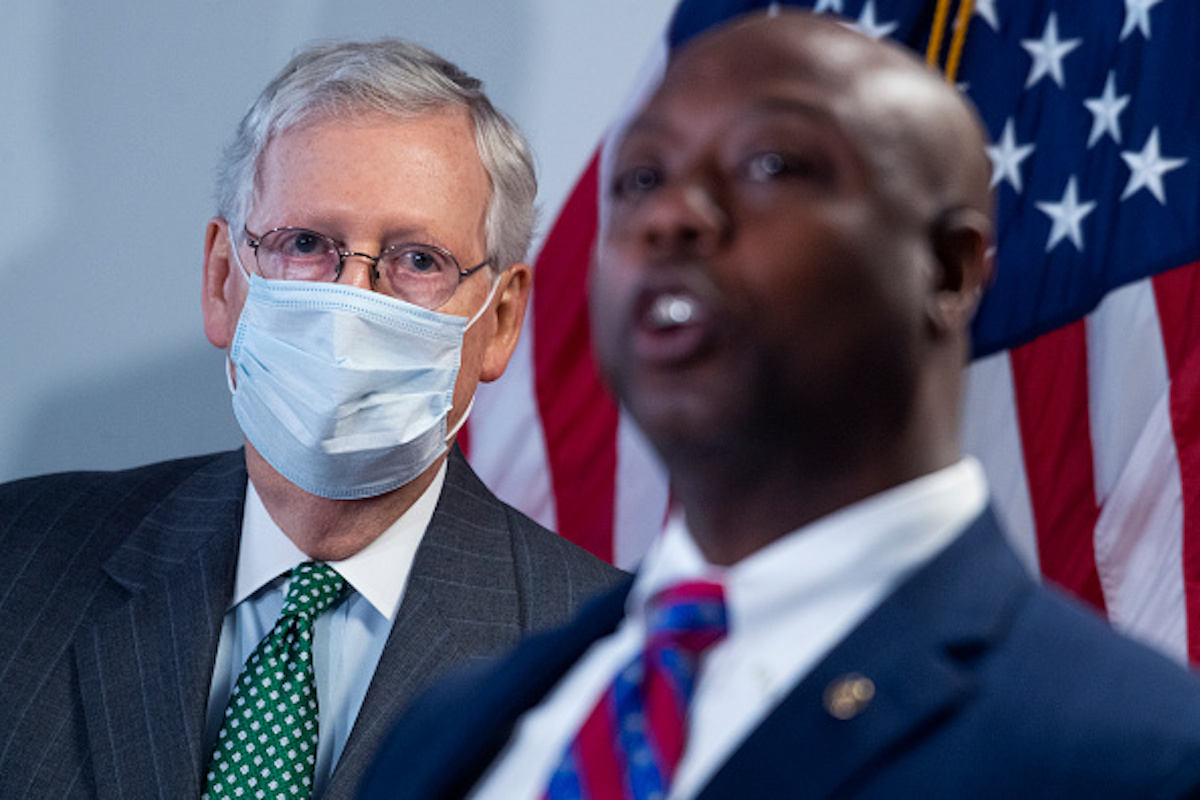 “We’re going to have to have leaders in both all three areas that are willing to work together even after they bicker, fight and sometimes come to blows verbally. And that is something that we have overcome in the past that we will overcome in the future,” Scott added. (RELATED: ‘It Will Only Get Worse’: Trump Statement Rips Into Mitch McConnell)

Republican South Carolina Sen. Lindsey Graham called for an end to the dispute between Trump and McConnell.

“They are now at each other’s throat,” Graham told Fox News host Sean Hannity Tuesday night. “I am more worried about 2022 than I’ve ever been. President Trump is the most consequential Republican in the party. If Mitch McConnell doesn’t understand that, he is missing a lot. But my beef is not with Mitch McConnell, because he has the same policy views I do. My beef is that we need to knock this off.”

In late January, McConnell said that he hadn’t spoken to Trump since Dec. 15, as some reported that McConnell has said he does not want to speak to Trump again after the Jan. 6 Capitol riot. However, McConnell still voted to acquit Trump in his Senate impeachment trial despite their differences. (RELATED: McConnell Says He Will Vote To Acquit Trump In Impeachment Trial)

McConnell has not yet publicly addressed Trump’s comments.