Determining the origins of the coronavirus pandemic has been a goal of researchers for roughly a year, but China’s lack of transparency has made this effort more complicated.

A team of scientists led a month-long World Health Organization (WHO) mission to China in February to investigate the origins of the coronavirus, but Chinese authorities refused to provide data on 174 early cases of COVID-19 in Wuhan from December 2019, The Wall Street Journal reported.

“They showed us a couple of examples, but that’s not the same as doing all of them, which is standard epidemiological investigation” https://t.co/9EoZ45RwTY

The Chinese officials and scientists gave the WHO team their own analysis of data on the COVID-19 cases and aggregated data, saying that they had found no evidence of the virus. But the officials didn’t give the raw underlying data, which would allow scientists to conduct their own study into how the virus spread in China, WHO members told the Journal.

Dr. Peter Embarek, the leader of the WHO delegation to Wuhan, said that it was “extremely unlikely” that a lab accident caused the first infection in humans. 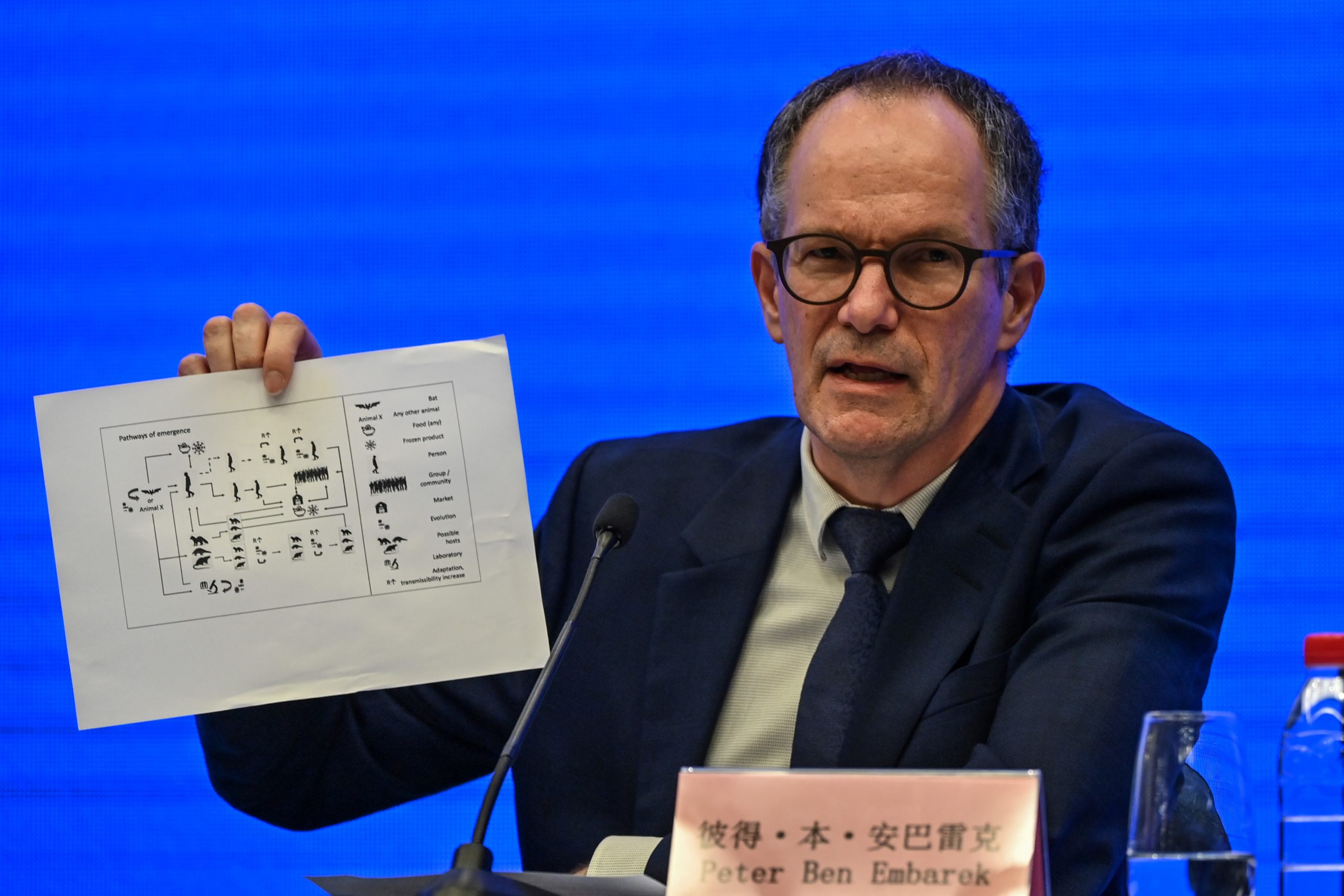 Peter Ben Embarek speaks during a press conference to wrap up a visit by an international team of experts from the World Health Organization (WHO) in the city of Wuhan, in China’s Hubei province on February 9, 2021. (Photo by HECTOR RETAMAL/AFP via Getty Images)

He also said that investigators planned to focus on three theories for how the virus transmitted to humans: through frozen food transported to Wuhan, by jumping from a bat species to humans or through an animal infected by a bat which then spread to humans.

Because not all relevant details were given to researchers, as is standard practice for an investigation, the interpretation of the data is very limited. The WHO does not have the power to compel member governments to give it data, therefore it is dependent on cooperation from China to aid in the search for the virus’ origins, according to the WSJ. Without this cooperation, a lot of questions about a virus that has killed more than 2.3 million people globally remain unanswered.

China’s unwillingness to provide the requested raw data from early cases of coronavirus in Wuhan also may suggest that the Chinese government could have something to hide.

National Security Adviser Jake Sullivan called on the Chinese government to release the raw data, saying that the Biden administration has “deep concerns” about the WHO’s investigation in China into the origins of the virus. 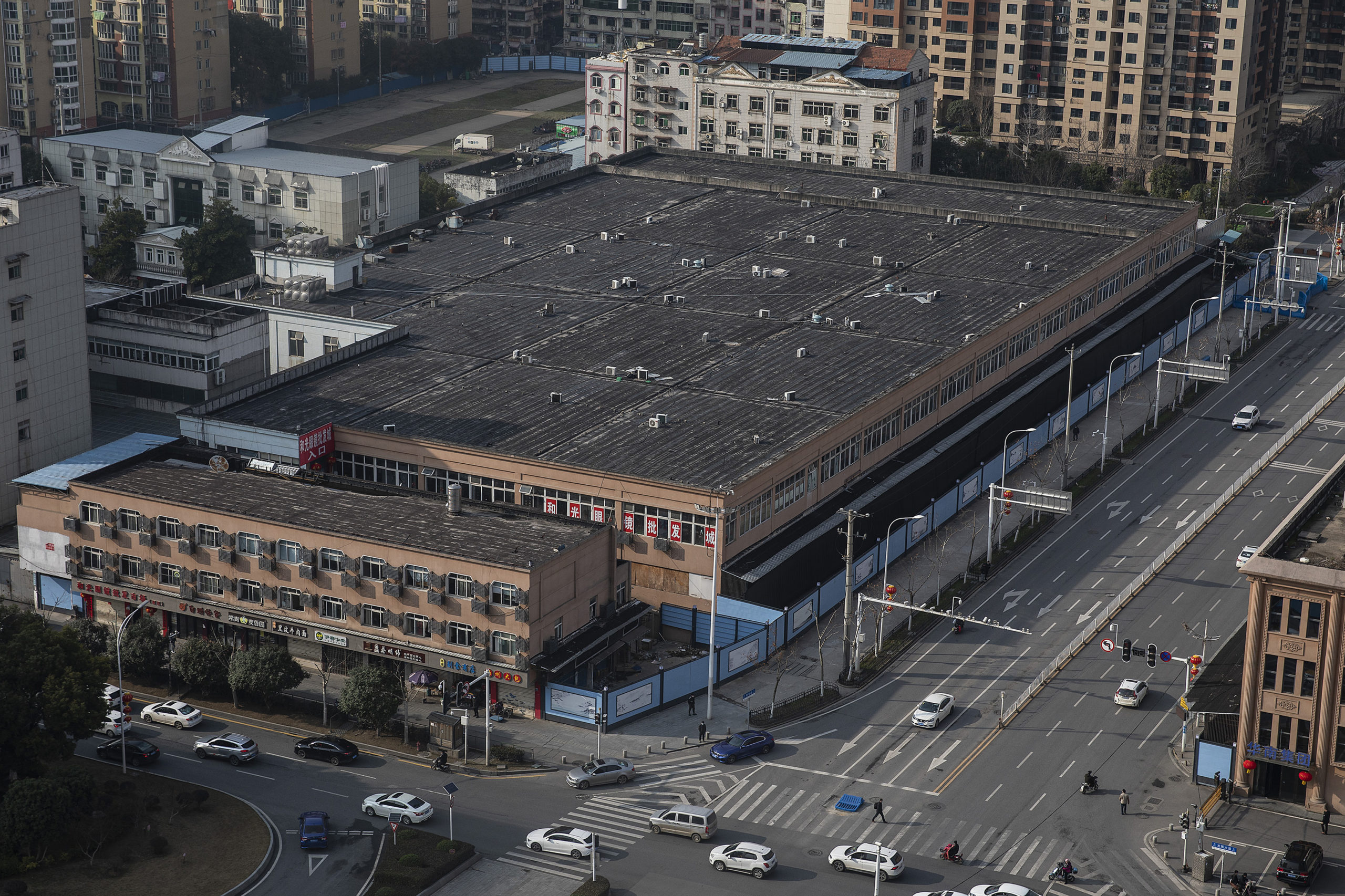 Chinese officials have tried to rewrite the narrative about where the virus originated, suggesting that it came from outside China through imported frozen food. Chinese state news media also published false stories misrepresenting foreign scientists and claiming the scientists had found the virus to originate outside of China, according to The New York Times.

Other conspiracy theories include the implication that the U.S. military brought the virus to Wuhan, NYT reported. China’s ambassador to the U.S. even said that he hoped the WHO would be invited into the U.S. to investigate the origins of the virus. However, researchers still believe the most likely explanation is that the virus began circulating in China. (RELATED: Chinese Ambassador Calls For WHO Investigation Into US Over Coronavirus Origins)

Whistleblowers who attempted to warn others about the virus were also punished.

A small stream of people marked the anniversary of the death of Dr. Li Wenliang at Wuhan’s Central Hospital in China. Li, who died a year ago from the coronavirus, was one of eight whistleblowers punished for warning of the virus on social media. https://t.co/j90MkWSfnE

The WHO has also been accused of obscuring data related to the pandemic. The U.S. House Foreign Affairs Committee released a report in September that said both China and the WHO covered up data regarding the pandemic. It alleged that China imprisoned journalists and destroyed data on the pandemic that could have been critical for helping the global community prepare, and that the WHO uncritically parroted the Chinese government’s statements.

There was no agreement reached for China to provide the raw data to researchers before they left the country, although WHO team members said they are still seeking access to blood banks and other stored samples that could help in their study. Other avenues the WHO had taken, including asking for sewage samples from central China to test for the virus, didn’t materialize either, as Chinese officials reportedly said those samples were discarded, according to the Journal.

Chinese officials also claimed that hospitals don’t generally store physical samples from patients with respiratory diseases, and told WHO researchers those samples, which may have shown the virus, were destroyed.

“They said they were destroyed and so on. You know, I guess one accepts that on face value,” Dr. Dominic Dwyer, an Australian microbiologist on the WHO team, told the Journal.