A mass killing of an estimated 800 people is said to have happened in November at an Ethiopian church where the ancient Ark of the Covenant is believed to be housed, the Associated Press (AP) reported.

The deacon of the Church of St. Mary of Zion in Axum told the AP that he counted the bodies of some 800 people in the church and around the city after Eritrean soldiers burst into the church in late November and began shooting worshippers who fled the building.

The church is located in Ethiopia’s Tigray region, where violent conflict between the Ethiopian government and military forces has pushed thousands to flee their homes, and has prevented media and aid groups from entering the region. Rumors had spread that a mass killing had happened at the Orthodox Church, but because Tigray was cut off from the world, little could be verified, according to the AP. 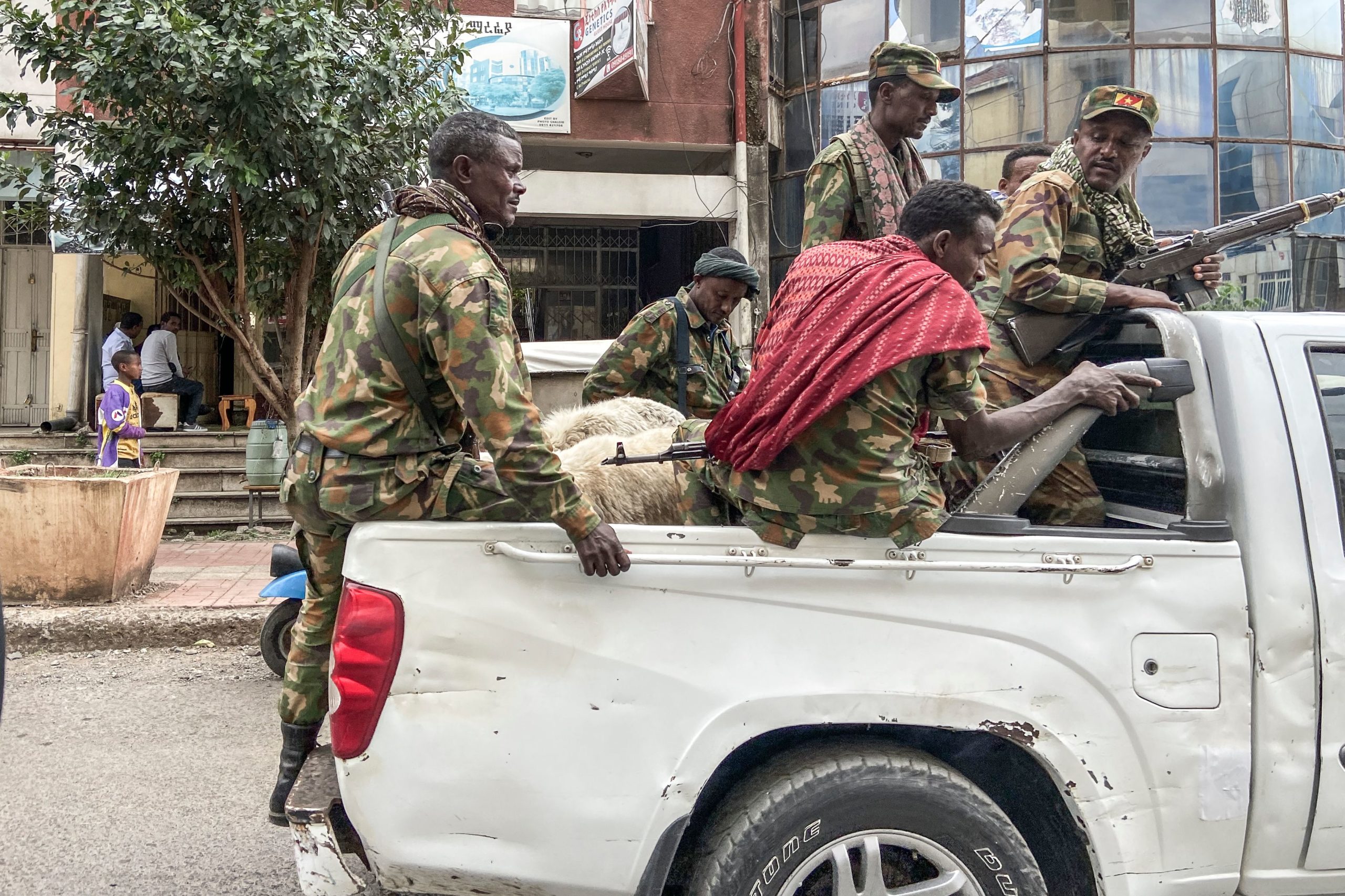 “I escaped by chance with a priest,” the deacon said. “As we entered the street, we could hear gunfire all over.”

The deacon spoke on condition of anonymity out of concern for personal safety, and told the AP that he gathered the victims’ identity cards and helped with burials in mass graves. The massacre could be the conflict’s deadliest, according to the AP. 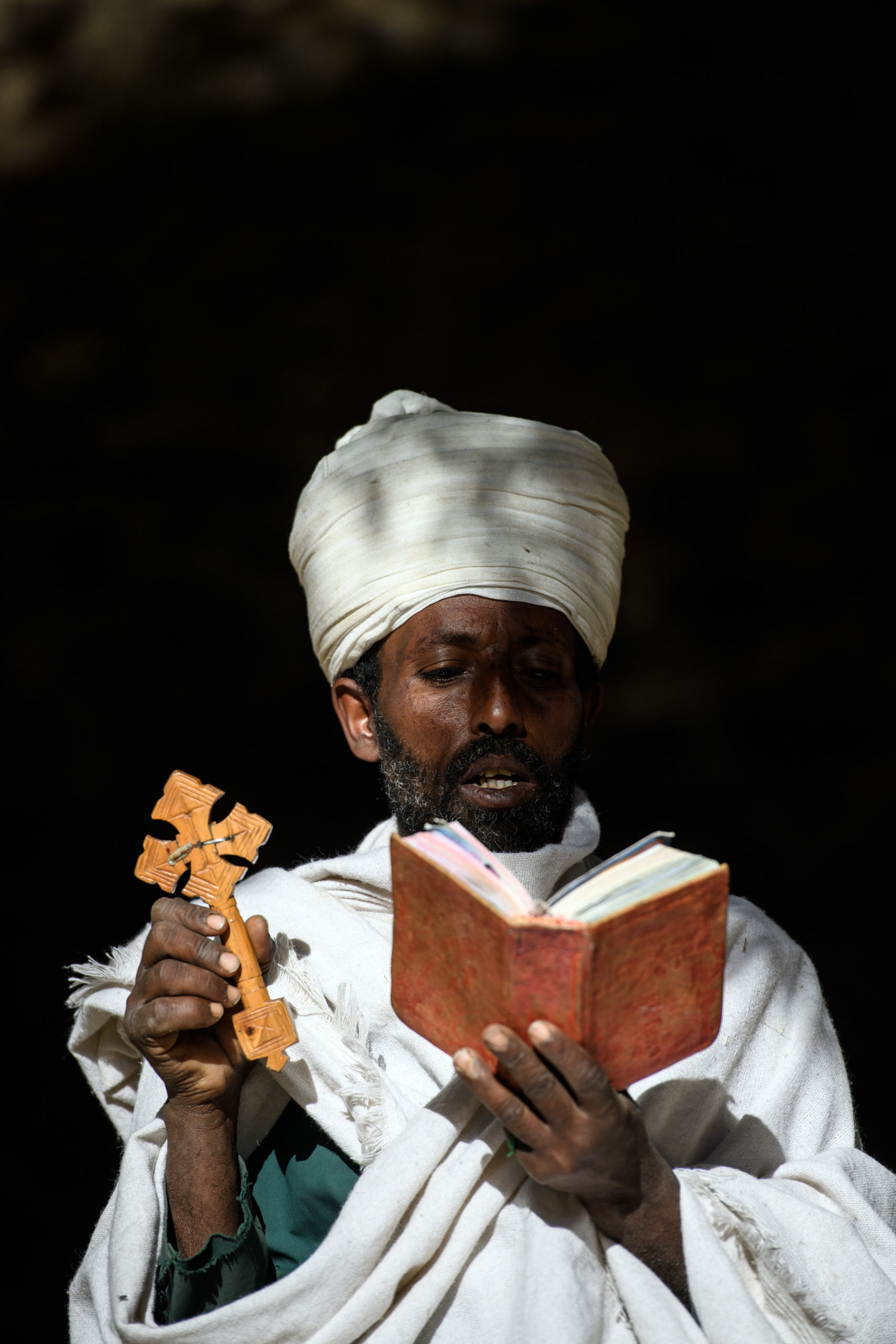 GONDAR, ETHIOPIA – JANUARY 18: A priest prays in the grounds of a church as Timkat celebrations get under way on January 18, 2017 in Gondar, Ethiopia. (Photo by Carl Court/Getty Images)

He told the AP that the situation was even worse in rural areas, and that the shooting and looting continued in the day after the church killing. He added that some of the soldiers told residents they had been instructed to kill people as young as 12.

“They started to kill people who were moving from church to home or home to home, simply because they were on the street,” another witness, who watched the fighting from his hotel room, told the AP. “It was a horrible act to see.”

“On every corner, almost, there was a body,” he said. “People were crying in every home.”

Ethiopian prime minister Abiy Ahmed ordered troops into Tigray in early November after accusing the Tigray People Liberation Front (TPLF) of attacking a military base, according to the Independent.

Ahmed had won the Nobel Peace Prize in 2019 for making peace with neighboring Eritrea, an enemy of the Tigray leaders. Ahmed denied the presence of thousands of soldiers in Eritrea, but Ethiopia’s narrative about the situation has deteriorated as the voices of witnesses have surfaced, according to the AP.

Eritrea’s government rejected the AP’s report as “outrageous lies” on Friday, and did not confirm the presence of reportedly thousands of its soldiers in Tigray, according to the  AP.

Ahmed has rejected outside “interference” and said no civilians were killed after an offensive that resulted in the country’s military gaining “full control” of Mekele, the capital of the Tigray region.

However, the foreign ministry acknowledged Thursday that “rape, plunder, callous & intentional mass killings” could occur in the conflict, and blamed Tigray forces for leaving the region “vulnerable,” according to the AP.

The church had become a shelter for people who fled the fighting in Tigray. 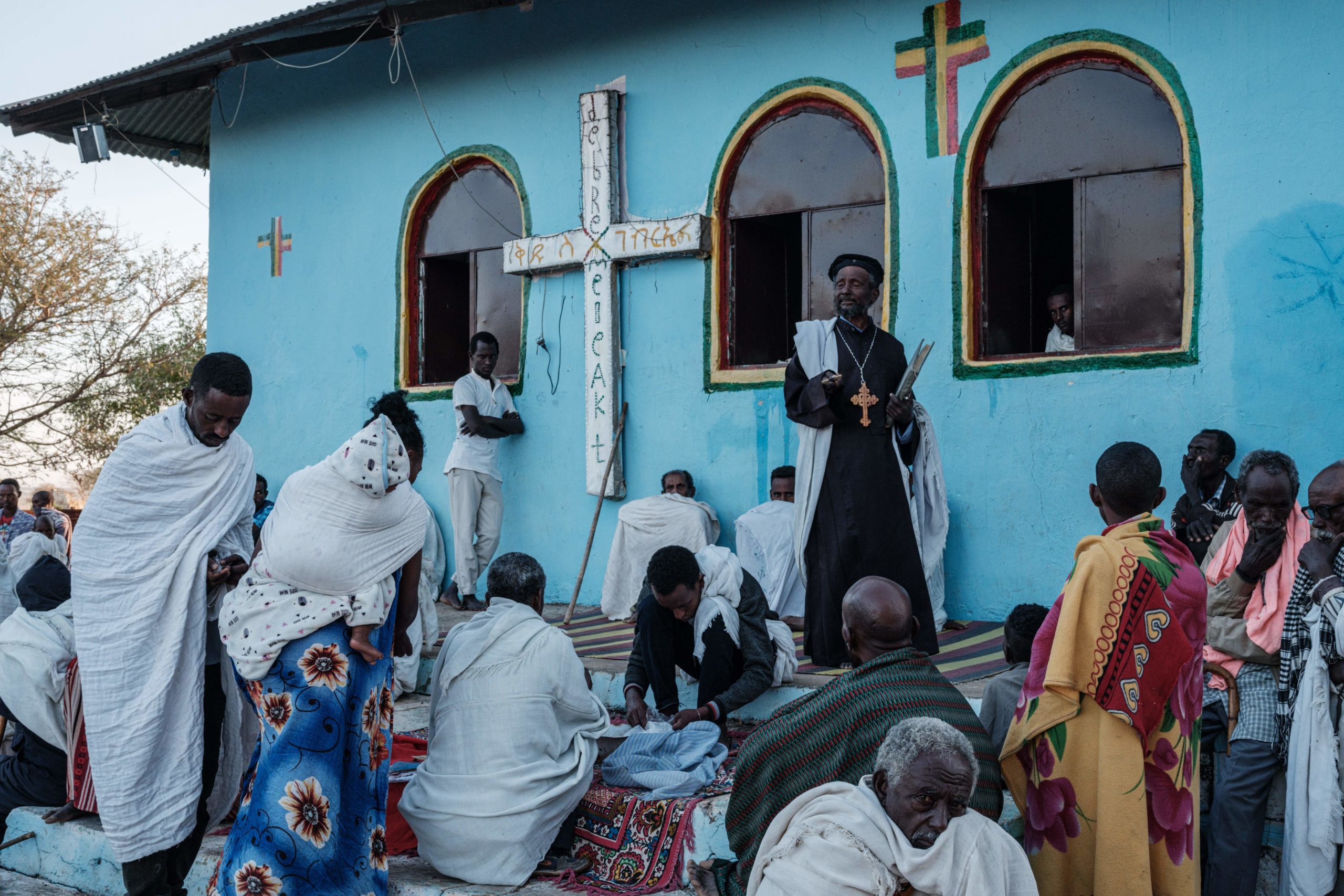 “I saw a horse cart carrying around 20 bodies to the church, but Eritrean soldiers stopped them and told people to throw them back on the street,” said Getu, a university lecturer, according to the AP.

Once the soldiers left the city, the victims were buried in mass graves near the church, the deacon told the AP. He believes that the Eritrean soldiers have killed thousands more people in villages outside the city where the church is located. Despite continued fighting, he said he is staying at the church to provide his services.

“We’re also protecting the church,” he said. “Even now, I’m talking to you from there. We are not armed. What we do is mostly watching. And, of course, praying that God protects us.”