Wilson’s $200,000, 30-year-mortgage originated in 2007 and JPMorgan Chase Bank recently issued a certificate of satisfaction on the mortgage, the Washington Free Beacon reported.

The terms of the mortgage were satisfied on February 5, the publication reported, only a few weeks after journalist Ryan Girdusky alleged that multiple young men had sent him screenshots of predatory messages from Weaver, and less than a week after the New York Times published a story on Weaver.

Since Wilson paid off his mortgage, the Lincoln Project’s donation page has been shut down and the Daily Beast has put the co-founder’s podcast on hold. The Lincoln Project also announced Monday that it hired the law firm Paul Hastings for a “comprehensive review of” the organization’s “operations and culture” — though several senior partners at Paul Hastings have donated to the organization.

The IRS also authorized a $389,420 federal tax lien seven years ago against Wilson’s Florida home in response to his unpaid taxes that dated back to 2004, the Free Beacon reported.

Wilson, who has not responded to requests for comment from the DCNF, started a GoFundMe campaign after President Donald Trump’s election to produce the film “Everything Trump Touches Dies.” The campaign raised almost $65,000, but the film was never made. 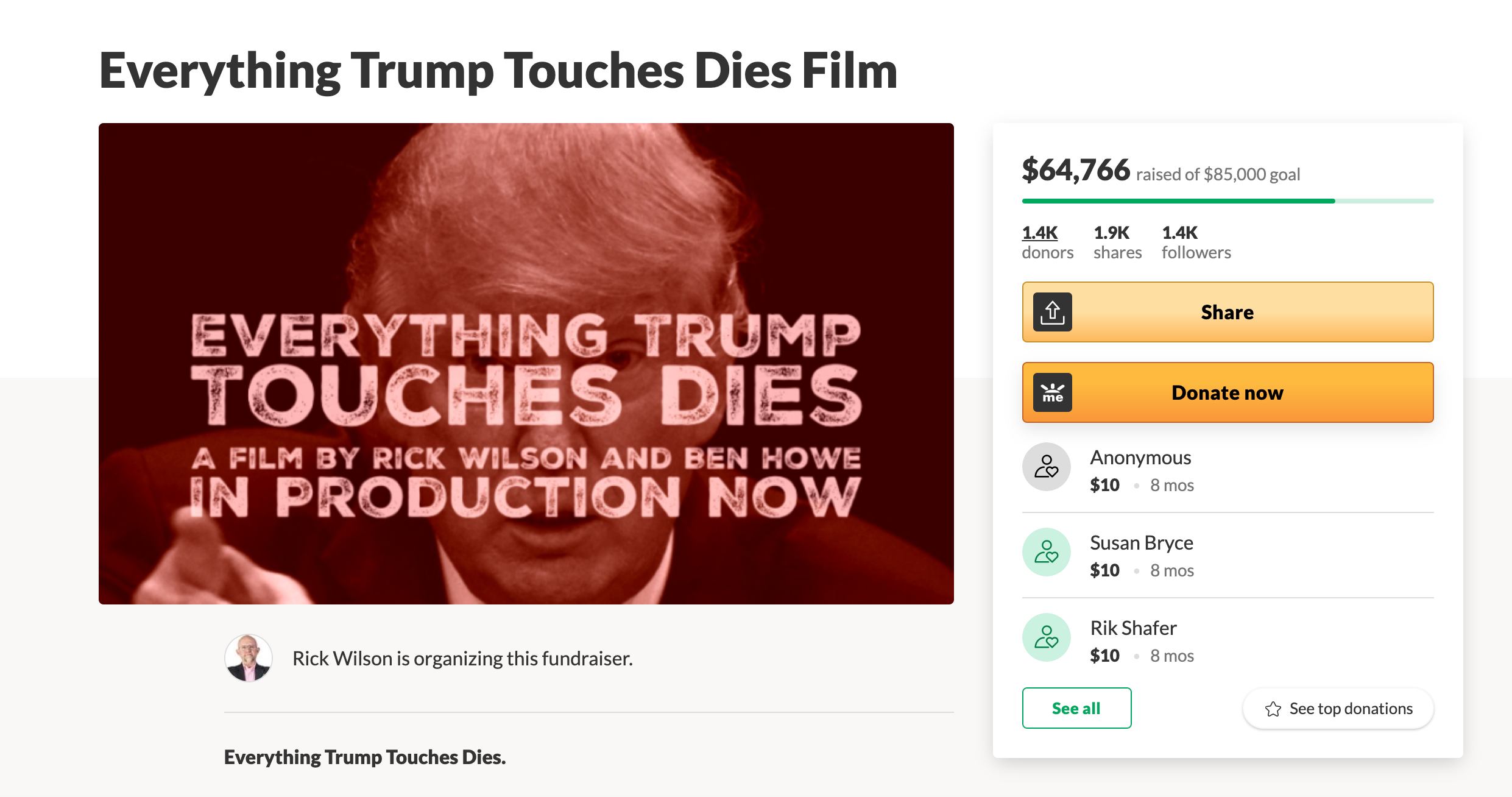 Firms controlled by the Lincoln Project’s leaders received $50 million dollars of the Lincoln Project donations, the Associated Press reported earlier this month, leaving tens of millions to go towards production costs, overhead, and consulting fees that members of the group collected.

The Lincoln Project masked how much money it earned through strategies similar to ones used by the Trump campaign, the AP reported. Weaver and Wilson were likely paid as subcontractors to several firms that collected payments, though they were not listed in publicly available records, according to the AP. The publication noted that co-founder Steve Schmidt collected $1.5 million in December 2020 but returned the sum.

The Lincoln Project also has helped out founders who were suffering financially, the AP reported. Weaver paid off $313,000 in back taxes dating back to 2011 that he owed to the IRS, according to the publication, and still owes $340,000 in back rent in Texas after his family had to shut down a children’s boutique that they ran.

Though Lincoln Project co-founders have repeatedly insisted that the organization was unaware of allegations against Weaver until January 2021, multiple sources came forward Monday after they were released from their NDA’s and told 19th News that Lincoln Project managing partner Sarah Lenti knew about allegations as early as May 2020. The sources also told the publication that Schmidt and Galen were among the co-founders who knew.

Schmidt had previously said he was unaware of the allegations until January, according to 19th News. He resigned from the organization on Friday after the Lincoln Project published co-founder Jennifer Horn’s private messages with Becker.

The messages show Becker and Horn discussing, mostly off the record on Horn’s part, Horn’s reasons for leaving the Lincoln Project, her compensation and other Lincoln Project co-founders. Horn has suggested that she will take legal action over the messages.

The Associated Press also reported last week that Lincoln Project members were made aware of at least 10 allegations of harassment against Weaver in June 2020. The group did not take action against Weaver as it continued its high-profile work combating the re-election of former President Donald Trump and expressed shock in January over the allegations against its co-founder.

“The totality of his deceptions are beyond anything any of us could have imagined and we are absolutely shocked and sickened by it,” the Lincoln Project said in a January statement.

The Lincoln Project has not responded to requests for comment from the DCNF.