Limbaugh died Wednesday at 70 from lung cancer. Lamborn said Limbaugh’s legacy will not be forgotten and introduced a resolution honoring him and his work.

“Honoring the life and legacy of Rush Limbaugh and commending Rush Limbaugh for inspiring millions of radio listeners and for his devotion to our country,” the resolution states.

“Rush Limbaugh’s importance to the conservative movement cannot be overstated. This is why I introduced a resolution highlighting his numerous achievements and his remarkable life,” Lamborn said in a statement. “Liberals often criticized his jests and words with anger and without acknowledging his free speech rights. Rush Limbaugh was a patriot, and his voice will truly be missed. His legacy will not be forgotten.” 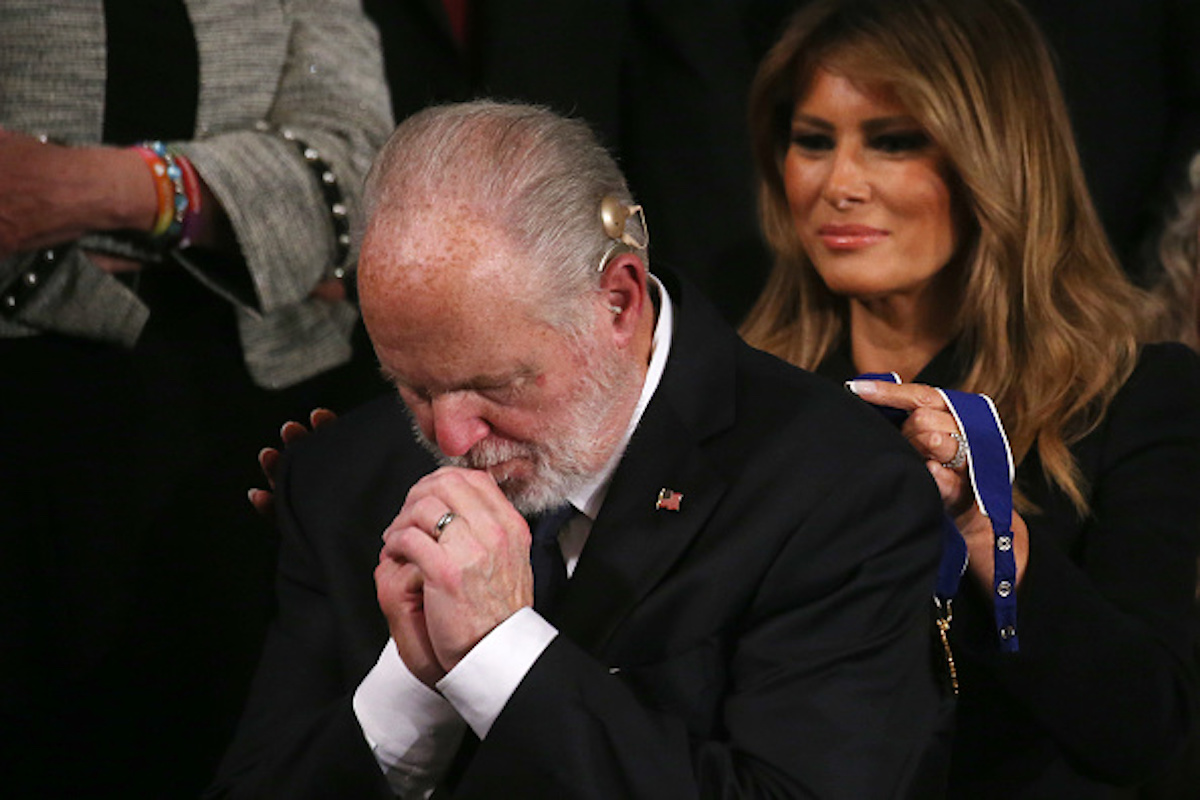 Radio personality Rush Limbaugh reacts as First Lady Melania Trump prepares to give him the Presidential Medal of Freedom during the State of the Union address in the chamber of the U.S. House of Representatives on February 04, 2020 in Washington, DC. (Photo by Mario Tama/Getty Images)

Since his death, Limbaugh has been praised by members of the House, Senate, former Presidents George W. Bush and Donald Trump, and many more.