A second Boeing plane was forced to conduct an emergency landing over the weekend after a flight departing the Netherlands experienced significant engine failure.

The Boeing 747-400 cargo plane, operated by the charter airline service Longtail Aviation and traveling from Maastricht, Netherlands, to New York, was forced to land shortly after taking off Saturday due to a significant engine failure, CNN reported. After airplane parts fell from the plane onto the town of Meerssen, Netherlands, injuring two people, the plane’s crew conducted an emergency landing in Belgium.

“Our flight crew dealt with this situation professionally and in accordance with the correct aviation standards, resulting in a safe and uneventful landing,” said Martin Amick, accountable manager for Longtail Aviation, according to CNN. “We are now in the process of working closely with the Dutch, Belgian, Bermuda and UK authorities to understand the cause of this incident.”

Of the injured people, one was rushed to the hospital, according to Dutch safety inspector Veiligheidsregio, CNN reported. Cars and houses were damaged from falling debris as well. (RELATED: Plane Lands Safely In Denver After Engine Catches Fire, Debris Rains Down) 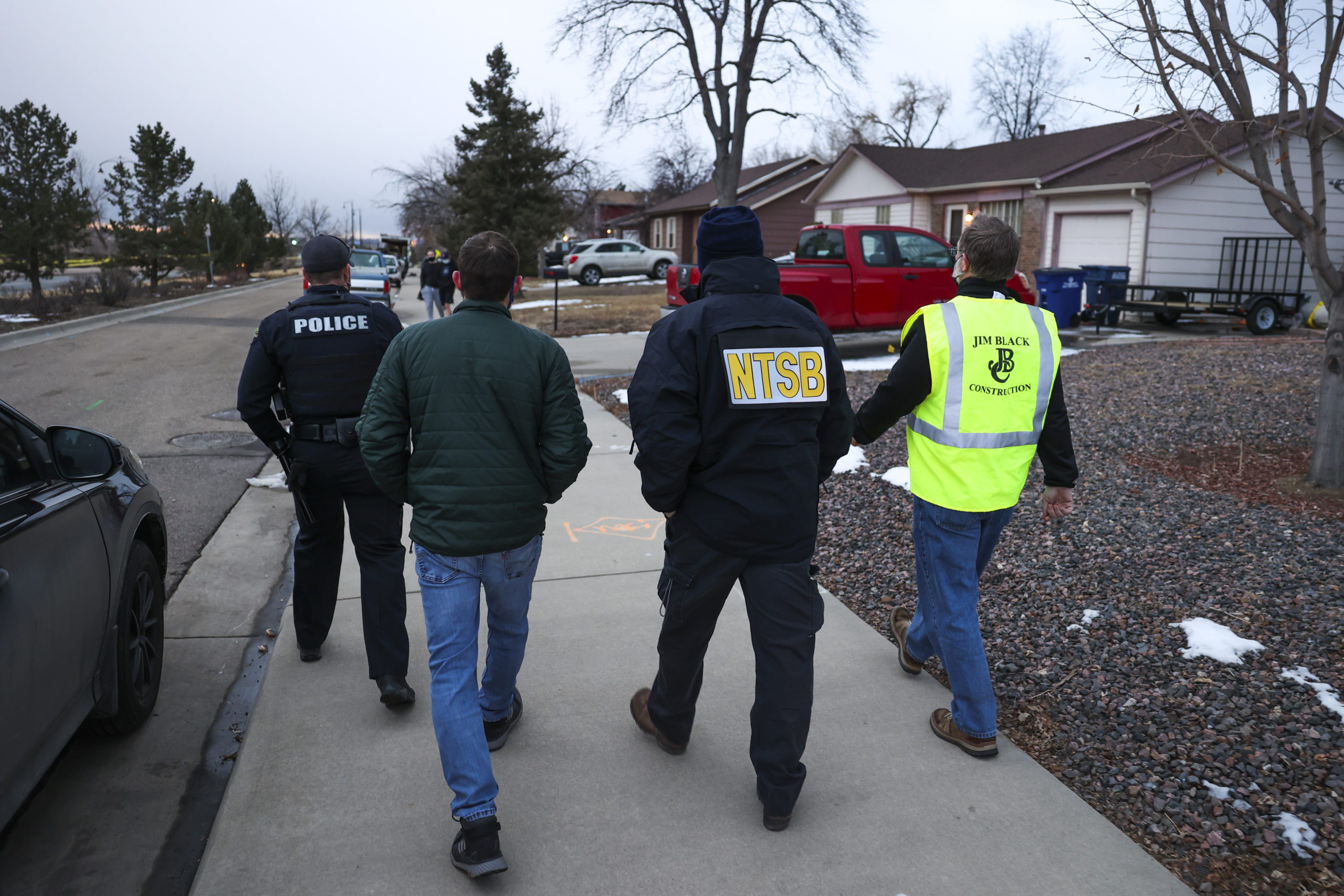 An investigator with the National Transportation Safety Board arrives in a Colorado neighborhood to investigate the debris of a United Airlines flight that was forced to land after engine failure Saturday. (Michael Ciaglo/Getty Images)

“A few seconds after the plane took off, air traffic control noted an engine fire and informed the pilots,” Maastricht Aachen Airport (MAA) said in a statement. “They then switched off the engine concerned and sent out an emergency signal.”

It is unclear what the cause of the engine fire was, MAA added. The Dutch Safety Board and Aviation Police are currently investigating the incident.

A Boeing spokesperson told the Daily Caller News Foundation that it was monitoring the news out of the Netherlands in a statement.

Also on Saturday, a United Airlines flight headed to Hawaii was forced to land in Denver, Colorado, after experiencing engine failure of its own. Parts of the United plane, a Boeing 777-200, fell onto Broomfield, Colorado, due to the failure.

The National Transportation Safety Board is conducting an investigation of the plane’s Pratt & Whitney 4000-112 engine, videos taken by passengers aboard and fallen debris in Broomfield, the agency said in a statement.

Boeing declined to comment on if the events in the Netherlands and Denver were caused by a similar underlying issue.