The Conservative Political Action Conference (CPAC) announced Monday that a speaker who “expressed reprehensible views” would not be participating in the conference.

Young Pharaoh, billed as a philosopher, scholar, and musician, was listed on the speakers page of the CPAC 2021 website as late as Monday morning. However, his profile has since been removed.

We have just learned that someone we invited to CPAC has expressed reprehensible views that have no home with our conference or our organization. The individual will not be participating at our conference.

Per source, Young Pharaoh is being removed from program at CPAC and will no longer be speaking there https://t.co/4YrrqKzL2r

Young Pharaoh has attacked conservative commentator Ben Shapiro, who is Jewish, multiple times. (RELATED: Ben Shapiro On 2016, The Consequences Of Never-Trumpism And Anti-Semites On Twitter) 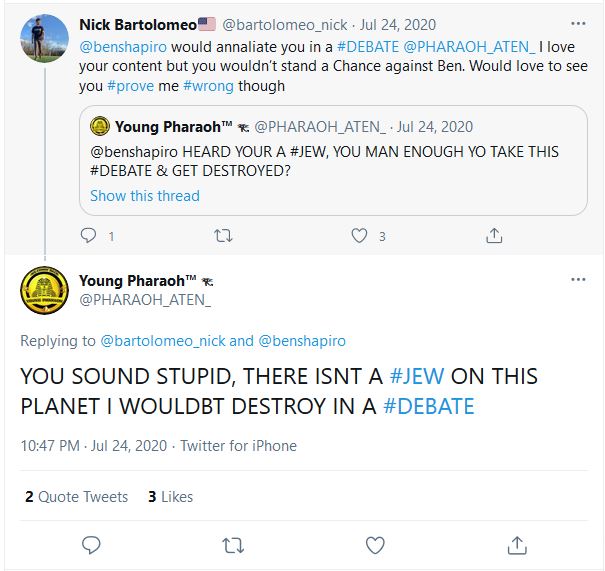 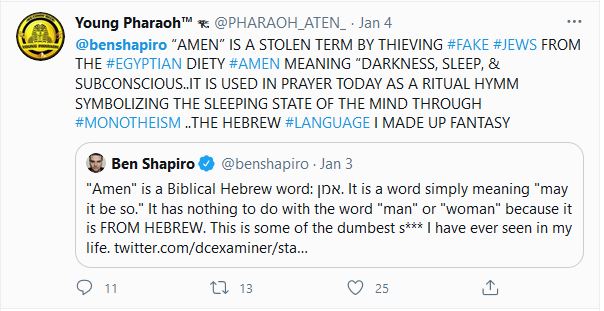 He also claimed that all censorship and pedophilia on social media is due to the control of Israeli Jews.

On Martin Luther King Day 2021, Young Pharaoh shared a clip from the video broadcast of far-right political commentator Nick Fuentes, which he captioned with the claim that the civil rights leader was a “weak ass sellout.” 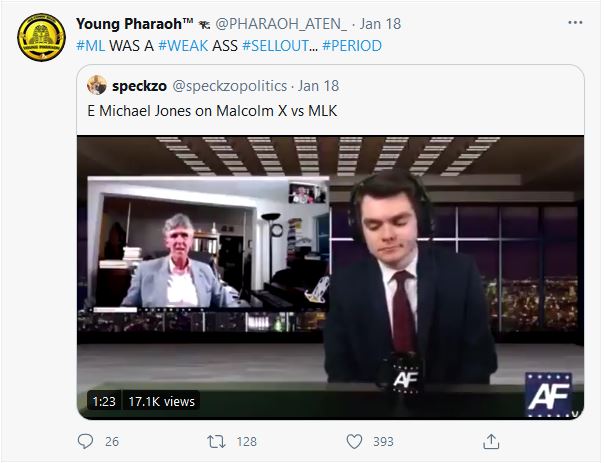 In response to his ban from CPAC, Young Pharaoh tweeted an offer for the “top Jewish rabbi” to debate him for a chance to win $50,000. He also advertised his website, for which he sells $19.95 monthly subscriptions. 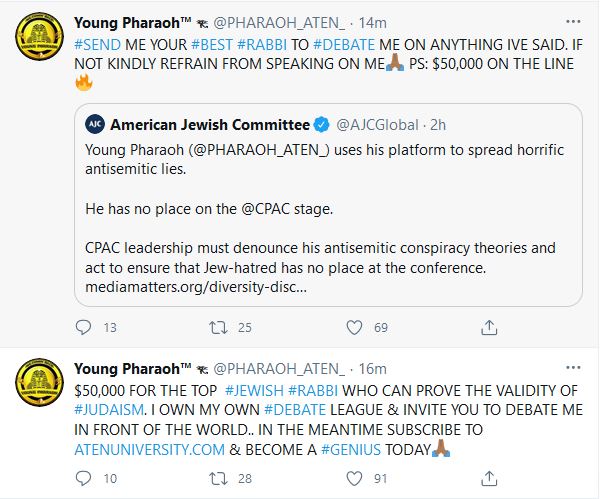 CPAC, normally held in Maryland, will be hosted by Orlando, Florida due to coronavirus restrictions. Former President Donald Trump is expected to give a speech on his political future in his first major post-presidency appearance. Many other former Trump Administration officials will also be featured speakers, although former Vice President Mike Pence reportedly declined an invitation.