Rep. Sean Patrick Maloney, the chairman of the Democratic Congressional Campaign Committee, on Wednesday, defended his recent hiring of Dyjuan Tatro, a former gang member who served time for attempted murder and who supports the defund the police movement.

In an interview with Politico, Maloney called Tatro an “extraordinary individual” who has become the target of a “racially-based” attack by Republicans.

“Shame on them for continuing to do it,” Maloney said of Republican criticism of Tatro, who is black.

During the same interview, Maloney denied that the Democratic party supports defunding the police.

At one point he accused Republicans, and not Democrats, of being in favor of police defunding through their support of budget cuts for a variety of federal programs.

“There is only one team right now is trying to defund the police, and it’s the red team,” he said, adding of the GOP that “I assume they’re going to caricature, and yes, lie about our positions.”

“It is not my job to kind of chase my tail around trying to explain what every activist or every caricature means,” he said. (RELATED: New DCCC Hire Who Admitted To Shootings, Drug Dealing Called Cops ‘White Supremacists’)

Maloney said that none of the bills that Democrats have passed so far this year “had anything to do with socialism or defunding the police.”

Maloney hired Tatro, who served a 10-year prison sentence for attempted murder and drug trafficking, earlier this month to serve as a senior adviser for outreach to the DCCC, which helps Democrats in House races.

The committee came under criticism over the hiring, both because of Tatro’s violent criminal history, and his extremist views on policing.

The New York Post first reported that Tatro was considered the “triggerman” for the Original Gangsta Killas gang in Albany, N.Y.

The Post reported that Tatro confessed to a “razor slashing” in 2002, and to shooting two rival gang members. He was sentenced to prison for attempted murder in the shooting in 2006. He was convicted in 2011, while in prison, for trafficking crack cocaine.

He was released from prison in 2017 and gained national attention for his work on criminal justice reform.

In defending Tatro, Maloney noted that the ex-con had been the subject of a documentary released by Ken Burns.

Maloney asserted that Tatro “turned his life around in prison” and has worked on a bipartisan effort for criminal justice reform.

He also claimed that Tatro’s controversial remarks were from “deleted tweets that were before we hired him.”

Some of Tatro’s inflammatory tweets have been deleted, while others remain online.

On Jan. 8, Tatro referred to police officers who helped guard the U.S. Capitol during the Jan. 6 riots as “white supremacists.”

In one tweet that remains online, Tatro defended looting “as a VITAL form of social PROTEST.”

On June 3, Tatro urged his followers to contact their New York city council member, “and tell him/her to defund the police.” 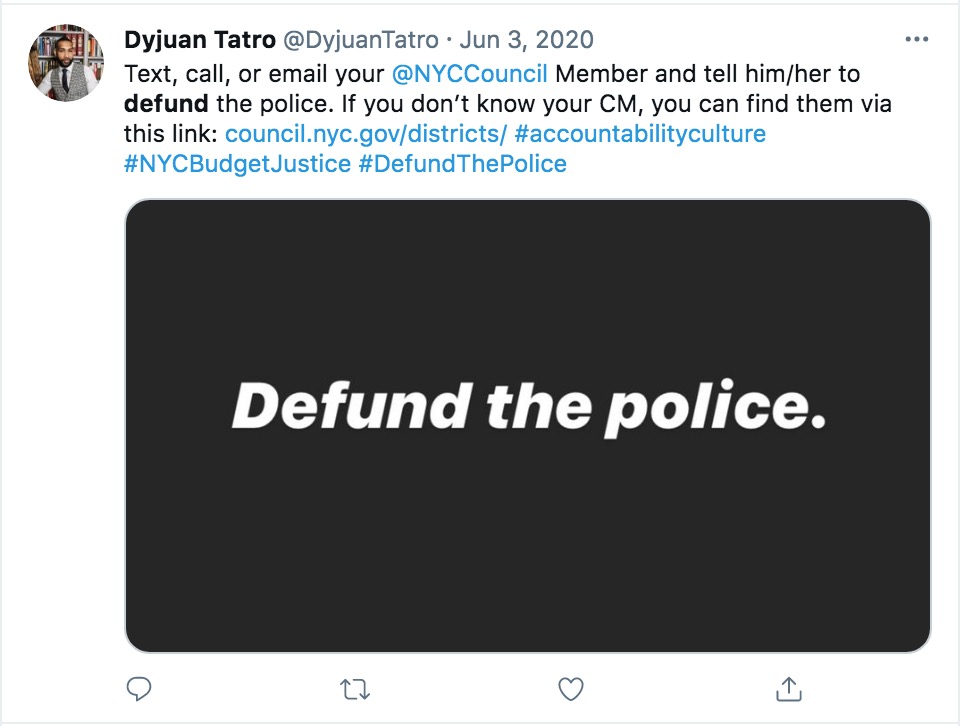 He published multiple tweets reading “Defund the NYPD” and “Defund the police” in early June 2020. 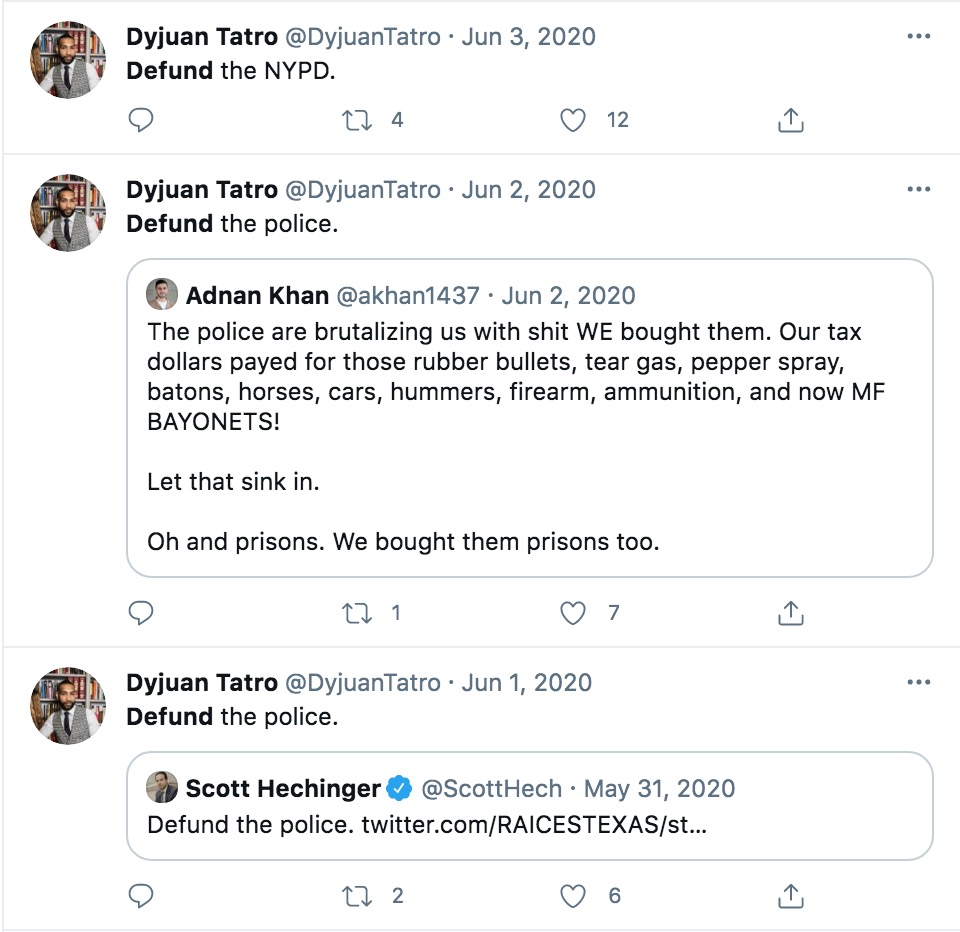