GameStop has announced the resignation of its top financial officer, Jim Bell,  who will leave on March 26 after less than two years with the company, The New York Times (NYT) reported Wednesday.

Gamestop made the announcement Tuesday in a press release and announced that Diana Jajeh, the current senior vice president and chief accounting officer, would work as the interim chief financial officer until someone is found “with the capabilities and qualifications to help accelerate GameStop’s transformation,” the statement said, according to NYT.

Bell, who joined Gamestop as chief financial officer in July of 2019, will reportedly leave the company with a $30 million severance package, thanks in part to the stocks January rally, which includes $2.8 million in severance and $13 million in shares, with the possibility of earning millions more from assets in the future, Bloomberg reported. (RELATED: DOJ Investigating Traders Who Triggered GameStop Frenzy: Report)

Although Gamestop has given no reason behind Bell’s departure, in a filing to the SEC, the company wrote that “Mr. Bell’s resignation was not because of any disagreement with the Company on any matter relating to the Company’s operations, policies or practices, including accounting principles and practices,” according to Yahoo Finance. 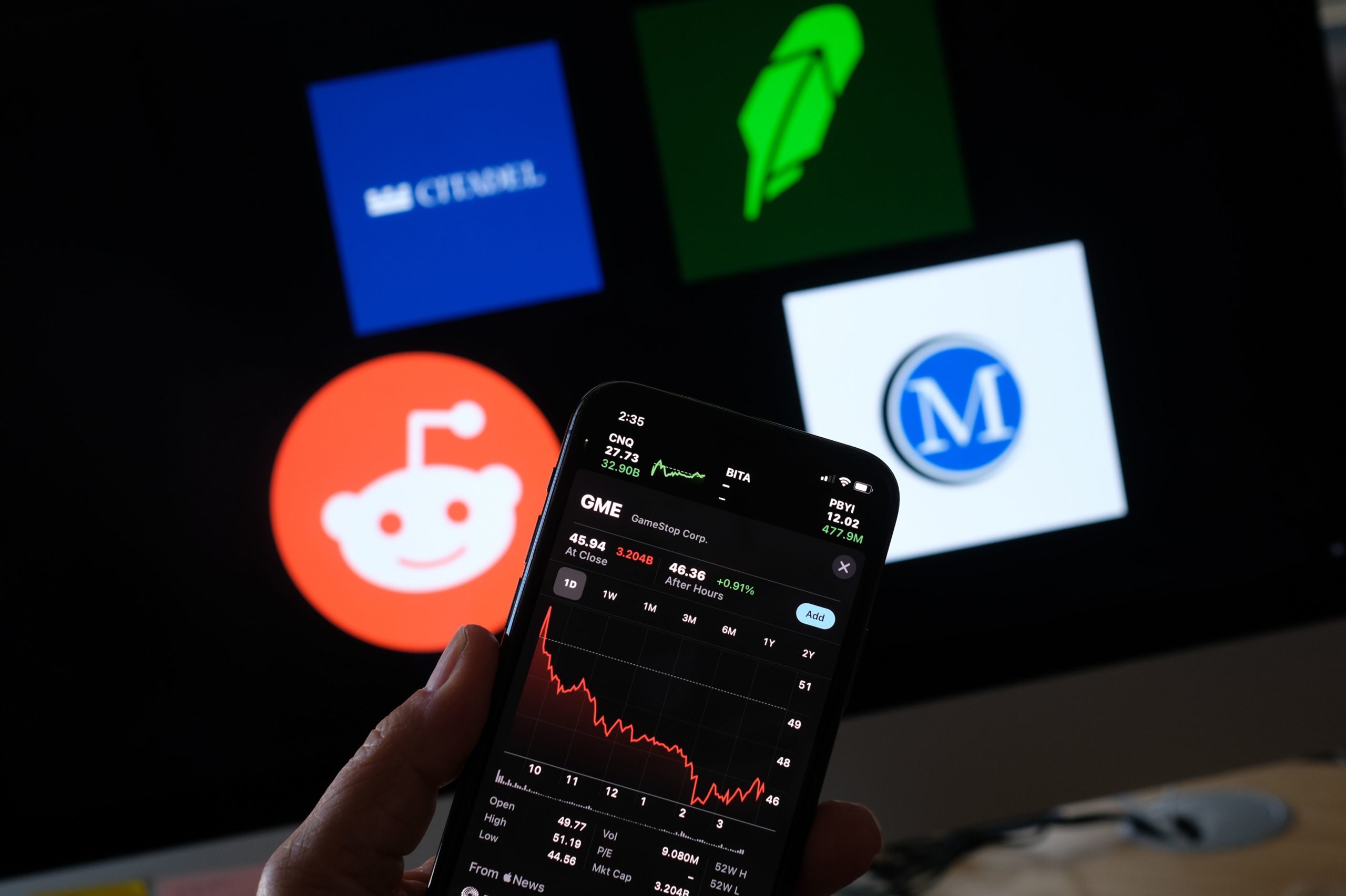 A person checks the GameStop stock on a smartphone in Los Angeles as the Reddit, Citadel, Robinhood, and Melvin Capital logos are seen on the background ahead of the virtual hearing involving GameStop stocks. (Photo by CHRIS DELMAS/AFP via Getty Images)

GameStop stock, which briefly shot up to $483 in late January after retail investors used trading platforms to pump up its price, closed Tuesday at about $45 per share, NYT reported. (RELATED: Biden Has Yet To Endorse Amazon Unionization Effort Despite Growing Pressure)

Gamestop thanked Bell in a statement “for his significant contributions and leadership, including his efforts over the past year during the Covid-19 pandemic,” according to NYT.