Eyad al-Gharib, 44, was accused of helping to arrest pro-democracy protesters in 2011 who were later tortured and murdered, BBC News reported. Another Syrian, 58-year-old Anwar Raslan, is still on trial. Both men were granted asylum in Germany after fleeing Syria’s civil war and were then arrested in 2019. Al-Gharib was sentenced to four-and-a-half years in jail. 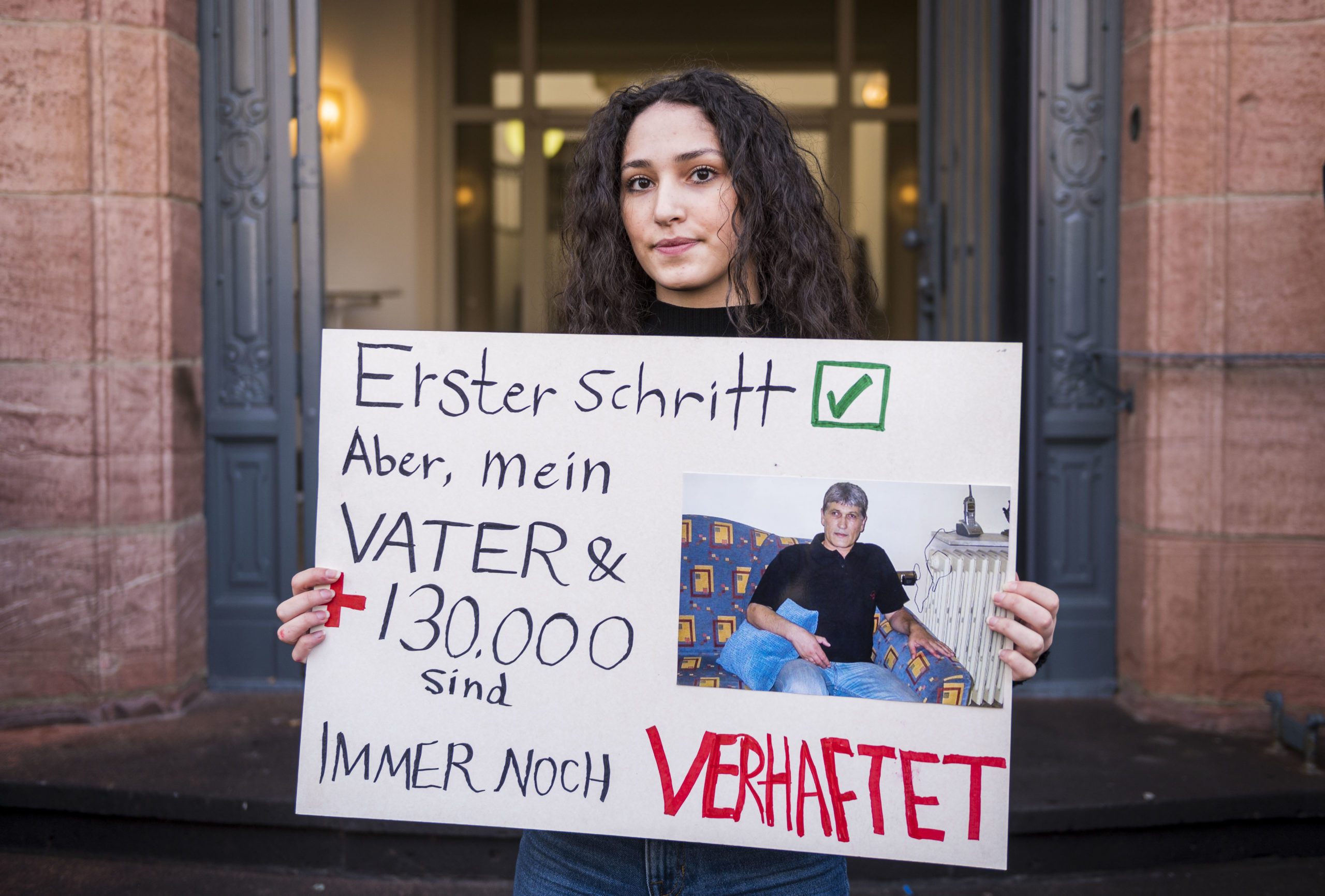 Sedra Alshehabi stands with a placard and picture of her father Ali after the verdict in the trial of Syrian defendant Eyad al-Gharib. (Photo by Thomas Lohnes/AFP via Getty Images)

Prosecutors said that al-Gharib and Raslan were “cogs in the wheel” of the state-sanctioned torture machine and that they worked for an agency that played a critical role in suppressing peaceful protests against Assad’s regime in 2011. (RELATED: 4 Kids Killed In Syrian Government Bombing, Reports Rescuers And Activists)

Al-Gharib allegedly worked as a low-level operative for the most powerful civilian intelligence agency in Syria, the General Intelligence Directorate (GID). Al-Gharib reportedly brought at least 30 protestors to be tortured in a Damascus prison known as “Hell On Earth” in 2011. Al-Gharib said that he later defected from the regime in order to help the opposition before fleeing Syria in 2013, eventually arriving in Germany in 2018.

Al-Gharib’s defense lawyers argued that he was carrying out orders and feared punishment for disobedience if he refused to do what he was told. Al-Gharib cooperated with German authorities and helped provide evidence against Raslan, his defense lawyers noted.

Raslan, who is accused of being a high-ranking officer in the GID, was allegedly involved in torturing at least 4,000 people in 2011 and 2012, BBC News reported. He faced charges of 58 counts of murder, as well as charges for rape and sexual assault. Raslan was allegedly in charge of the GID’s notorious Damascus prison.

Raslan could face life in prison if convicted.

“Although this trial is centered on two defendants … it targets the infernal machine of torture and murder [of President Assad’s regime],” said al-Bunni, who was arrested by Raslan in Damascus and assisted prosecutors in preparing the case against him.

Hours of witness testimony laid out the atrocities that took place under Assad’s rule. Witnesses described brutal torture including having their fingernails ripped out and being shocked with electricity before having water poured over them.

Witnesses said that they were kicked and beaten when they arrived at the Damascus prison, raped, and hung from the ceiling for hours. German broadcaster Deutsche Welle reported that prosecutors described an “almost industrial scale” of killing and torture.