Many companies made record profits during the COVID-19 pandemic and an advocacy group is calling on many of them to stop allowing sexual exploitation to be a part of their bottom line.

The National Center on Sexual Exploitation (NCOSE) named Amazon, Twitter, and Netflix among the 12 companies on its “Dirty Dozen List” released Tuesday that the group says facilitate or profit from sexual abuse and exploitation.

The list began in 2013 with the goal of holding mainstream entities accountable for promoting or facilitating sexual exploitation, Lina Nealon, director of corporate and strategic initiatives at NCOSE, told the Daily Caller. Due to the COVID-19 pandemic, more Americans have depended on e-commerce and social media, which Nealon says made the Dirty Dozen List especially necessary for trying to spark change since children, and the predators seeking to harm them, are spending more time online.

“This year we really focused on corporations that were having record profits at the onset of COVID-19. Whether that was they were directly exploiting vulnerabilities, or taking advantage of the world moving online, but then just didn’t do anything to protect users when we were hearing from the FBI and INTERPOL that children in particular would be at risk.”

Other entities on the list include Chromebook, Discord, Only Fans, Reddit, EBSCO Information Services, the state of Nevada, Seeking Arrangement, Verisign, and Wish.

Amazon, which had its most profitable year ever in 2020, promotes material that sexualizes children and sells self-published pornographic books that include themes of “incest, child and teen, and rape,” according to NCOSE. 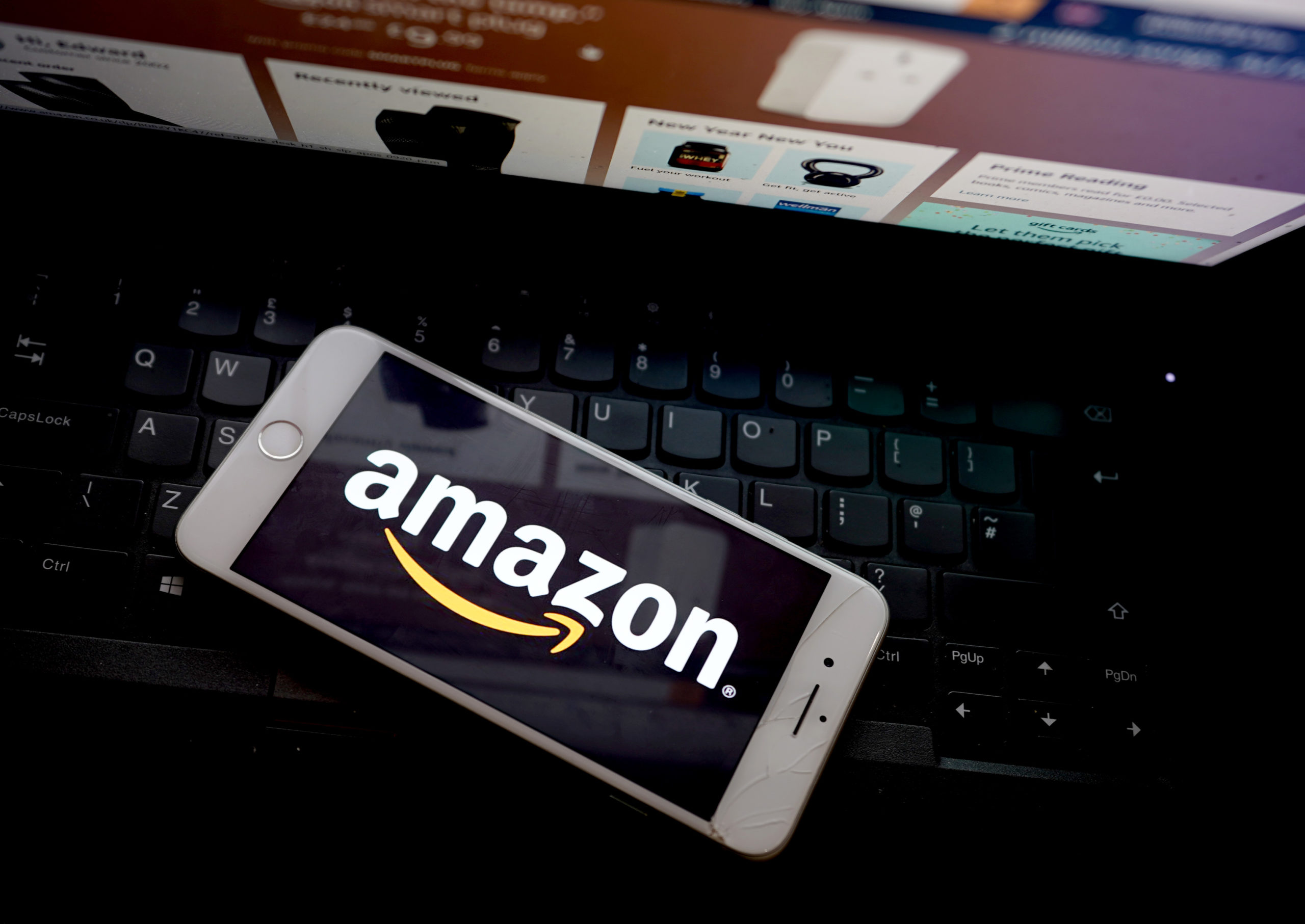 The Amazon app is seen on a mobile phone. (Photo by Edward Smith/Getty Images)

A search for “stepdaughter gifts” on Amazon also turned up incest-themed pornographic Kindle books, according to NCOSE.

“That stuff is still coming up even when people aren’t looking for it specifically, and it’s especially egregious when 34% of child sex abusers are family members,” Nealon told the Caller.

An Amazon spokesperson told the Caller they did not have comment on the matter.

Netflix added a record 37 million paid subscribers in 2020, boosting its global members by 22%, according to Business Insider. Netflix also sexualizes minors and glorifies sexual violence, according to NCOSE. The entertainment company made significant improvements by strengthening its parental controls and increasing the age rating on app stores to 12+, but the platform continues to tolerate the hypersexualization of minors through its content. 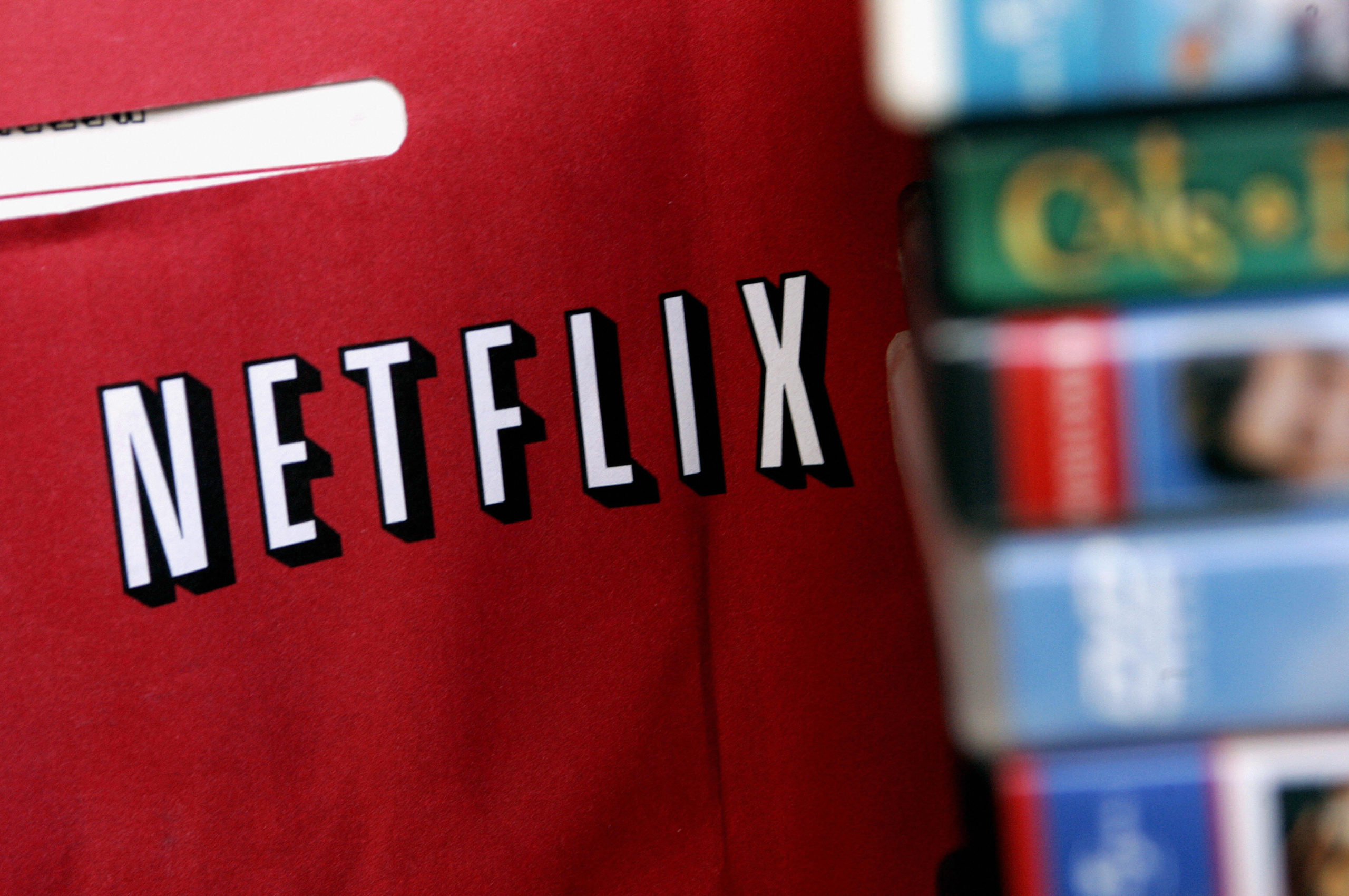 “Cuties,” a movie purported to be a “social commentary against the sexualization of young children,” includes suggestive dancing, close up shots of little girl’s crotches and buttocks, and links young girls to pornography. NCOSE said that “Cuties,” along with other shows on the platform, include thousands of instances of “gratuitous nudity, graphic sexual acts, and even graphic depictions of sexual assault.”

Twitter, Nealon said, “acts like a front porch to child sex abuse material,” and made the list for facilitating the trading of sexual abuse materials and failing to prioritize the safety of sex trafficking and child abuse survivors on the app. In February, Twitter posted a 27% increase in user growth, which was largely attributed to a pandemic boost, according to Reuters. 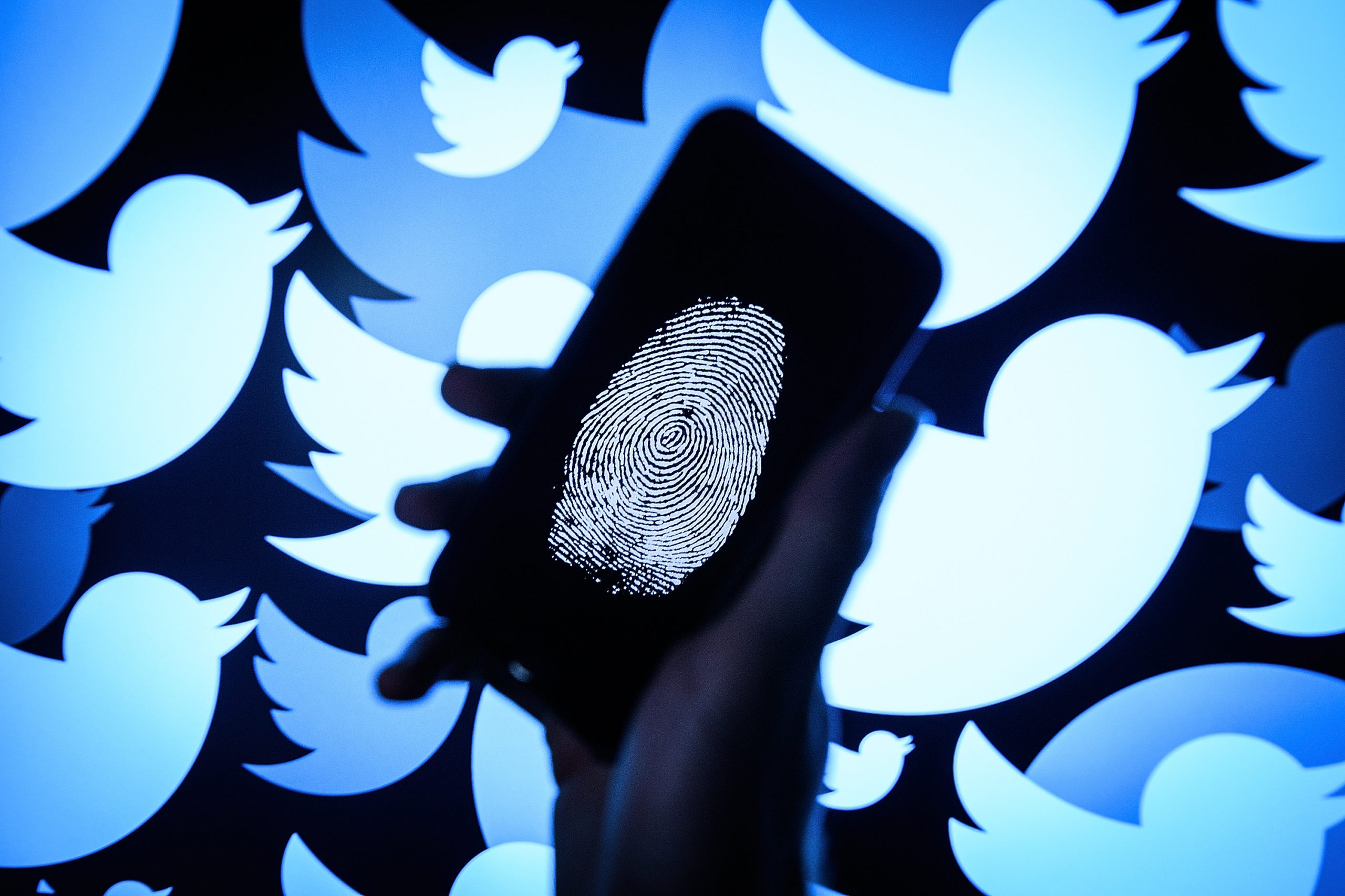 In this photo illustration, a thumbprint is displayed on a mobile phone as the logo for the Twitter social media network is projected onto a screen. (Photo by Leon Neal/Getty Images)

“Twitter in particular has easily accessibly child pornography, Nealon added. “NCOSE Law Center is actually suing Twitter on behalf of a minor who was exploited on the site.”

NCOSE Law Center and a coalition of other legal advocates of sex trafficking victims sued Twitter in January for allegedly allowing videos of a 13-year-old sex trafficking victim to spread on its platform while profiting off of it. The lawsuit claims that the victim, known as John Doe, and his mother sent multiple pleas to Twitter to remove the child sexual abuse content from their site, but until a federal agent contacted Twitter, the company said the content was not in violation of their policy. (RELATED: ‘Untold Harm Has Been Done’: Twitter Sued For Allegedly Profiting From Spread Of Video Showing Sex Trafficked 13-Year-Old Boy)

Nealon said the Dirty Dozen List has yielded major victories since its inception, including major changes at entities like Google, Netflix, and the Department of Defense. But NCOSE reports an increase of grooming, trafficking, and child sexual abuse materials online, and believes the improvements made at many companies aren’t enough to combat predatory behavior.

“By and large these companies have not done enough. They’re not doing it with the urgency that the gravity of the situation requires,” Nealon told the Caller. “Wherever children are, predators are going to be nearby, so we all on these online platforms to make it safer for all users, especially for children. The default should really be safety and security for children on any online platform and especially ones that are popular with young people.”

Verisign, a provider of domain name registry services that was listed by NCOSE, told the Caller that the company “works closely with a broad group of organizations to counter [child sexual abuse materials] online,” and disputed some of the assertions NCOSE made about it. Among the assertions, NCOSE claims that Verisign “does not enforce its contracts with registrars who allow [child sexual abuse materials] to flourish. Verisign has the power to shut them down.”

A Verisign representative explained that the company “does not have the authority to arbitrarily ‘shut down’ any registrar or domain name, or to moderate online content.” The spokesperson also said that Verisign has developed numerous trusted notifier relationships with law enforcement to address child sexual abuse materials, and has asked NCOSE to help Verisign expand these relationships.

Chromebook, Discord, EBSCO Information Services, Netflix, Only Fans, Reddit, Twitter, the state of Nevada, Seeking Arrangement, and Wish did not respond to requests for comment in time for publication.