The confirmation of Neera Tanden, President Joe Biden’s nominee to lead the White House Office of Management and Budget (OMB), is becoming increasingly unlikely after key senators announced their opposition and a second confirmation hearing was postponed this week.

Moderate Republican senators including Mitt Romney of Utah and Susan Collins of Maine have said they would vote against Tanden’s confirmation due to her past social media posts insulting both Republican and Democratic lawmakers. (RELATED: Biden’s OMB Pick Has Spent The Last 4 Years Personally Attacking The Republicans Who Will Vote On Her Confirmation)

.@neeratanden appears to have deleted her tweets about Susan Collins, whose vote she’ll likely need for confirmation.
h/t @varadmehta pic.twitter.com/atwonFCaMb

Opposition from Democratic West Virginia Sen. Joe Manchin has further derailed Tanden’s confirmation. Tanden would fall one vote short of confirmation without Manchin, assuming that every Republican votes against her. But the White House has reiterated its support for her despite growing opposition and a postponed second hearing in the Senate.

Neera Tanden is a leading policy expert who brings critical qualifications to the table during this time of unprecedented crisis.

Tanden’s incendiary remarks on social media are themselves cause for concern. But her connections to corporate and foreign interests during her tenure as president of the left-leaning Center for American Progress have also drawn intense scrutiny from conservatives and progressives alike.

A Washington Post analysis of donor disclosures and public tax filings in December 2020 found that the Center for American Progress took in more than $33 million in donations from financial firms and private foundations backed by Wall Street, along with current and former executives at firms like Bain Capital and Blackstone, between 2014 and 2019.

Fordham University law professor Zephyr Teachout noted that the Center for American Progress “has been one of the most aggressive [think tanks] in courting corporate donors.” These corporate and foreign interests, she told the Post, “believe they can shape the worldview of the people whose voices are going to be heard and powerful with the next president.”

Tanden became president of the Center for American Progress in 2011 and received $396,063 in compensation just last year from the think tank, according to tax filings obtained by the Post. 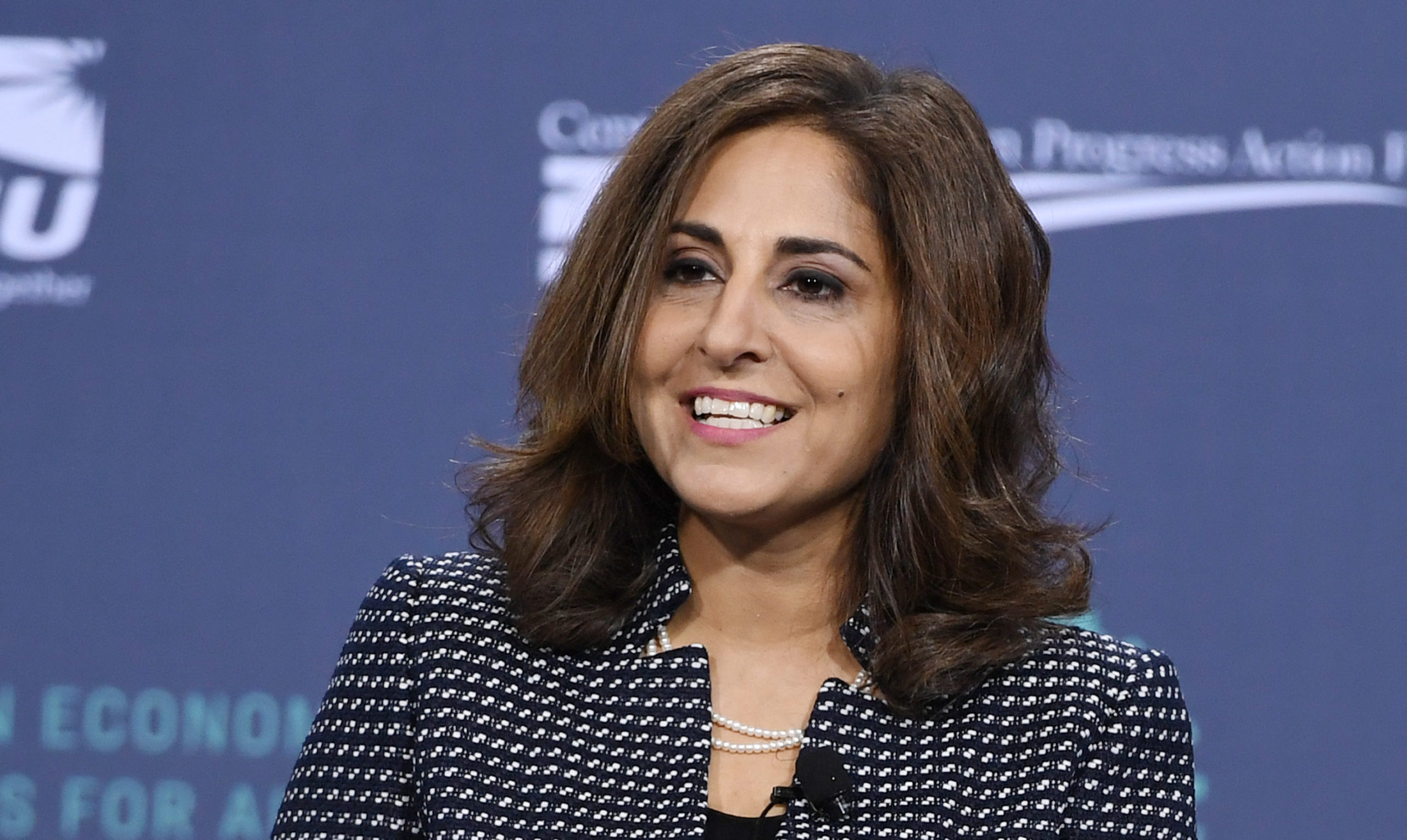 The Center for American Progress has also received millions from foreign governments. One of the think tank’s major backers is the United Arab Emirates, which has provided between $1.5 million and $3 million in recent years according to The Post.

But the Center for American Progress has stated that corporate and foreign government funding does not directly go towards its research, and spokesman Jesse Lee told The Post that the think tank “retains complete control” over all intellectual property.

“Can you just give us a sense of how, if you’re confirmed as OMB director, you will advocate for working people given this history of soliciting tens of millions of dollars from the biggest and most powerful corporations on the planet?” Hawley asked.

“No policy or position that I have taken has been determined by the financial interests of any single person,” Tanden responded.

What makes corporate funding for the Center for American Progress so notable is that the organization is a preeminent left-leaning organization and advocates for a progressive agenda that would ultimately affect the bottom line for most of its corporate donors.

A June 2018 report published by the think tank was highly critical of former President Donald Trump’s corporate tax cuts and regulatory rollbacks. Two reports published the following year called for a tax on financial transactions and stronger regulatory oversight of “shadow banks” such as hedge funds and other investment firms.

The economic proposals put forward by the Center for American Progress would undoubtedly have a negative financial impact on the very same Wall Street institutions that have funded the think tank for years. (RELATED: If There’s One Thing Conservatives Have Learned This Election Cycle, It’s That Corporate America Is Not Their Friend)

The think tank also published a report in July 2020 that found evidence of anti-competitive behavior in Big Tech and called for greater antitrust scrutiny of tech giants including Amazon, Apple, Google and Facebook. But all four companies still provided hundreds of thousands in funding according to a disclosure statement.

Corporate America and Big Tech are undoubtedly bankrolling both left-wing institutions like the Center for American Progress and Democratic candidates across the country.

Former hedge fund manager and Center for American Progress board member Eric Mindich said the reason why corporate donors support the think tank is because it is “working to advance values” they share in common.

Corporate America has long endorsed progressive politics and social justice in what could be described as a cynical and self-serving bid to attract customers and improve the bottom line. (RELATED: Why Do Major Corporations So Frequently Do The Bidding Of Angry Liberals? The Answer Is Pretty Simple)

But Mindich’s remarks suggest that corporate leaders might genuinely hold these beliefs even though a progressive policy agenda would hurt them financially.

“[The Center for American Progress] isn’t trying to advance my financial interests. If anything, the opposite,” Mindich acknowledged in a statement to the Post. “They advance the kind of country I want to see.”