Conversations surrounding power outages in Texas that left four million Texans without the ability to heat their homes during an extreme winter storm quickly devolved into discussions about wind power versus fossil fuels.

The biggest lesson we’ve learned about the future of energy in the United States, however, could have nothing to do with wind turbines — perhaps it is about nuclear energy.

Critics of renewable energy were quick to take shots at the failures of wind power during the Texas power outages, citing its unreliability and the fact that nearly half of the state’s total wind power capacity, the maximum amount of power that wind turbines could generate in ideal conditions, was rendered useless due to frozen turbines. Defenders of renewable energy have pointed out that natural gas and coal plants accounted for more of the power-supply shortfall that led to the blackouts. But, what if there was a form of energy that gave off zero carbon emissions and had more reliability than all other forms of energy during the crisis?

That form of energy could be nuclear power.

To explain why nuclear has proven itself to be a reliable source of energy, a look at the size of power generation shortfalls in Texas at several points during the crisis is necessary. 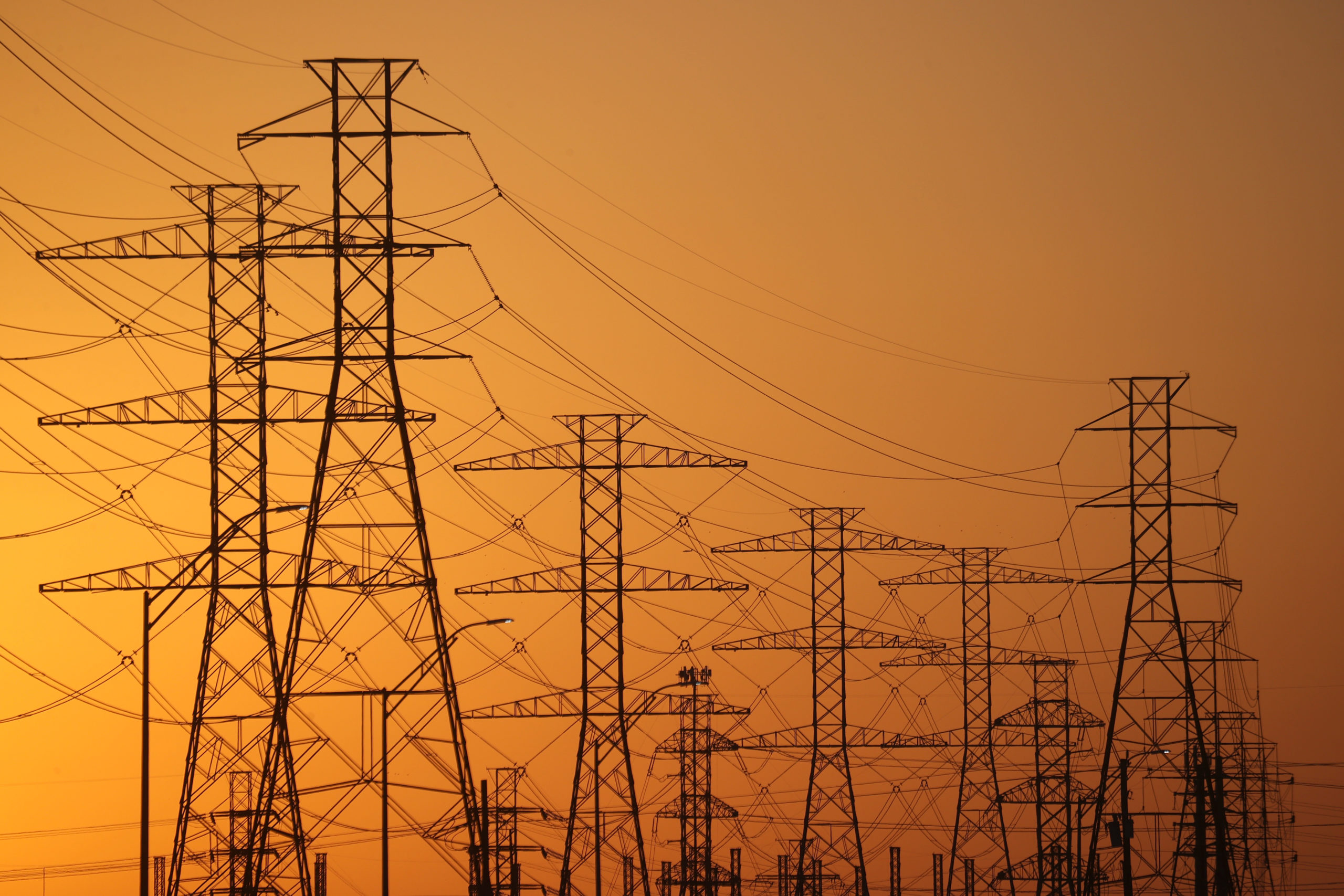 “Total capacity is how much electricity is produced when all windmills are running at full capacity — which requires just the right amount of wind at every windmill, which almost never happens,” Myron Ebell, Director of Center for Energy and Environment for Competitive Enterprise Institute (CEI), told the Caller in an email.

Peak average capacity is derived by using past averages to predict how much power generation grid operators expect for a period of time in the future. “It’s not very useful because wind fluctuates a lot from year to year,” Ebell said. The reason it is so much lower than total installed capacity is because of weather patterns that yield less wind.

The 7,070 megawatt figure accounts for wind generation in areas identified as coastal, panhandle and other, as well as power generated from turbines with signed interconnection agreements (IAs), ERCOT’s winter preliminary SARA report said, which allows ERCOT to get some wind power generation from other grids.

Confidential info from a market participant in ERCOT: As of ~10 AM Eastern time, the system has ~30 GW of capacity offline, ~26 GW of thermal — mostly natural gas which cant get fuel deliveries which are being priorities for heating loads — and ~4 GW of wind due to icing. https://t.co/Bfpn0WeRIq

Frozen wind turbines and other issues associated with wind power generation caused total wind generation to bottom out at 2% of total installed capacity Monday night, the Texas Public Policy Foundation claimed. “This is a grid where the tail is wagging the dog,” Steve Milloy, former Trump EPA Transition Team Member and Founder of JunkScience.com, told the Caller. “This experience should wake politicians up to the fact that political correctness is not a good way to design electricity grids and energy systems,” Milloy added.

“Windmills in windy west and north Texas operate at over 30% of installed capacity over the course of the year because they produce closer to full capacity in the spring and fall when it’s windy. However, wind performs poorly just when demand is highest—in the hot summer months when people rely on air conditioning wind often produces at 4% or less of capacity,” Ebell said.

At another point in the crisis, frozen wind power accounted for about 4,000 megawatts of the 34,000 megawatt outage, which meant wind was operating at just over 40% of its peak expected capacity, Politifact claimed in a Feb. 16 report. (RELATED: What Texas’ Blackout Crisis Says About America’s Energy Future) 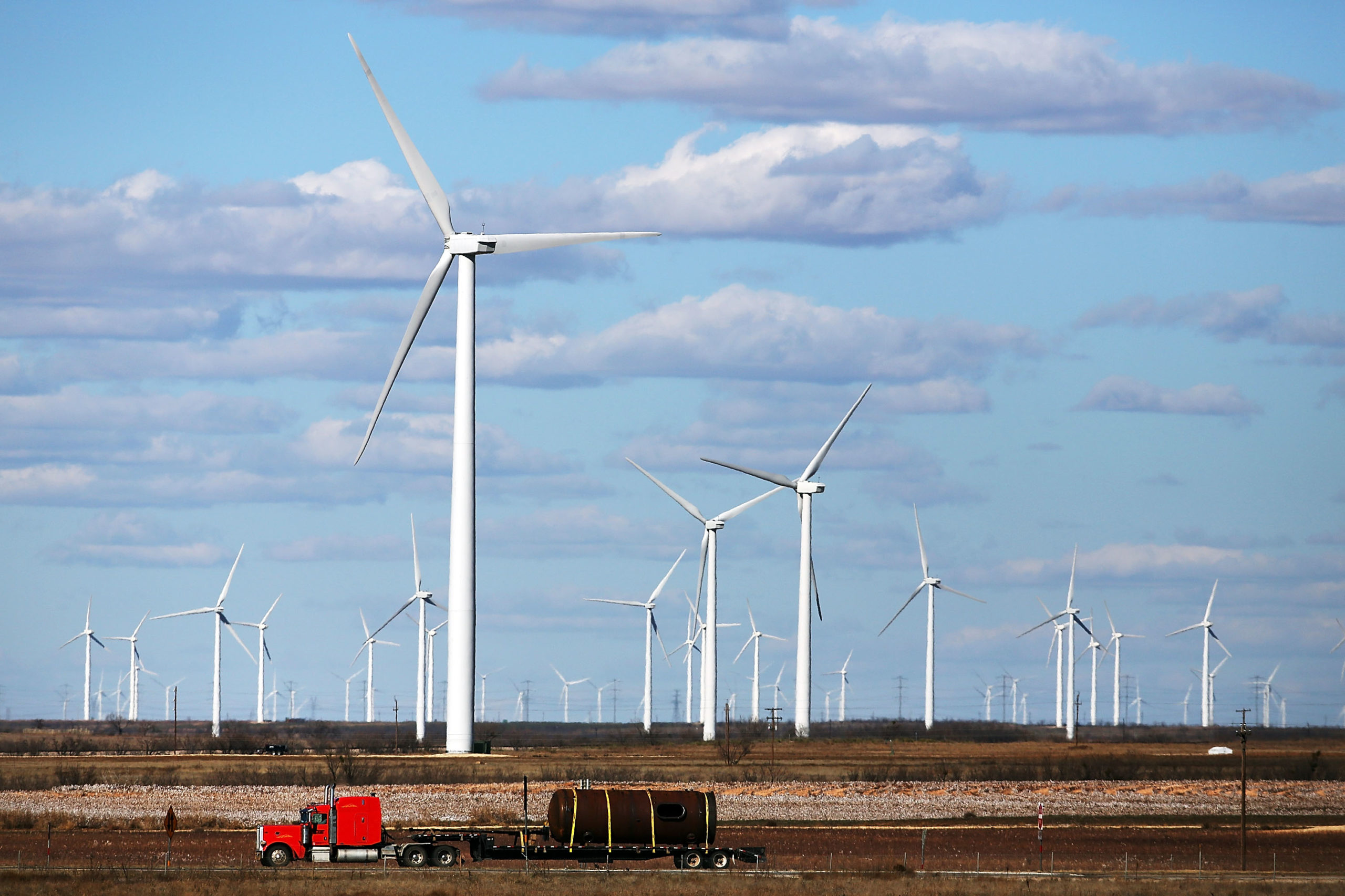 A number of natural gas plants also shut down in icy conditions either because of failures onsite or the inability to get gas because of frozen wells, according to Fox Business.

Nuclear power, on the other hand, is not as vulnerable to the same supply shortfalls as other thermal energy sources, according to the U.S. Department of Energy’s Office of Nuclear Energy. Nuclear plants can often operate for 1.5 to 2 years without refueling and generally require less maintenance, the Office of Nuclear Energy claimed.

“Because nuclear power plants can run from 18 to 24 months without needing to stop to refuel, nuclear plants can keep running when other types of generation can’t. That makes nuclear energy an extremely valuable part of a balanced energy mix, particularly during extreme weather conditions,” John Kotek, vice president of policy development and public affairs for the Nuclear Energy Institute, told the Daily Caller in an email.

The United States Nuclear Regulatory Commission’s data suggests nuclear power was “operating at 75% for about two days over the two weeks starting February 10th, which marked the onset of the polar vortex,” Kotek told the Caller, whereas certain coal and gas plants were downed for a better part of a week. “Over those two weeks, our nuclear power plants in Texas and across the U.S. have been operating at an average of about 95 percent capacity,” Kotek claimed.

Gas was operating around 60% of expected capacity, according to the Washington Examiner.

A Feb. 19 update from ERCOT announced emergency conditions were coming to an end, but 34,000 megawatts of generation remained on forced outage — 20,000 of which was due to thermal, and the rest attributed to wind and solar.

“Overall, the nuclear plants were better prepared to withstand cold temperatures and lots of snow than other types of generation. Wind was the worst,” Ebell argued. 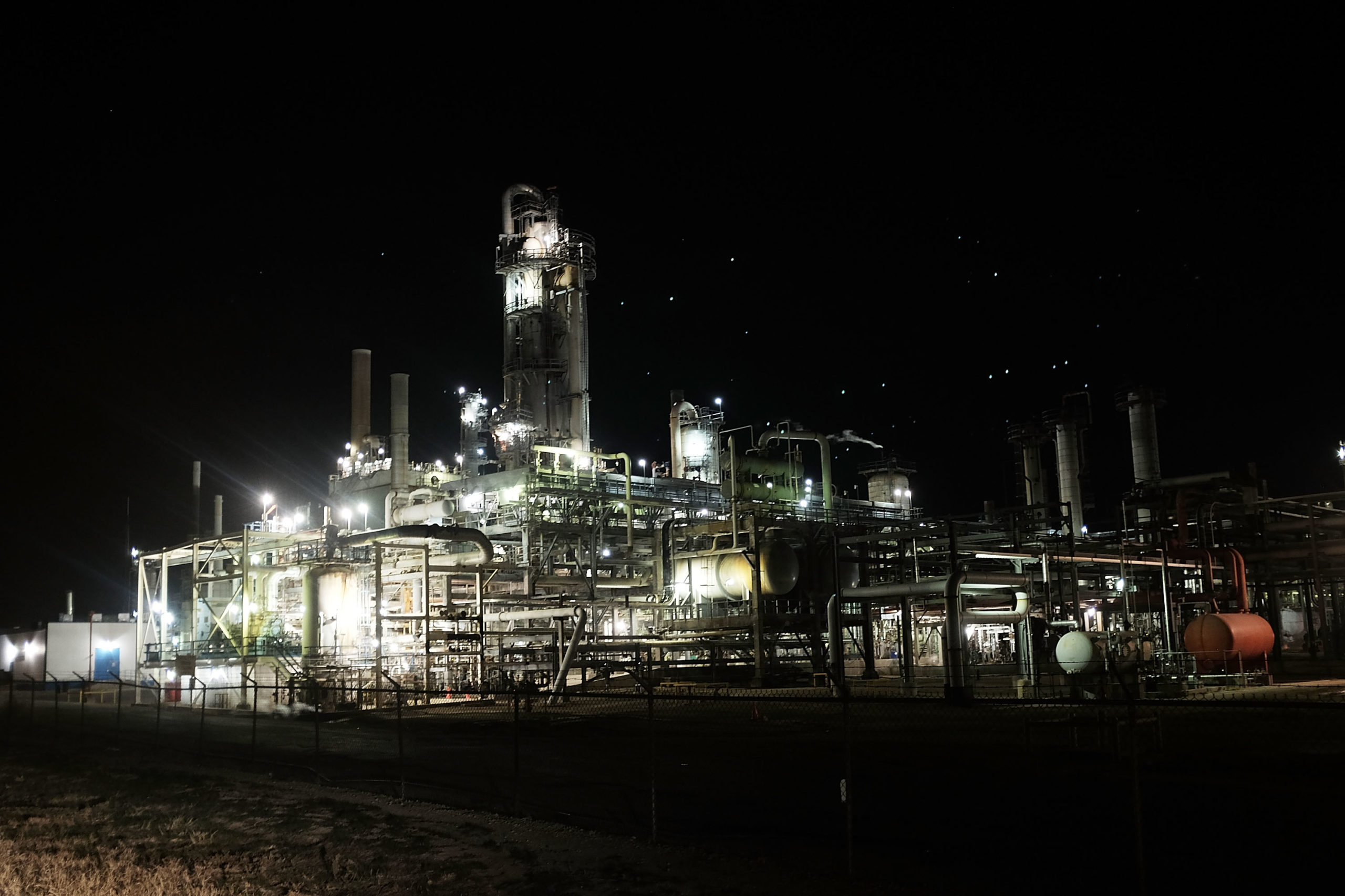 Nuclear had its own problems, too, but it seems to a much lesser degree than both wind and gas.

One of the reactors at the South Texas Nuclear Power Station, which normally supplies 2 million Texas homes with power, shut down Monday during the polar vortex due to a disruption in one of the reactor’s feedwater pumps, as reported by the Washington Examiner. The feedwater pump failed because the South Texas plant was not built for extreme winter weather conditions, but the failure did not put the reactor at risk and was part of normal safety procedures, the Washington Examiner reported.

The failures of nuclear power in Texas accounted for some 1,280 megawatts of a 30,000 megawatt shortage at one point in time that contributed to the outages, or 4.2% of the shortage, the Washington Examiner reported. Typically, nuclear power accounts for around 11% of Texas’ electricity generation.

ERCOT could not tell the Caller the precise figures for what amount of the thermal outage was due to the temporarily-downed South Texas reactor, as rules dictate that data is classified for 60 days, Sopko said. However, she said that ERCOT is trying to get that rule waived because of this crisis. 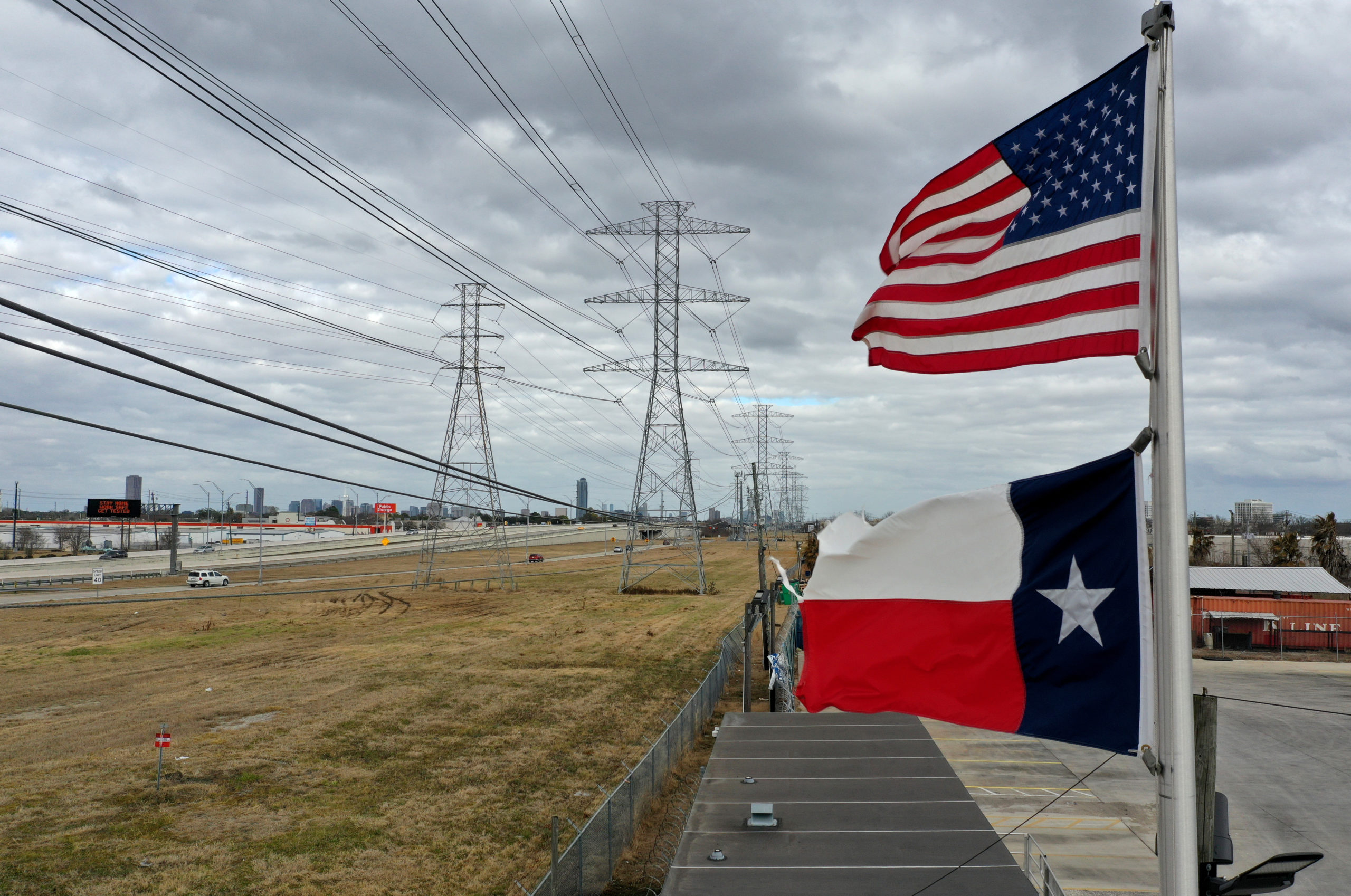 Beyond its reliability in unforeseen weather conditions, nuclear power may be more attractive than alternatives because of its high capacity factor.

The capacity factor is the maximum amount of energy that a given installation can produce over a period of time versus its actual output, according to the nonprofit NMPP Energy.

This is important because a nuclear reactor with one gigawatt of capacity cannot be replaced by a coal, natural gas or wind power plant of the same capacity. To account for the same amount of output over a given period of time, a state would need almost two coal power plants and nearly three wind plants that have a one gigawatt capacity because of different capacity factors, the Office of Nuclear Energy said.

For Kotek, “the bottom line is that nuclear energy, which accounts for more than half of our nation’s carbon-free energy today, is a valuable asset in our progress towards a future electricity grid that is both carbon-free and resilient and can create thousands of well-paying jobs in an increasingly clean energy system,” he told the Caller.

Milloy’s sentiments on political opposition to nuclear energy seem to be coming true, and not because Republican lawmakers are beholden to Texas oil-barons worth well more than their weight in black gold. Democrats recently did not include provisions regarding nuclear power in their re-introduced GREEN Act, which provides tax credits for wind and solar, and other green energy incentives, according to the Washington Examiner.

“If global warming alarmists really think global warming is a problem, then wind and solar and efficiency cannot possibly be more than minute parts of the solution. Nuclear is the only currently viable technology that could radically reduce greenhouse gas emissions in a crash program over the next eighty years or so,” Ebell told the Caller.

The data coming out of Texas could indicate that nuclear power may be a solution to the desire for a sustainable source of energy as well as the need for a source reliable enough to provide power to people during emergencies.