Former Cuomo staffer Lindsey Boylan shared details of her allegations against the governor in a Medium post Wednesday. Boylan, who worked for the Cuomo administration from March 2015 to October 2018, said that the governor kissed her without her consent during a one-on-one briefing, made her uncomfortable, and made a number of sexually charged comments to her.

The governor’s office has denied these allegations, saying that her “claims of inappropriate behavior are quite simply false.” Cuomo’s office did not respond to further requests for comment from the Daily Caller News Foundation.

“The allegations of sexual assault against Judge Kavanaugh are disturbing and deeply concerning,” Cuomo tweeted. “We owe it to the American people to #BelieveSurvivors. I call on the Senate to postpone any vote until these allegations are fully investigated.”

The governor also said in a separate October 2018 tweet: “Elected leaders have a responsibility to stand up for survivors of sexual abuse. Senate Republicans must #BelieveSurvivors.” 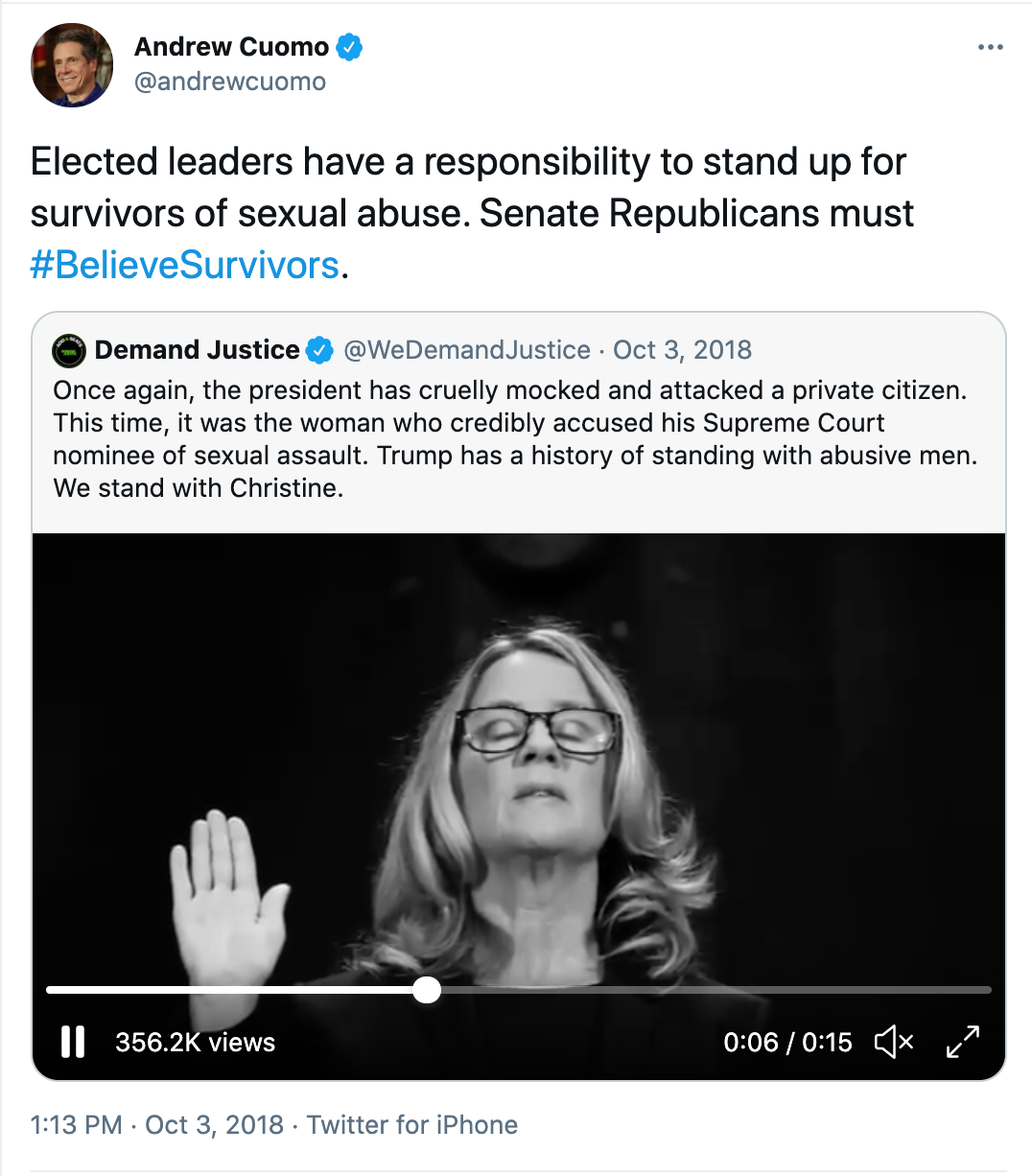 Cuomo staffers John Maggiore, Dani Lever and Abbey Fashouer Collins as well as former President and CEO of Empire State Developments Howard Zemsky aid in a statement provided to the DCNF, “We were on each of these October flights and this conversation did not happen.”