Republican Illinois Rep. Mary Miller will introduce a bill Friday that would protect spaces for women and girls in school, such as bathrooms, locker rooms and sports teams. The bill would also clarify that when Title IX defines “sex,” it means “sex determined solely by aperson’s reproductive biology and genetics at birth.”

The Daily Caller first obtained a copy of the legislation which is titled the Safety and Opportunity for Girls Act. Miller, who has five daughters herself, decided to put the bill together after President Joe Biden signed an Executive Order to interpret Title IX as requiring schools to allow access to sex-segregated spaces and activities based on gender identity on his first day in office.

Biden’s executive order specifically mentions restrooms, locker rooms and sports in schools would be targeted. Girls would no longer have spaces to change their clothes or go to the bathroom, as biological males would have access to their spaces. Miller’s bill also focuses on women’s sports and how it is unfair for a biological male to compete against a biological female.

Miller explained to the Daily Caller that women would be put at risk and that Biden is threatening their safety if the executive order is implemented and enforced.

“Democrats continue to push radical gender ideology on our children, and we must draw the line to protect women and girls. On his first day in office, President Joe Biden signed an Executive Order to interpret Title IX as requiring schools to allow access to sex-segregated spaces and activities based on gender identity. But Title IX was created to enhance athletic opportunities for women, not threaten their safety. This is why I’m sponsoring the Safety and Opportunity for Girls Act,” Miller said.

“I want make it clear that the definition of sex in Title IX means biological sex, not gender identity. My goal is to protect spaces like bathrooms, locker rooms and sports teams for women like my five daughters, and so many others across the country,” Miller continued. (RELATED: ‘Biology Is Not Bigotry’: Republican Lawmakers Rebuke ‘Equality Act’ Over Transgender Policies, Abortion Mandates) 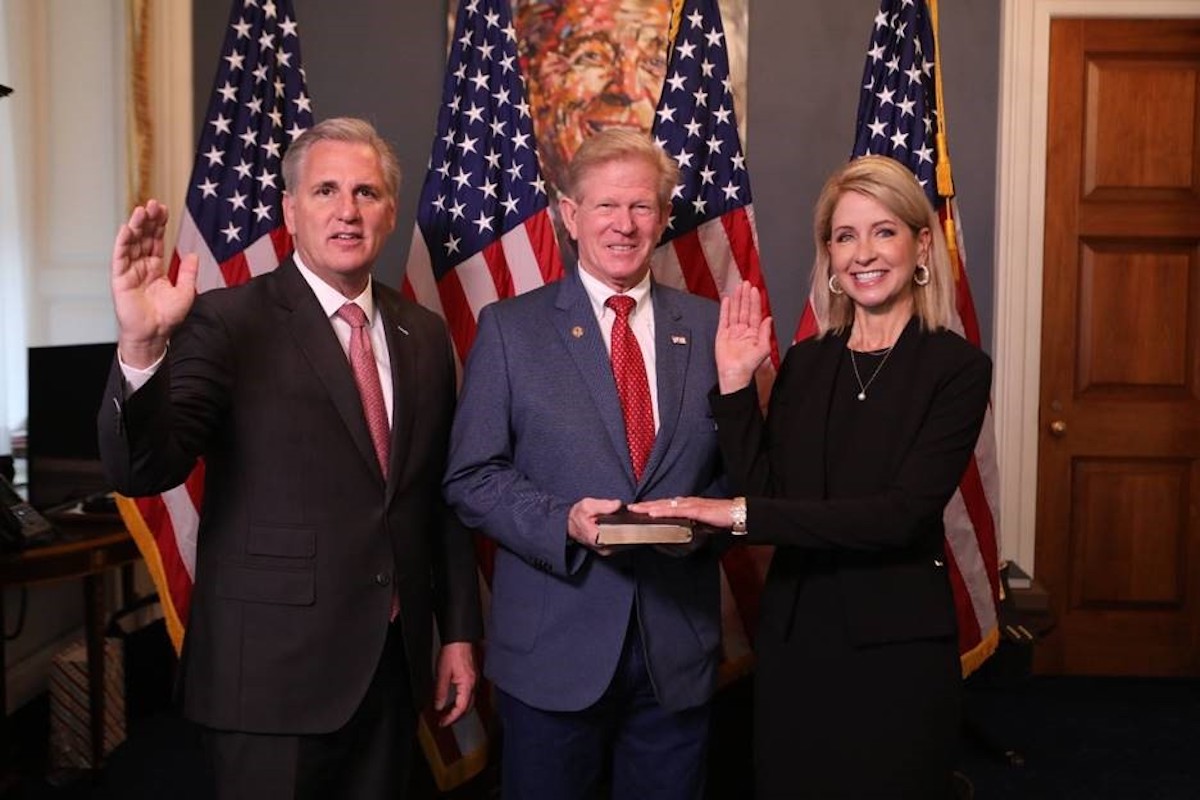 The House is set to vote Thursday afternoon on the Equality Act, which would change existing civil rights law to include gender identity and sexual orientation. It would allow girls to compete against boys in sports and it allows doctors to provide sex-change procedures to minors if their parents approve. (RELATED: Biden Vows To Pass ‘Equality Act’ During His First 100 Days In Office)

The Equality Act was originally killed by a Republican-controlled Senate in 2019. Now Democrats have a chance to pass the legislation, as they have a majority in the House and Senate.