John Durham will remain as special counsel overseeing an investigation into the origins of the Trump-Russia probe, a Justice Department spokesman told the Daily Caller News Foundation after Durham announced his planned resignation on Friday as U.S. attorney for Connecticut.

Durham announced that he will leave the post at midnight Sunday.

The Justice Department also created a page on the agency’s website dedicated to Durham’s investigation, much as it did during the special counsel probe led by former FBI Director Robert Mueller into the Trump campaign’s possible ties to Russia. (RELATED: Barr Taps John Durham To Serve As Special Counsel)

Durham is one of dozens of federal prosecutors resigning from office at the request of President Joe Biden. Like many of his predecessors, Biden sought resignations to appoint his own nominees to the Senate-confirmed positions.

It was reported earlier this month that Biden planned to allow Durham to remain with the Justice Department as special counsel. Attorney General William Barr gave him that designation on Oct. 19, 2020.

Biden is also allowing David Weiss, the U.S. attorney for Delaware, to remain in office. Weiss is investigating Biden’s son, Hunter, over his foreign business dealings and taxes.

Merrick Garland, the federal appeals court judge nominated to serve as attorney general, dodged questions during his confirmation hearing this week about how he will handle the Durham probe, and whether he would release a report of the investigation. 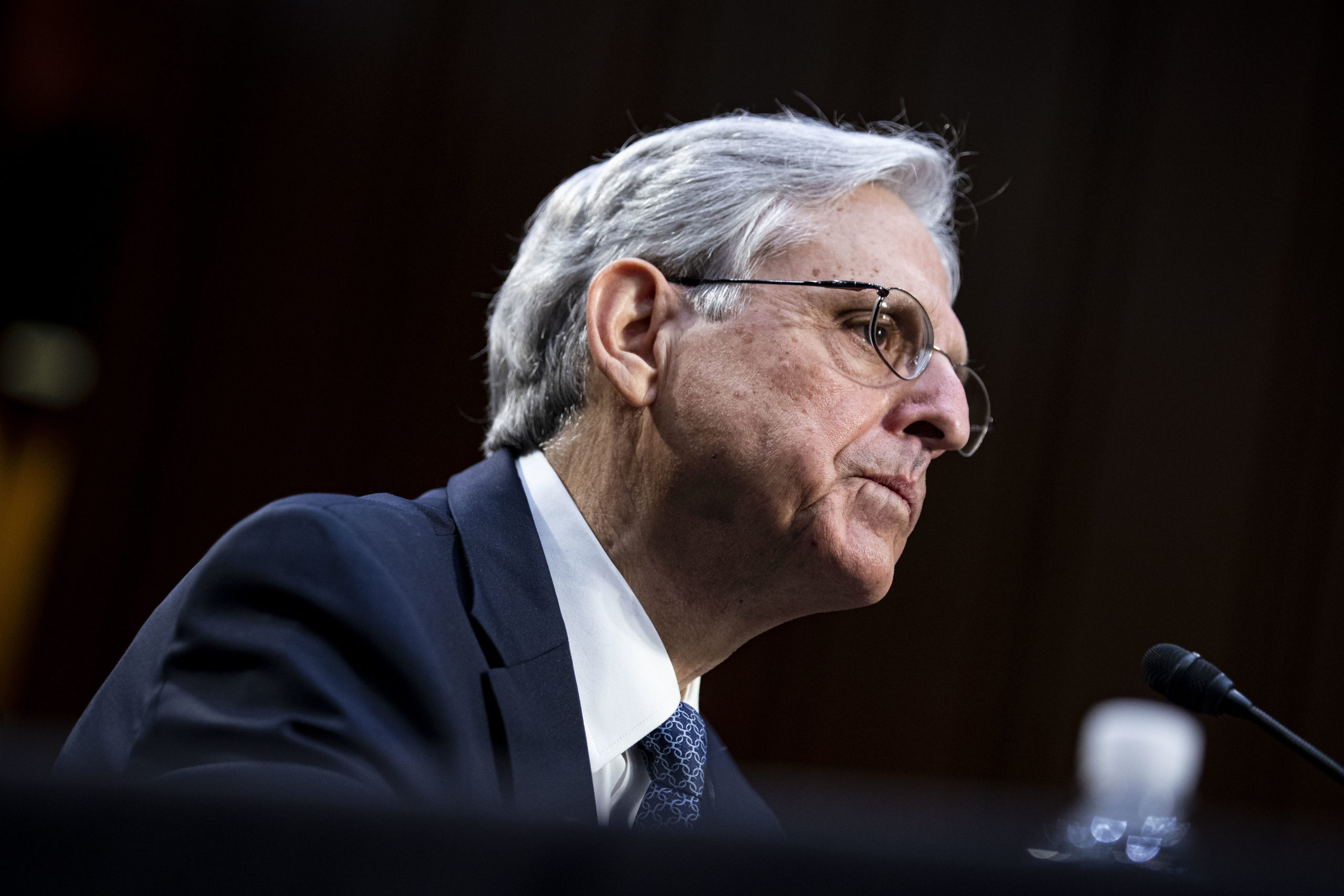 Attorney General nominee Merrick Garland listens during his confirmation hearing before the Senate Judiciary Committee in the Hart Senate Office Building on February 22, 2021 in Washington, DC. Garland previously served at the Chief Judge for the U.S. Court of Appeals for the District of Columbia Circuit. (Photo by Al Drago/Getty Images)

He said he saw “no reason” why Durham would not stay on as special counsel, but he added that he will first “have to talk with Mr. Durham and understand that nature of what he’s been doing, the nature of the report.”

Iowa Sen. Chuck Grassley, the top Republican on the Senate Judiciary Committee, told Garland that his commitment to keeping Durham was “not quite as explicit” as he had hoped.

Barr tapped Durham for the investigation in April 2019. The probe has largely tracked revelations from a Justice Department inspector general’s report that found that the FBI misled the Foreign Intelligence Surveillance Court in order to obtain warrants to surveil former Trump campaign adviser Carter Page.

Barr has said Durham was investigating the activities of the FBI, CIA, other intelligence agencies and certain “private actors” he did not name.

Durham has also looked into the creation of the dossier compiled by Christopher Steele, a former British spy who investigated the Trump campaign on behalf of the Democratic National Committee and the Clinton campaign. The FBI relied heavily on the dossier in its applications to surveil Page, but many of its allegations have since been debunked.

Durham has landed just one conviction so far in his investigation. Former FBI attorney Kevin Clinesmith pleaded guilty on Aug. 19, 2020, to altering an email about Page’s past affiliation with the CIA. A federal judge sentenced Clinesmith to 12 months probation last month.