A self-identified neo-Nazi and white supremacist was sentenced Friday to nearly 20 years in prison for his plot to blow up a Colorado synagogue, the Department of Justice announced.

Richard Holzer, a 28-year-old man from Colorado, will be under supervised release for 15 years after serving over 19 years, according to the Justice Department. Holzer pleaded guilty to federal hate crime and explosives charges for scheming to blow up the Temple Emanuel Synagogue located in Pueblo, Colorado. (RELATED: Accused White Supremacist Arrested For Trying To Bomb Colorado Synagogue)

Holzer told undercover FBI agents he intended to show Jews they had to leave or “people will die,” according to the Justice Department. 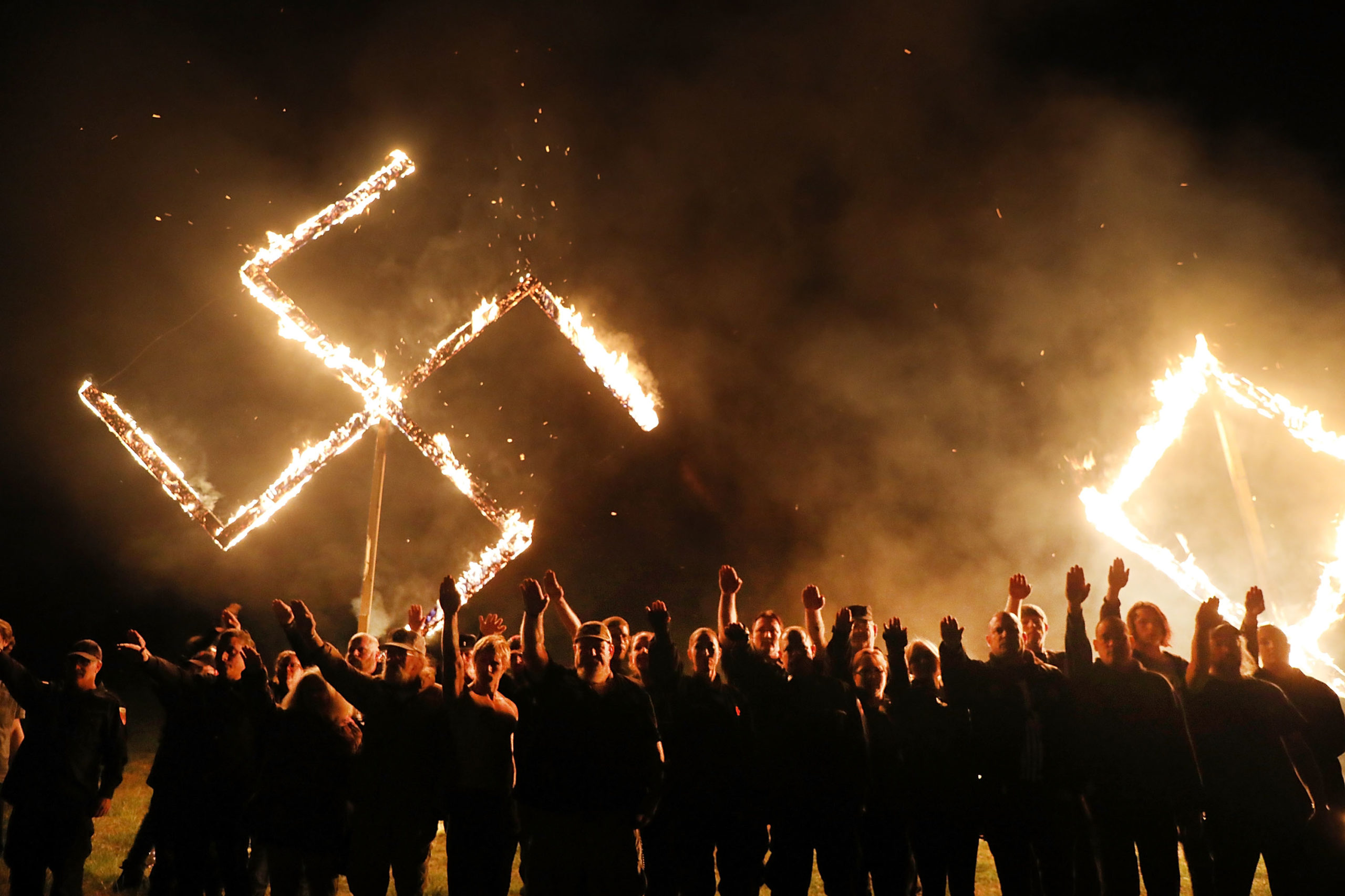 DRAKETOWN, GA – APRIL 21: Members of the National Socialist Movement, one of the largest neo-Nazi groups in the US, hold a swastika burning after a rally on April 21, 2018 in Draketown (Photo by Spencer Platt/Getty Images)

Holzer plot, which he called “a move for our race,” followed years of consuming and spreading white supremacist ideology, according to the Justice Department.

The Colorado man also sent pictures of himself holding automatic weapons to an undercover FBI employee who had contacted him, according to the Justice Department. He also said he was preparing for “RAHOWA,” or a racial holy war.

Holzer visited the synagogue to observe its congregants and told associates for months that he wanted to attack it, according to the Justice Department. He repeatedly told undercover agents about his hate for Jews and said he wanted to get the synagogue “off the map.”

Holzer also admitted to to working with agents to obtain pipe bombs and other explosives.

The agents gave Holzer fabricated explosives, including two pipe bombs and 14 sticks of dynamite and other explosives, according to the Department of Justice. Holzer called the bombs “absolutely gorgeous” after taking “Mein Kampf” out of his bag.