Delta Airlines, one of the United States’ largest airline operators, will pay its managers bonuses ranging from a few thousand dollars to more than $100,000 as compensation for pay cuts during the pandemic’s start early 2020.

The move by the Atlanta-based airline, a recipient of billions of dollars in federal aid in 2020, was first reported by the air travel blog Travel From The Wing, and confirmed by a Delta spokesperson, according to the blog.

The bonuses Delta intends to hand out can be broken down into the following categories, according to a source familiar with the matter, Travel From The Wing reported:

Delta managers faced pay cuts in 2020 when the airline was facing an adverse demand shock in air travel brought by the COVID-19 pandemic. That year, the company also reduced by 25% the work hours of thousands of its employees, earning the criticism of several lawmakers, according to CNBC. 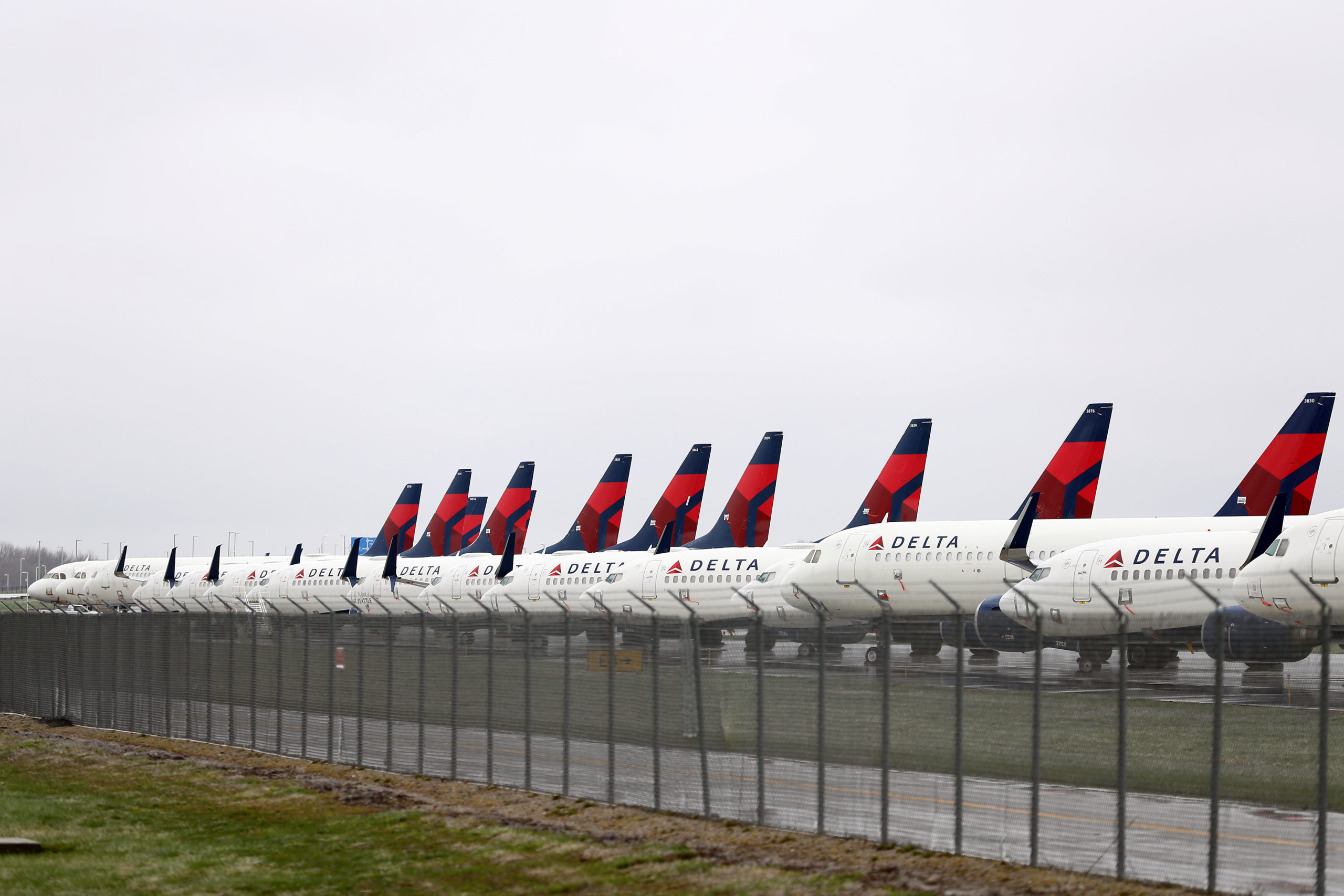 Planes belonging to Delta Air Lines sit idle at Kansas City International Airport on April 03, 2020 in Kansas City, Missouri as U.S. carriers reported an enormous drop in bookings amid the spread of the coronavirus that year. (Photo by Jamie Squire/Getty Images)

Despite the billions of dollars in losses in 2020, the company did not have to resort to involuntary furloughs or lay-offs last year, reported CNBC. This was partly due to 18,000 workers, who comprise 20% of Delta’s pre-COVID workforce, having signed up for buyouts and early retirement packages that year, according to the outlet.

The CARES Act also set limitations on the executive compensation airlines can hand to officers and workers with total compensation that exceeded specific thresholds, according to the AJC. Delta maintains that it is not violating those limitations in its program to provide bonuses to its managers.

“While all Delta people were affected by the worst year in our history, following a comprehensive pay review of all levels in our organization below the executive officer level, we identified levels that were disproportionately impacted as a result of last year’s events and made a one-time adjustment payment,” Delta said in a statement defending the bonuses its giving to its managers.

The company maintains that upper-level managers faced bigger cuts in total compensation in 2020, because a sizeable chunk of their salaries depends on how the company performs, reported the AJC.

The pilots’ union criticized the move, saying that it violates the “spirit of the CARES Act,” according to CNBC.

“While we are confident that Delta will recover quickly once the country comes through the pandemic, the payment of special bonuses to management while the airline is still burning cash is premature and inappropriate,” Chris Riggins, Air Line Pilots Association spokesperson, said in a statement, CNBC reported. “We also believe the payment of bonuses limited to management is inconsistent with the spirit of the CARES Act. This was an unfortunate and shortsighted decision.”

Delta and its competitors are expected to receive additional federal funding, according to CNBC.