President Joe Biden endorsed the ongoing effort to unionize the workforce at an Amazon warehouse in Alabama, giving hope to labor leaders.

Biden tweeted his support for the effort on Sunday, nearly one month after the Bessemer, Alabama warehouse workers began voting in favor of or against unionizing. Biden said workers in Alabama, and nationwide, deserved the right to choose for themselves whether they wanted to join the union, but didn’t mention Amazon by name.

“The choice to join a union is up to the workers – full stop,” he continued. (RELATED: Corporations That Support The $15 Minimum Wage Can Afford It. Here’s Who Can’t)

The Alabama Amazon workers first filed notice of a vote to form a union in November in an attempt to become the company’s first unionized workers. The warehouse workers would become members of the Retail, Wholesale and Department Store Union (RWDSU) if the unionization vote, which began on Feb. 8 and will last until the end of March, passes. 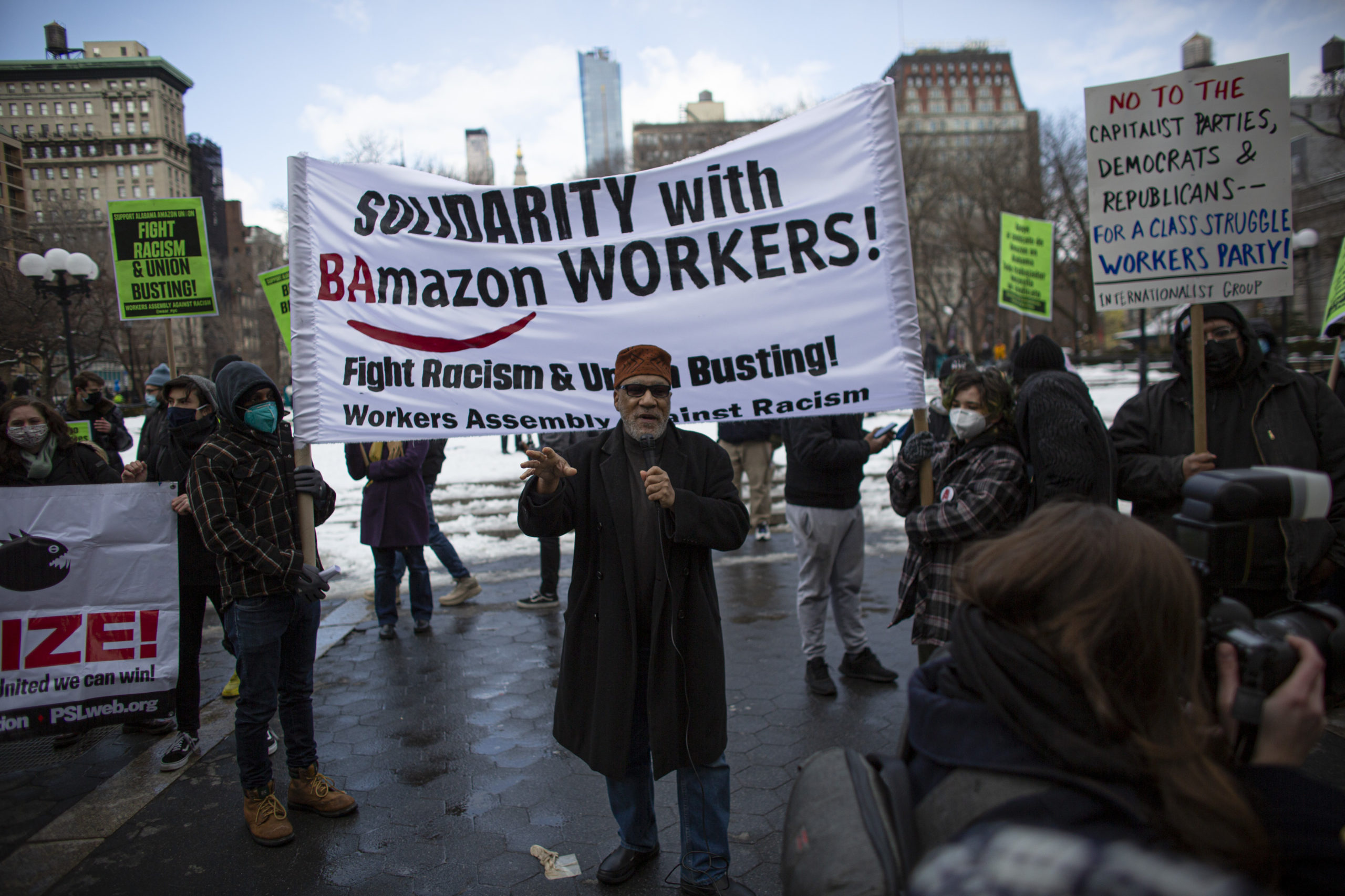 People gather during a protest in support of Amazon workers in Union Square, New York on Feb. 20. (Kena Betancur/AFP via Getty Images)

“Thank you, President Biden, for sending a clear message of support for the BAmazon Union workers in Alabama seeking to bring the first union to an Amazon warehouse with the RWDSU,” RWDSU President Stuart Appelbaum said in an emailed statement Sunday evening.

“As President Biden points out, the best way for working people to protect themselves and their families is by organizing into unions,” he continued.

Appelbaum said in early February that he and other RWDSU representatives spoke with a senior White House adviser about the union’s effort in Alabama, Reuters reported. Progressive labor activists had recently expressed dissatisfaction that Biden had yet to endorse the effort, according to HuffPost.

Meanwhile, Amazon has fiercely advocated against its Bessemer employees unionizing, according to The Washington Post. The company has reportedly posted fliers around the facility, including in bathrooms, attempting to convince workers to vote against unionization.

Amazon was criticized last week after it posted targeted ads on its video live streaming platform Twitch encouraging Alabama workers to vote against the unionization effort, according to The Verge. Twitch apologized for the ads and said it would ensure similar content wouldn’t be allowed in the future.

Amazon told the Daily Caller News Foundation in February that it supports the rights of its workers, but believes its in their best interest to vote against unionization.

The National Labor Relations Board will certify the Alabama workers’ proposed union if a simple majority of the workers vote in favor of it during the election.