Twenty-two House Democrats urged the Biden administration to overrule the Senate parliamentarian and include a $15 hourly minimum wage in the president’s coronavirus relief package.

The group, led by California Rep. Ro Khanna, made their request in a letter addressed to President Joe Biden and Vice President Kamala Harris, noting that 81 million Americans voted for them partially because they called for a $15 minimum wage.

“We urge you to keep that promise and call on the Presiding Officer of the Senate to refute the Senate Parliamentarian’s advice on a Byrd Rule point of order and maintain the $15 minimum wage provision in the American rescue plan,” the letter said.

The letter also referenced historical precedent for overruling the parliamentarian, citing Vice President Hubert Humphrey’s decision to do so when lowering the filibuster threshold from 67 to 60 votes in 1967, and citing additional efforts in 1969 and 1975. (RELATED: Is A $15 Minimum Wage Dead? Not Necessarily)

In 2001, the last time the chamber was split 50-50, Senate Republicans fired the parliamentarian after he ruled against their legislative agenda. 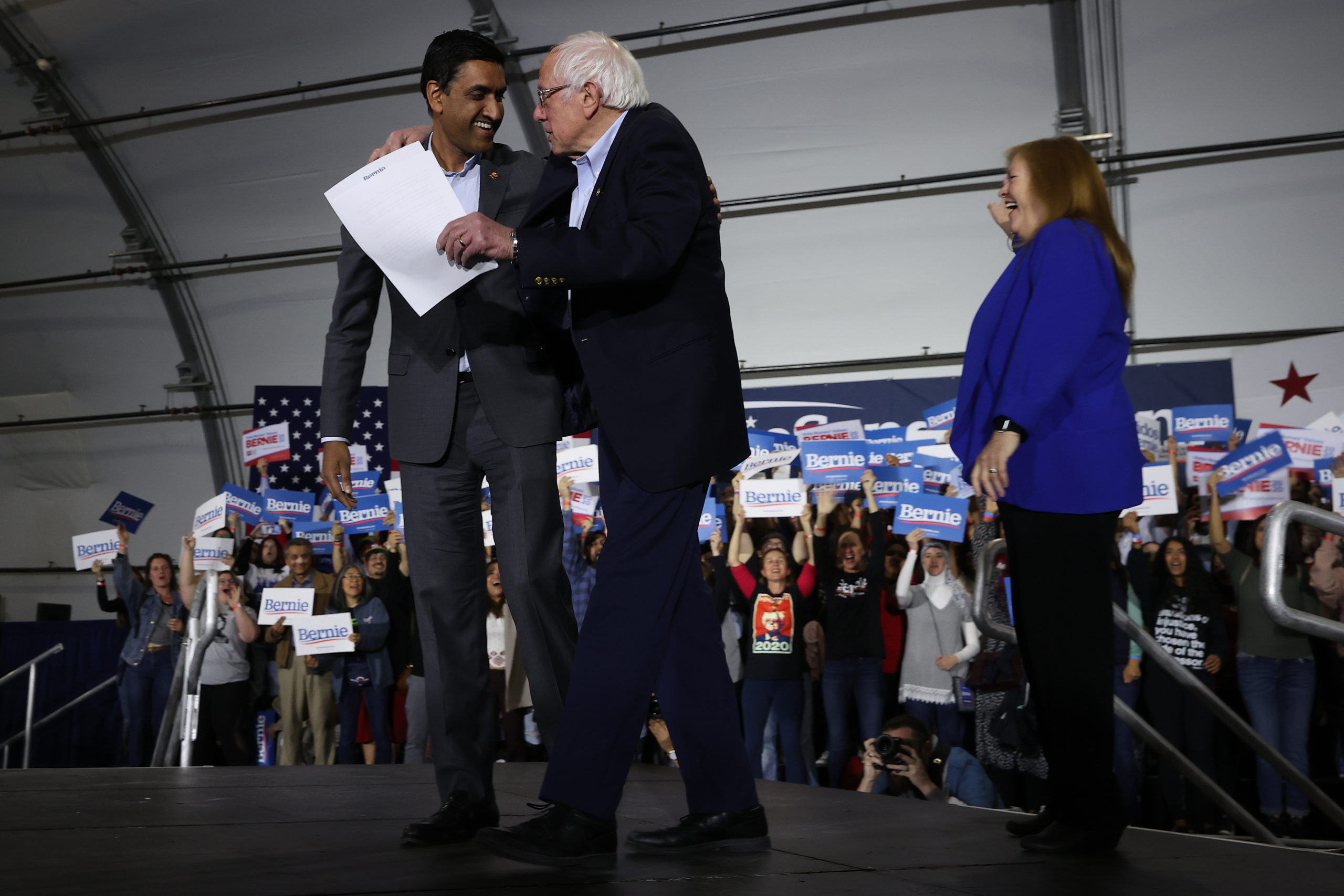 “For the last twelve years, working Americans have struggled to get by under a federal minimum wage that remains stuck at $7.25 per hour. Since its establishment in 1938 as part of the New Deal, the federal minimum wage has never gone this long without a boost,” the letter said, adding that its stagnation has “disproportionately hurt Black and Brown workers,” as well as women.

“The outdated and complex Byrd rule rooted in restricting progress must not be an impediment to improving people’s lives,” the letter said. “You have the authority to deliver a raise for millions of Americans.”

The Senate parliamentarian ruled late Wednesday that a $15 minimum wage provision could not be included in the relief package. Democrats are using budget reconciliation to pass the package with a simple Senate majority instead of 60 votes, but the legislative tool mandates that only budget-related measures can be included.  (RELATED: Bernie Sanders Blasts Senate Parliamentarian’s Decision)

Though Biden campaigned on a $15 minimum wage and was upset with the parliamentarian’s decision, his administration has said that he would abide by her ruling.

It also remained unclear as to whether a $15 minimum wage would have majority support in the Senate, since two Democrats have already announced their opposition.

West Virginia Sen. Joe Manchin said that he opposed a $15 minimum wage, instead calling for it to be raised to a lesser number, while Arizona Sen. Kyrsten Sinema said that she did not support its inclusion in the relief package on the grounds that it violated budget reconciliation rules.