At least 18 protesters died and several others were injured after security forces used live rounds and teargas as crowd control agents across Myanmar Sunday, the Associated Press reported. Security officials deployed teargas into crowds of protesters and chased others who were meeting in Yangon Monday.

“It was chaotic, very difficult to breathe,” 29-year-old Yangon activist Hein Ya Za said, The Wall Street Journal reported Sunday. “But we weren’t afraid. We just washed out our eyes and our noses with Coca-Cola, some people used milk, and kept on.” 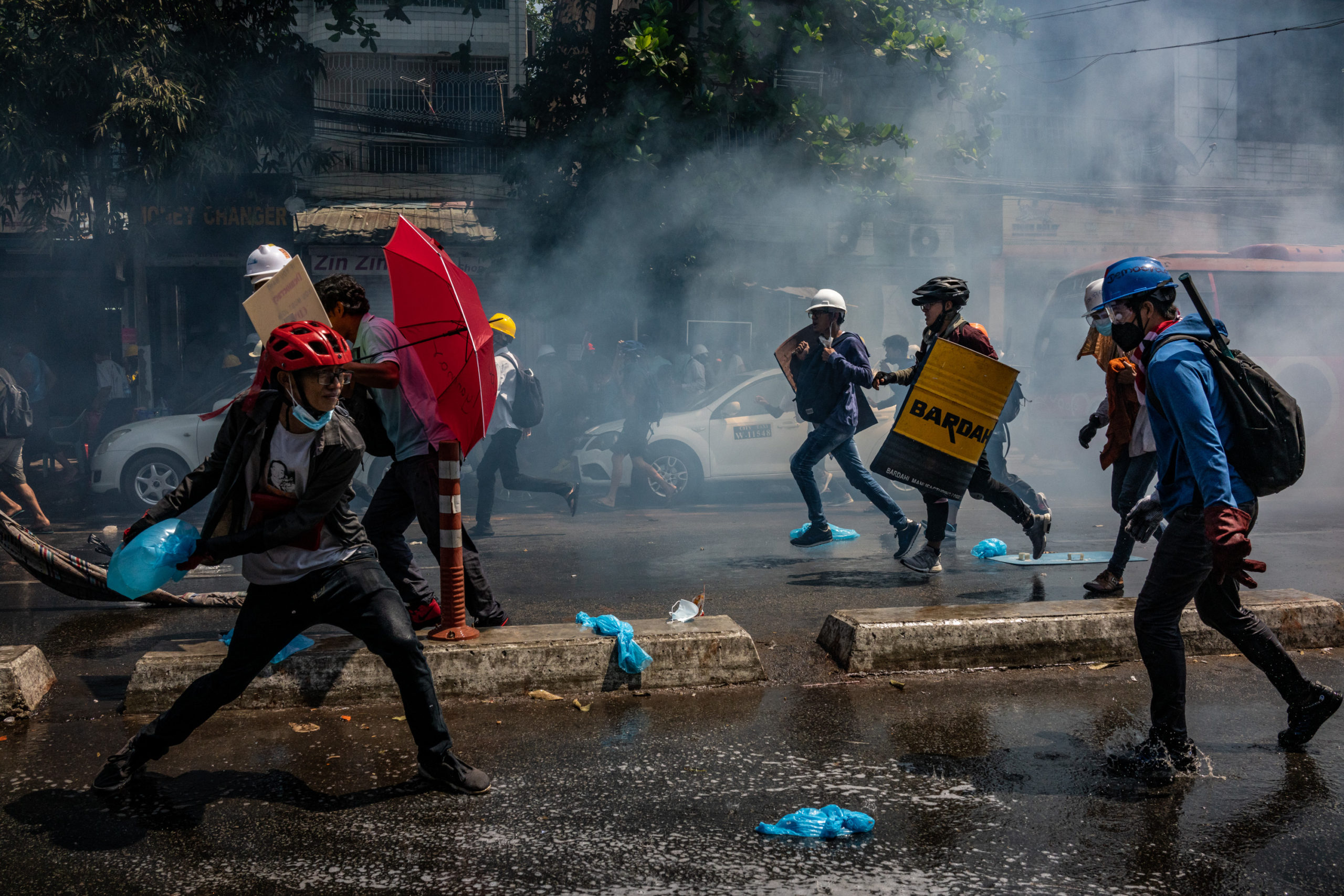 The military’s response to largely peaceful anti-coup demonstrations across Myanmar has become increasingly violent, the AP reported. At least five protesters were reportedly killed when security forces started shooting into the crowd Sunday.

People created shrines on sidewalks where protesters died and paid their respects to the families of victims as they received bodies from the hospital, the AP reported. 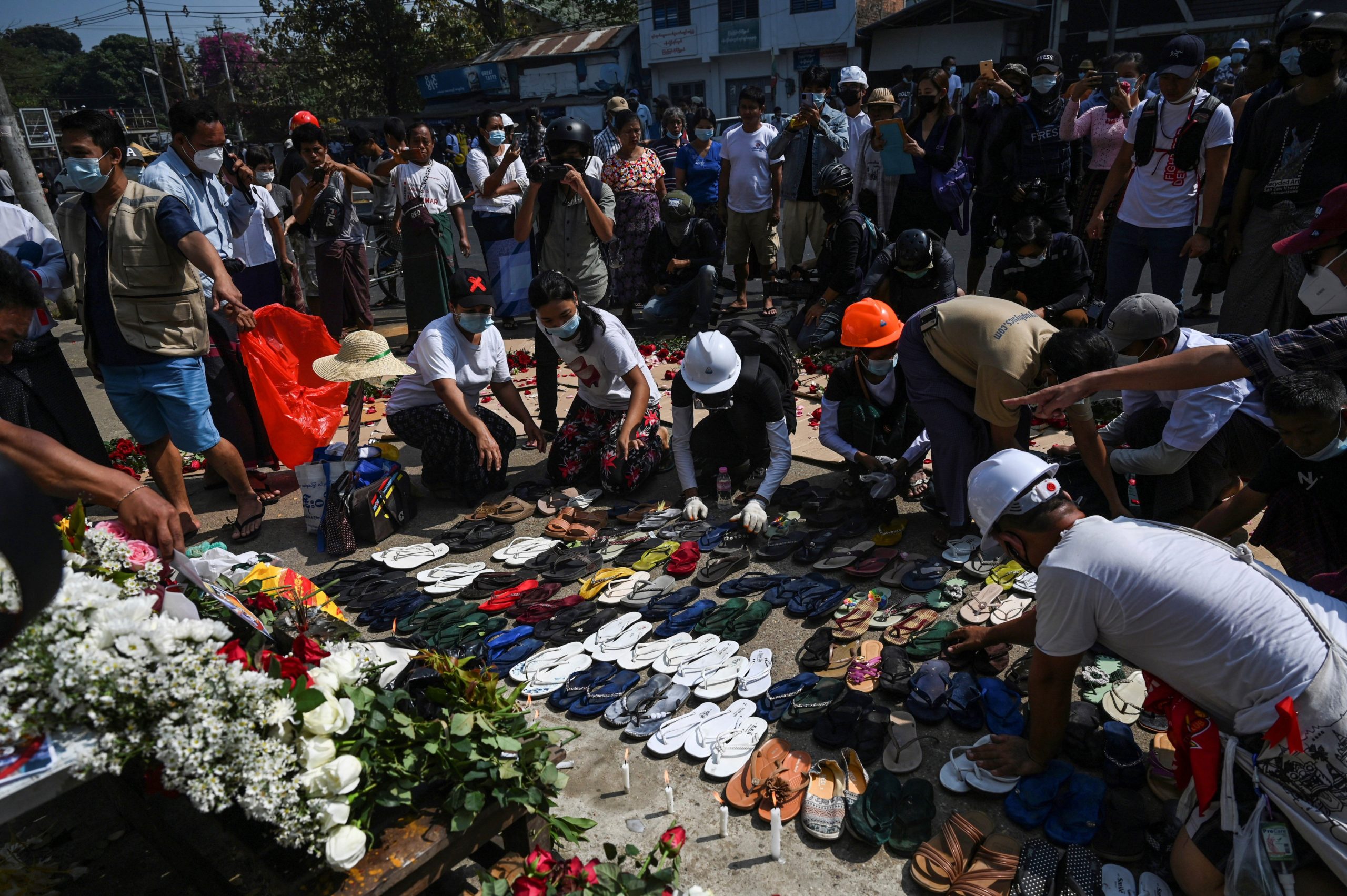 Protesters arrange abandoned flip flops and other belongings next to a makeshift altar for teacher Tin Nwe Yi left behind during a crackdown in Yangon on March 1, 2021 after she was killed during a demonstration against the military coup. (Photo by STR/AFP via Getty Images)

The junta “is exercising utmost restraint to avoid the use of force in managing the violent protests systematically, in accordance with domestic and international laws in order to keep minimum casualties,” a statement by the Myanmar Foreign Ministry in the state-run newspaper said Monday, the AP reported. (RELATED: Police Injure Protestors With Excessive Force In Myanmar)

The military coup began Feb. 1 as newly elected officials were scheduled to take office, however several senior officials, including the president, were detained by the military, the AP reported. The junta announced it will control Myanmar for one year before holding another election.

The military detained and charged ousted leader Aung San Suu Kyi, 75, with inciting unrest and another unnamed offense, according to the AP. The charges could prevent her from running in the election following the coup.